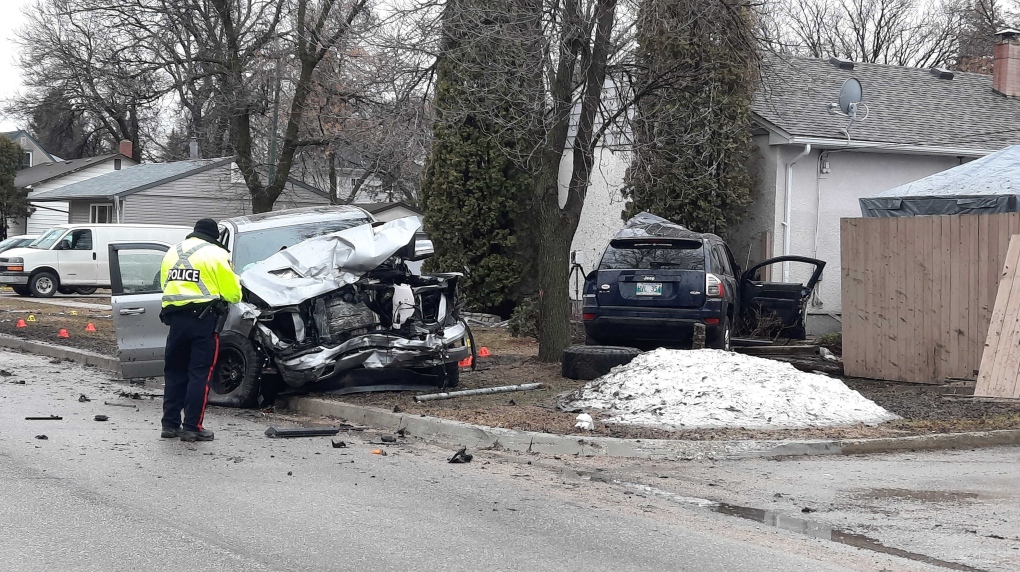 Winnipeg police were on the scene of a fatal crash Sunday morning in the Transcona area.

Police were called to Bond Street and Kildare Avenue West around 2:20 a.m. for reports of a two-vehicle crash.

Police said a 24-year-old woman, who was driving one of the vehicles, was extracted from her vehicle and taken to hospital in critical condition. However, police said that she later died from her injuries.

Police said the occupants of the other vehicle left the scene.

Both vehicles can be seen with extensive damage. One of the vehicles appeared to have hit a house, while the other had significant damage to the front end, was missing a rear tire, and was on the sidewalk.

Police have cordoned off the area and several markers have been placed around the area.

A lot of debris can also be seen scattered on the road.

Officers spoke to witnesses in the area, but police want to speak to anyone else who may have information about the crash.

A witness who spoke to CTV News said he and his girlfriend were watching a movie when they heard a loud bang and he walked to the scene.

“I walked to the other side of the truck and a gentleman was crawling out of the back,” Chris Brown said. “Eventually, they just jumped up and started walking away like nothing happened and that was it. We were trying to tell them, ‘walking away is only going to make this worse for you.