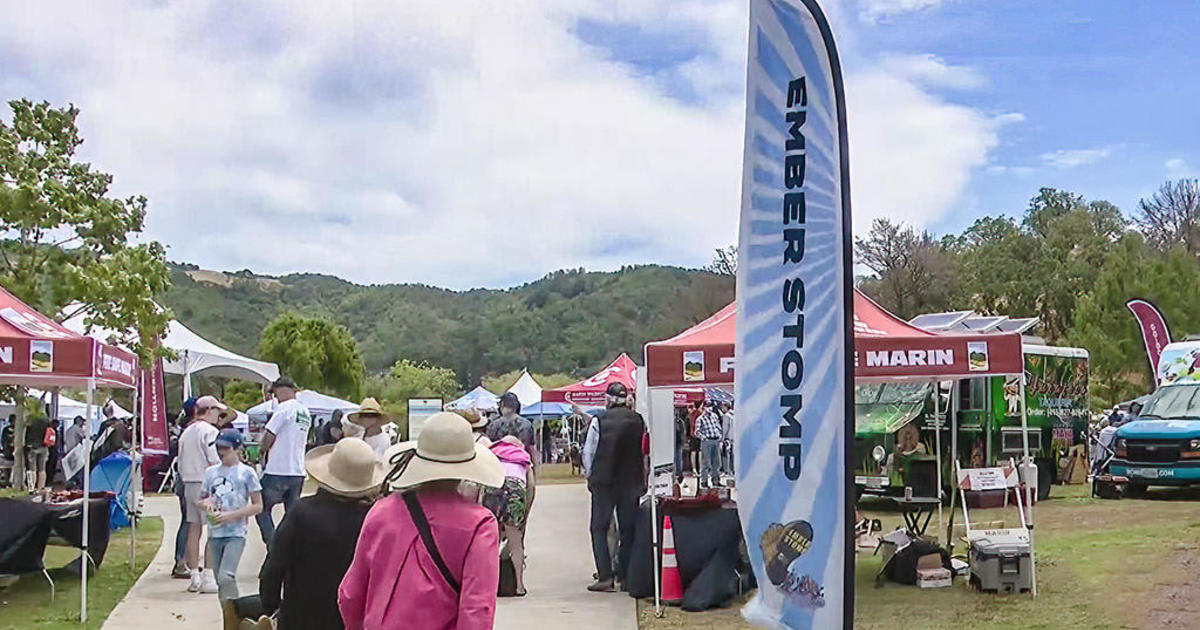 SAN RAFAEL (KPIX) — Marin County has been one of the most proactive areas for wildfire prevention in the nation, so on Saturday in San Rafael, people celebrated that fact with a new event called “Ember Stomp”, a festival for residents. to explore ways to stay safe from fires.

When it comes to wildfires, Marin residents have been lucky. They haven’t had a disastrous wildfire yet, but everyone who attended the Ember Stomp festival knows how real the danger is.

There was music and food and even a petting zoo where kids could meet other “kids” (baby goats) who keep the hills clear of brush and weeds.

Primarily, the event was a way to bring everyone involved in fire safety together in one place.

Marcy Betlach lives next to a wooded open space that she said makes her nervous in more ways than one.

“When the wind picks up, sometimes it’s a little hard to sleep, you know?” she said.

At the festival, he was on a mission to deal with one of the most common entry points for wildfires.

“I’m going to replace my vents in case embers fly up my driveway,” he said. She admitted that it was something that she had never worried about in the past. “This is all new,” she said. “There’s a lot of awareness out there and I’m paying attention.”

The industry is also paying attention and many new firefighting companies have sprung up to meet the demand.

Fortress Fire Retardant Services displayed a massive tanker truck they call “Big Red” that, for a price, can clean yards and even entire homes with a special retardant coating that draws moisture from the surrounding air.

“When the wildfire is out there and you have the embers burning, they’re going to be hitting a wet retardant and it’s going to retard a fire from starting,” said Travis Marsh of Fortress.

The basic lessons are becoming familiar: Keep flammable material from directly touching the structure and clear foliage from at least five feet away. Plants used in landscaping are also important, but Sophia Porter, an educator at UC Cooperative Extension, says that even if people can’t do everything, they should at least do something.

“I really want to empower the community and people in general to know that any small step they take is a step in the right direction.” Porter said.

Marin County can’t prevent wildfires forever, but Ember Stomp’s message was that anything done today, no matter how small, can have an impact on what happens tomorrow.

“There’s going to be a fire at some point,” Chief Lando said. “But the damage will be less than it would have been if we hadn’t done this kind of organizing and if we hadn’t brought people together in this way.”