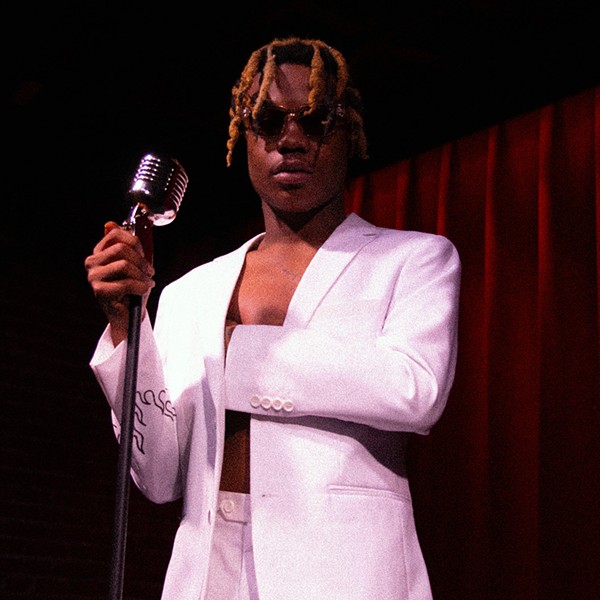 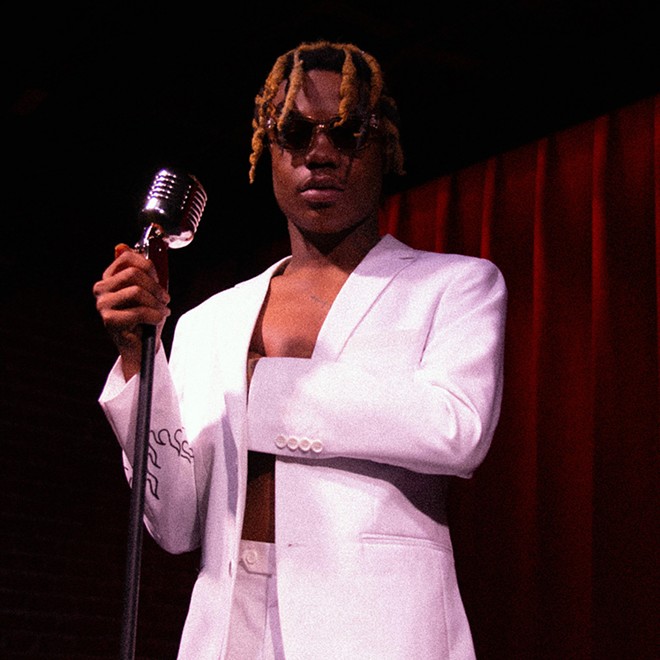 King B may be an entrepreneur, creative director, brand builder, film writer, actor, but he is best known as a musician. Born Lawrence Neal Bolden, King B grew up in Pine Lawn in St. Louis County, an area known for its poverty and high crime. He developed an appreciation for music from his family, especially his grandmother, a musician who played gospel and R&B, and his great-grandmother, who led a church that worshiped in his home.

Buzz built around King B from the start, and a deal with RCA Records pushed him further into stardom. He has appeared on platforms like MTV, Revolt TV, and Complex and has collaborated on tracks with Rich the Kid, Lil Durk, and Blac Youngsta, among others. With millions of streams on their debut album heartbreaker hotel — featuring soulful, catchy singles like “No More Crying” and “When They Need You” — their future is bright. Spiritually connected, King B has the ambition to change the world through love and music. St. Louis should be proud of what he stands for and who he has helped create.

The RFT caught up with the Los Angeles rapper to discuss the influence of his St. Louis roots on his music and his ambitions.

Who are you, where are you from, your family, can you give me a summary?

My name is King B, and I am 22 years old. I grew up in Pine Lawn, a small community. Basically, growing up at the time, my dad was in prison, so I was back and forth between my mom and grandma a lot. My grandmother taught me everything, she made sure that she was musically inclined. I’ve been dancing, singing, playing instruments, everything, since I was a kid. My mom wanted me to get a better education, so I started going to school in Hazelwood. I took the MetroLink from Hanley Station to Hazelwood back and forth every day, going up and down with my mom. So, yes, that tired her, but now we are who we are.

How did growing up on Pine Lawn, with its struggles and ups and downs with your mom and dad, affect you not only as an artist but as a man?

As a man, it pushed me to build better homes, to bring out talent in situations of poverty where no one comes looking for these talented musicians or artists, and that’s one of the things I strive to do: draw attention and bring resources to those who don’t have resources, to help them find the things they need.

What about the way you were raised made you want to become an artist?

I always knew I wanted music. I started as an interpreter in the church. We used to have a church in our basement, everyone came to our church. I used to sing, praise, dance, all of that. That’s when I discovered that I was musically inclined, and then I learned about different music from different people and schools and realized my versatility, being able to mimic what I heard and do it my way.

Speaking of versatility, when you first started making music, did you feel it was difficult to express that and be accepted in the St. Louis music scene?

I want to talk about this, and I want my words to be quoted in exactly the same way: There is no possible way that I can show everything that I can do, being from the community that I am from, because we are in a city where everyone is so traumatized and everyone is so worried about being creatively judged and pigeonholed.

It’s up to me to save that. I want to bear all the consequences. I want to take everything that goes into doing the abnormal thing that people aren’t used to seeing. So, being from St. Louis, it was hard for me to show what was hidden inside. My family knew about it, but I had to give the city what it wanted, which also speaks to my versatility. But I always knew that one day I would be able to blossom into what I really wanted to be. So I want everyone to know that I’m not crazy. Everything I do is for a reason, and there is another meaning behind it.

I think that says a lot about you as an artist, that you’re able to adapt your style in that way.

I am able to express every feeling, every emotion. I can visualize myself in any situation, spiritually, even situations I’ve never been in, and turn it into art, and this is just part of being a sponge, absorbing everything around me.

Does that go back to your spirituality and church background?

My spirituality plays a role in everything I do. It constantly transforms me.

You were one of the first artists to rise above the local scene and continue to have greater opportunities. How did that happen?

I realized that I had to make my connections. I had to be free, so I had to go. I went to California, where I was actually working on the same kind of music. Then I tapped into my spirituality more and started making the music I wanted to make, which became Heartbreak Hotel, my debut album on RCA Records.

Did you do it alone or did you have someone help you along the way?

This interview has been edited for length and clarity.