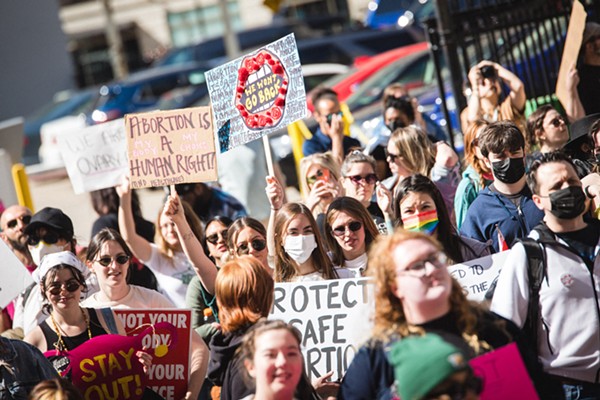 Michigan is one of 26 states with an anti-abortion law that would go into effect if Roe vs. Wade is overturned

Governor Gretchen Whitmer urged Americans to “take unprecedented steps to protect” the right to abortion in an op-ed published on The New York Times.

Saying that a federal abortion ban is possible if “anti-abortion, anti-women extremists” have their way, Whitmer urged “my fellow pro-choice governors, state legislators, private sector leaders, and citizens to use every tool available to protect access to safe services. , legal abortions.”

Whitmer filed a preemptive lawsuit last month arguing that abortion is protected by the due process and equal protection clauses of the state constitution. It’s a critical argument that could determine whether women have the right to access abortion in Michigan if the US Supreme Court overturns Roe vs. Wadethe landmark 1973 decision that established the right of people to terminate their pregnancy.

Michigan is among 26 states with anti-abortion laws that would take effect if the case is overturned.

“I hope that my new lawsuit can offer a course of action for others to follow,” Whitmer wrote. “I encourage my fellow pro-choice governors, state legislators, private sector leaders, and citizens to use every tool available to protect access to safe and legal abortions.”

Whitmer also called on the US Senate to pass legislation passed by the US House that would enact abortion rights into law. Although Democrats have a slim majority in the Senate, centrist Democrats, Republicans and the filibuster, a procedural rule that requires 60 votes in the 100-member house, has hindered them from passing most legislation.

“I implore Senators to come together and do it,” Whitmer wrote. “But I’m not going to sit idly by and wait for Congress to do something.”

With so much at stake, Whitmer urged Americans to “get creative” and “get involved in every way and at every level.”

“If we don’t use all the levers of power we have right now, or if we succumb to complacency, Americans will suffer and may die,” he wrote. “Many will be out of sight, forgotten. Most will be poor. A sizeable contingent will be women of color. We can all feel the hopelessness and despair felt by tens of millions of American women, our neighbors, family members, and friends. But despair is a choice and pessimism is a luxury. We must take unprecedented steps to protect the right to choose.”