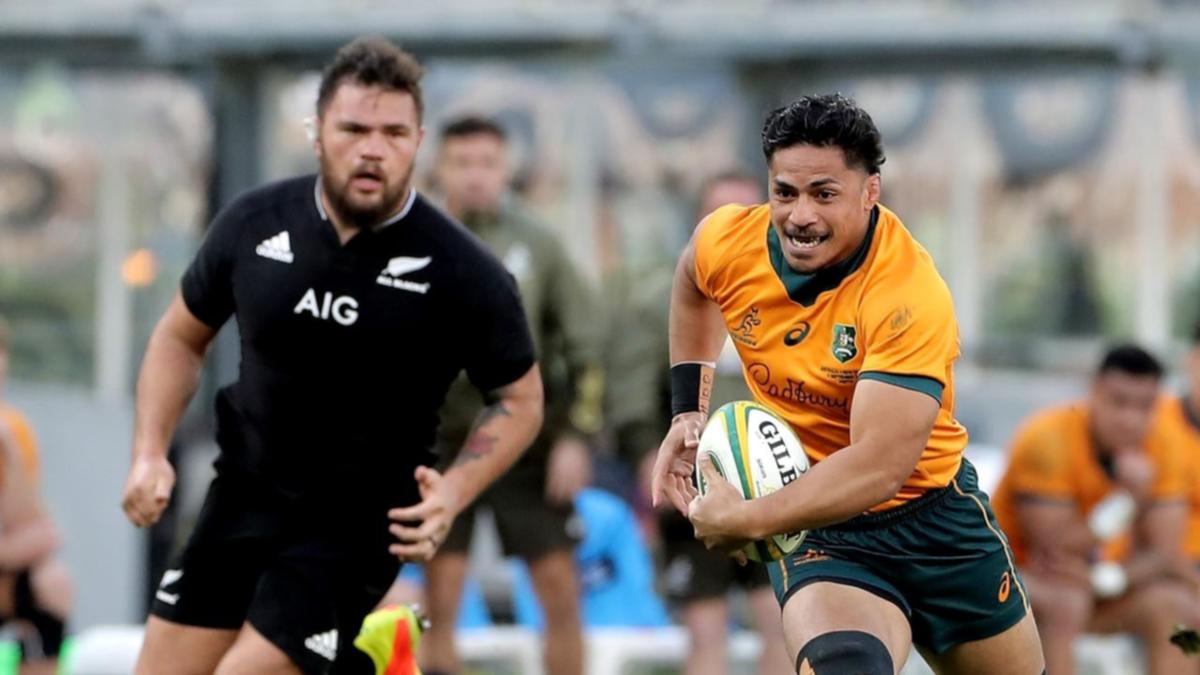 The Wallabies will play their first midweek Test in 28 years, attempting to wrest the Bledisloe Cup from the All Blacks on a Thursday night in Melbourne.

The Trans-Tasman rivals will meet on September 15 at Marvel Stadium with the beleaguered code avoiding a clash with the AFL and NRL finals.

The prized trophy will be contested over a two-leg series, meaning Australia need to beat defending champions New Zealand in both games.

The second test will be played at Auckland’s Eden Park on Saturday 24 September.

The last time Australia and New Zealand met in a midweek test was on a Wednesday night in Sydney in 1994, when running back George Gregan hit a game-winning tackle on Jeff Wilson to secure the Wallabies victory.

Part of the Rugby Championship, the Bledisloe Cup headlines a busy schedule of international matches for Australia’s men’s and women’s teams.

The Wallaroos are preparing for the World Cup in New Zealand later this year and will host the Black Ferns as part of a historic double title at Adelaide Oval on August 27.

Their match precedes a Wallabies clash with South Africa, which is the hosts’ first test in South Australia since 2004.

Contesting in the O’Reilly Cup, the Wallaroos will also take on New Zealand at Orangetheory Stadium in a separate fixture in Christchurch on 20 August.

Rugby Australia also announced a NSW test between the Wallabies and South Africa, with venue to be confirmed, and two away tests against Argentina in August.

Brisbane, Perth and Sydney already host the incoming series against England in July.