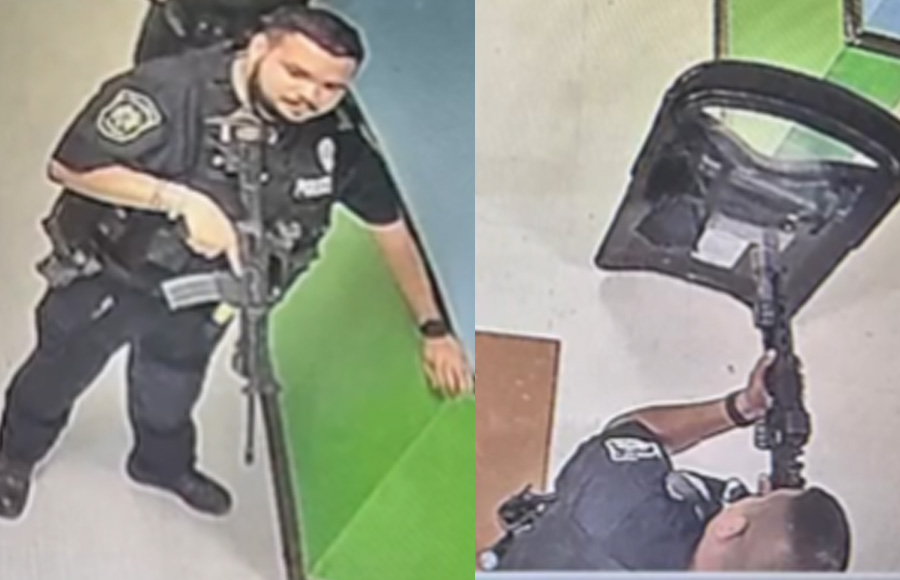 UVALDE, TX – A shocking new report, backed up with CCTV video footage, appears to dispute previous claims made by the Uvalde Police Department that they had been unable to immediately attack an 18-year-old gunman who was massacring students in Robb Elementary School because SWAT teams armed with tactical gear were waiting.

Instead, video obtained from surveillance cameras inside the school revealed that 11 officers had entered the school just three minutes after the shooting began, and within 19 minutes several Uvalde police officers armed with rifles had arrived. long rifles and ballistic shields.

Instead of confronting the suspect as he continued to kill innocent children, however, the heavily armed officers stood for nearly an hour in a hallway before doing anything, by which time 19 children and two adults were dead.

This news has subjected local Uvalde parents, many of whom were prevented by police from entering the school to save their children, to further anguish, knowing that perhaps far fewer children would have died if the police had not acted.

Representing the 27th school shooting in 2022 so far, 18-year-old Salvador Ramos armed himself with an AR-15 rifle he had purchased after his birthday, just days before the attack, and entered Robb Elementary School. at approximately 11:30 am on May 24. Once inside, Ramos proceeded to barricade himself inside a fourth-grade classroom and opened fire on everyone trapped inside.

Ramos would later be shot and killed by responding US Border Patrol officers.

The Uvalde Police Department, already heavily criticized and under investigation both locally and federally for its highly botched response to the horrific incident, has become even more vilified in the public eye with this new report, which not only revealed that the officers who responded were more than adequately armed. to deal with the threat, but the amount of time he waited to act was longer than the department initially claimed.

School district police chief Pete Arredondo is under scrutiny the most for his decision not to allow officers to break into the classroom where Ramos had barricaded himself and for falsely claiming officers at the scene were “outgunned” because they were armed only with pistols.

A legislative committee is currently holding a series of closed-door hearings in Uvalde to examine law enforcement’s response to the tragedy.