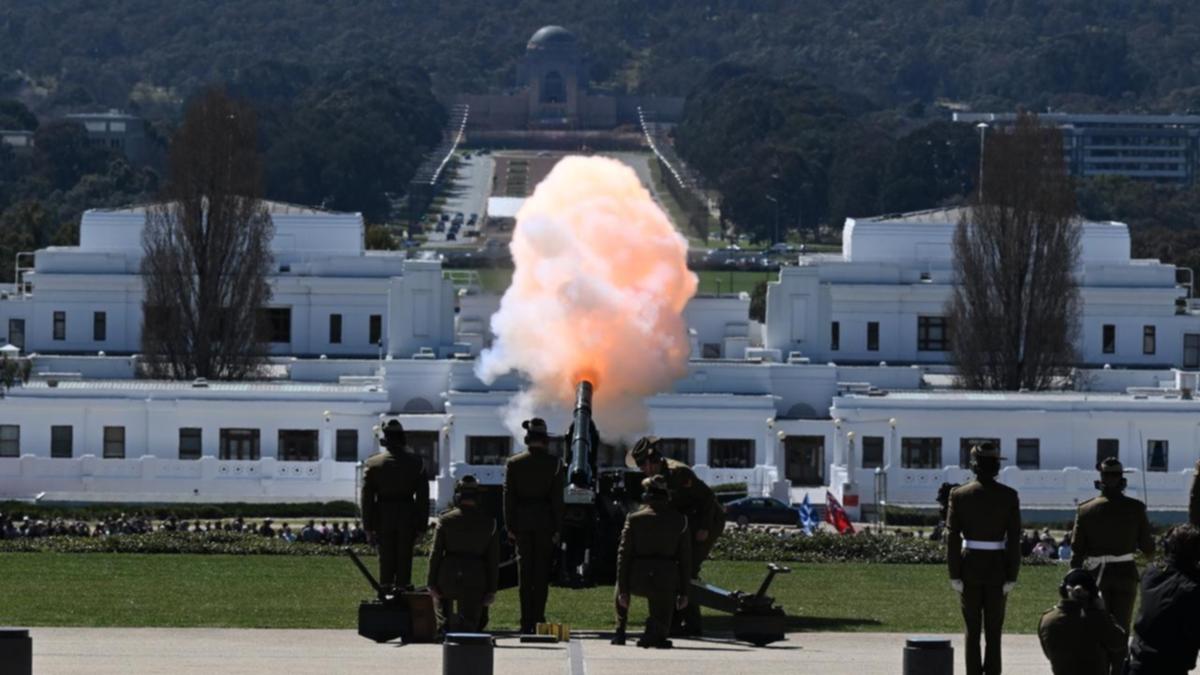 Victoria will officially proclaim King Charles III as the monarch of Australia, a day after the rest of the country honored the new king.

Victoria’s Lieutenant Governor, Chief Justice and other senior officials will swear in Charles III at a proclamation ceremony at Melbourne’s Government House on Monday morning.

It comes after Governor-General David Hurley proclaimed the new king’s ascension on Sunday afternoon in a traditional ceremony at Parliament House.

After Hurley read the proclamation, God Save the King sounded and a 21-gun salvo echoed throughout the nation’s capital.

The flags were also raised to full mast to honor the new king, before they were lowered again on Sunday night.

They will remain at half-staff until the day after Queen Elizabeth II’s funeral, which is scheduled for September 19.

“Australia is an unfinished product. It is now entering a new era,” the governor-general told reporters on Sunday.

“Most Australians have not known a world without Queen Elizabeth II. Her passing is the end of an era.”

All states except Victoria held their own proclamation ceremonies on Sunday.

A national memorial service for the Queen will be held in Canberra on September 22 as the country celebrates a day of national mourning.

The unique public holiday will take place three days after the London funeral of the late monarch.

“I encourage all Australians, wherever they are, to take time to pause and reflect on Her Majesty’s extraordinary life of service,” Prime Minister Anthony Albanese said on Sunday.

The federal parliament will be adjourned this week, but some state parliaments will meet briefly on Tuesday to hear condolence motions.

In Victoria, parliamentarians will also have to swear allegiance to King Charles III.

The prime minister and Hurley will then travel to London on Thursday to attend the Queen’s funeral at Westminster Abbey.

Before that, the Queen’s coffin will be transported from Balmoral Castle to Scotland’s capital, Edinburgh, and will be transferred to London later in the week.

It will remain at Buckingham Palace before being taken to Westminster Hall to lie in state for four days, allowing the public to pay their respects.