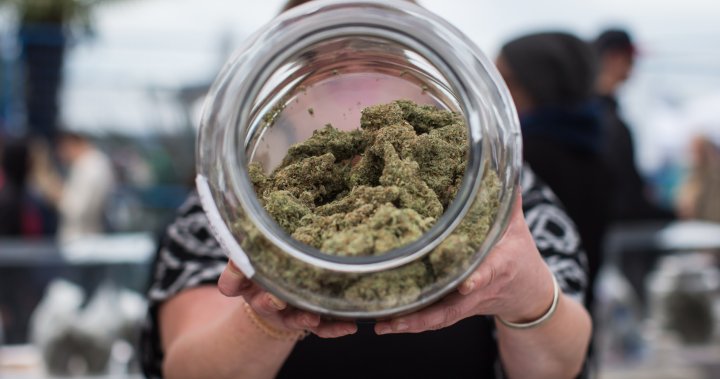 Vancouver’s annual 4/20 event took place Wednesday at its original downtown location under the direction of new organizers and with a smaller crowd than in years past.

A group called 4/20 Market got together to plan their own event at the Vancouver Art Gallery, which police say drew thousands of attendees.

Cannacurious: what we really know about cannabis

Organizers said they needed to protest the Canadian government, saying they believe cannabis has become too expensive for BC’s most vulnerable population.

The organizers told Global News that they see this event as an opportunity to speak.

2:00
First major 4/20 event held in Vancouver since the pandemic began

“It’s a protest like every year,” said Adilynn McArdle, one of the event’s organizers.

“(The) Supreme Court of Canada says that all Canadian citizens deserve reasonable access to cannabis, and unfortunately our federal government has yet to give us reasonable access. While they have legalized it, they have blocked all the people who were standing up in the first place.”

Previous organizers, who moved the event to the Sunset Beach location, say they were unable to host their annual April event because COVID-19 regulations were not lifted in time.

Where to hold Vancouver’s annual 4/20 event in the future?

The return of 4/20 is sure to reignite the annual heated debate over whether the event is a protest or an unlicensed festival.

According to a leaked Vancouver city staff memo, the 2018 event cost taxpayers more than $583,000.

The event, now 28 years old, has grown to attract tens of thousands of attendees and high-profile music acts like Cypress Hill, who performed at Sunset Beach in 2019.