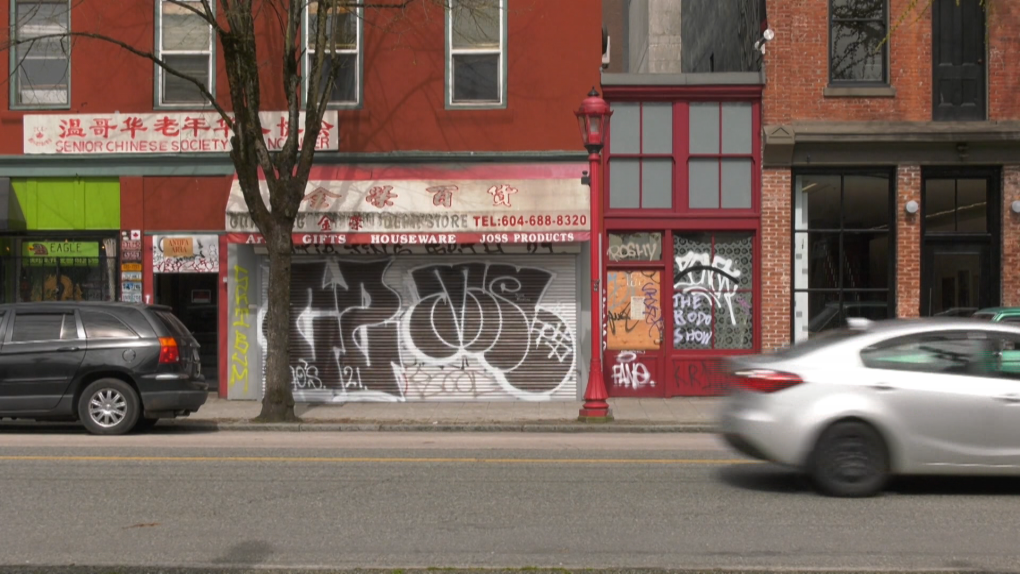 Hundreds of volunteers spent Saturday morning in Vancouver’s Chinatown picking up trash and painting unwanted graffiti in an effort to clean up the prized neighborhood.

According to Jordan Eng, president of the Chinatown Business Improvement Association, more than 200 people from across the city participated in this year’s cleanup, which is the largest turnout he has seen.

“Seeing people from all over the city come to Chinatown, it’s heartwarming,” he said.

Chinatown has increasingly been a target for racist graffiti and vandalism in recent years.

In April, the stone lions were defaced twice in one week.

The annual cleanup is an attempt to prevent more of these incidents from occurring.

“Obviously, Chinatown has been struggling with a lot of clutter on the streets, graffiti, trash,” said Vancouver City Councilman Pete Fry, who spent time picking up trash in the morning.

“One of the things you can do to stop crime and vandalism to some degree is keep it clean and tidy,” said local businessman and volunteer Nigel Bullers.

Volunteer Julian Soucy said he felt it was important for people who don’t necessarily live and work in the community to attend.

“I have seen the deterioration in this area, especially during the COVID-19 pandemic. And I feel like it’s a civic duty for people to go out if they have some free time,” she said.

“I think this is a marginalized group that isn’t getting as much love as it deserves. And especially with more tourists and more people coming to the city, we want to make sure that that breath of fresh air is reinvigorated in this community,” he continued. .

Eng said he is pleased with the massive turnout, which he says shows that there are many people who care about the community.

“We just want people to recognize that we’ve been here a long time. It is an important part of Vancouver history. And we are a resilient community,” she said.

The initiative also allowed people to come together and learn more about one of Vancouver’s most historic areas as they prepare it for the long-awaited return of tourism.

“Summer is almost here. This is really a great opportunity for us to really enhance the wonder of Chinatown and encourage people to come back,” Fry said.

Organizers said they hope to see a more lively and rejuvenated Chinatown in the coming months.