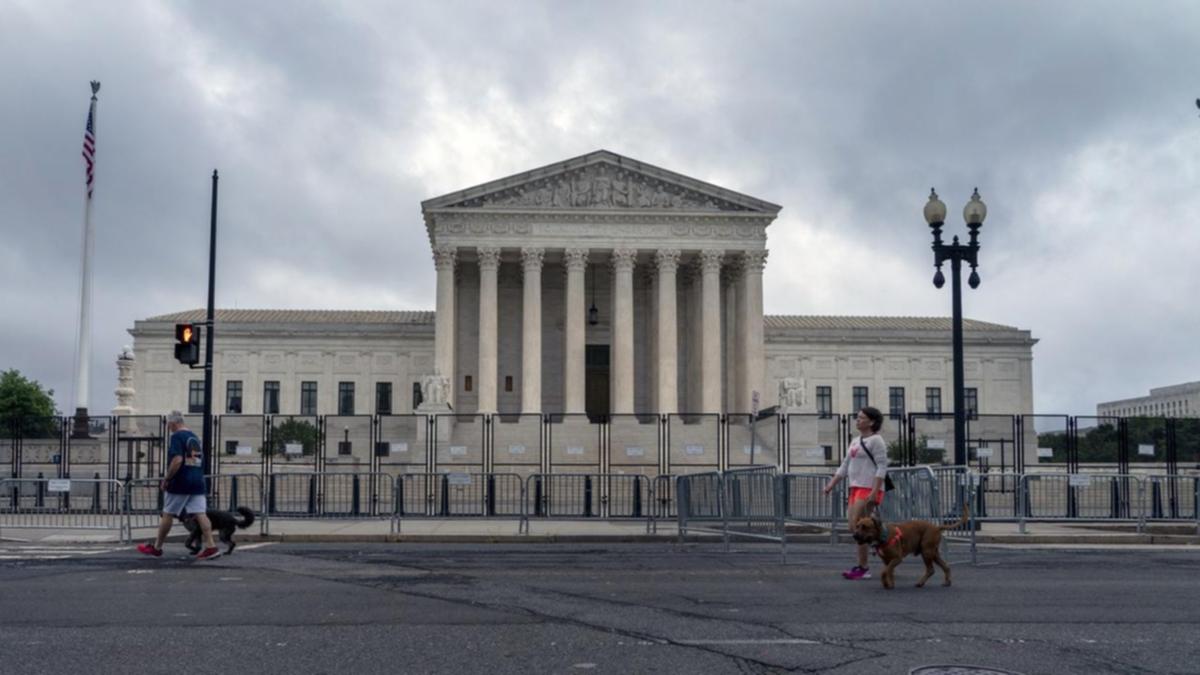 The US Supreme Court has declared for the first time that the US Constitution protects a person’s right to carry a firearm in public for self-defense, handing a historic victory to defenders of the right to bear arms in a country deeply divided on how to tackle gun violence.

The 6-3 ruling, with most of the court’s conservative justices and progressive justices disagreeing, removed New York state limits on carrying concealed firearms outside the home.

The court found that the law, enacted in 1913, violated a person’s right “to keep and bear arms” under the Second Amendment to the US Constitution.

The ruling, written by Justice Clarence Thomas, stated that the constitution protects “the right of an individual to carry a firearm for self-defense outside the home.”

Thomas added: “We are not aware of any other constitutional right that an individual can exercise only after demonstrating to government officials some special need.”

New York’s restriction is unconstitutional because it “prevents law-abiding citizens with ordinary self-defense needs from exercising their right to keep and bear arms,” ​​Thomas added.

The justices overturned a lower court ruling that dismissed a challenge to the law by two gun owners and the New York affiliate of the National Rifle Association, an influential gun-rights group closely aligned with Republicans.

The decision represents the court’s most important statement on gun rights in more than a decade.

In 2008, the court first recognized a person’s right to keep guns in the home for self-defense in a District of Columbia case, and in 2010 applied that right to states.

The new ruling underscored how the court’s 6-3 conservative majority sympathizes with an expansive reading of Second Amendment rights.

Under New York law’s “adequate cause” requirement, applicants seeking an unrestricted concealed carry permit must convince a state firearms licensing officer of a real, rather than speculative, defense need. own.

Officials may also issue restricted licenses for certain activities, such as hunting or target practice.

The ruling could lead to many more people obtaining concealed carry licenses in the state, undermine similar restrictions in other states, and jeopardize other types of state and local firearms restrictions across the country by requiring that judges view them with a more skeptical eye under the US Constitution.

The ruling said New York’s concealed firearms regime is at odds with the text and history of the Second Amendment and how gun rights have been protected throughout US history.

They also feared such a ruling could jeopardize gun bans in sensitive places like airports, courthouses, hospitals and schools.

The US Senate is set to vote later Thursday to advance a bipartisan gun control bill that supporters hope will help curb mass shootings in what could become the first new federal gun law. in decades.

Eight US states, including New York, empower officials to decide whether people can carry concealed firearms in public, even if they pass criteria like criminal background checks.

Gun rights, cherished by many in the US and promised by its founders in the 18th century, are a contentious issue in a country with high levels of gun violence, including numerous mass shootings.

The administration of US President Joe Biden backed New York in the case.

In a concurring opinion, Judge Samuel Alito downplayed the scope of the ruling, adding that the court said “nothing about who can legally own a firearm or the requirements that must be met to purchase a gun. It also decides nothing about the types of weapons. weapons that people can possess.