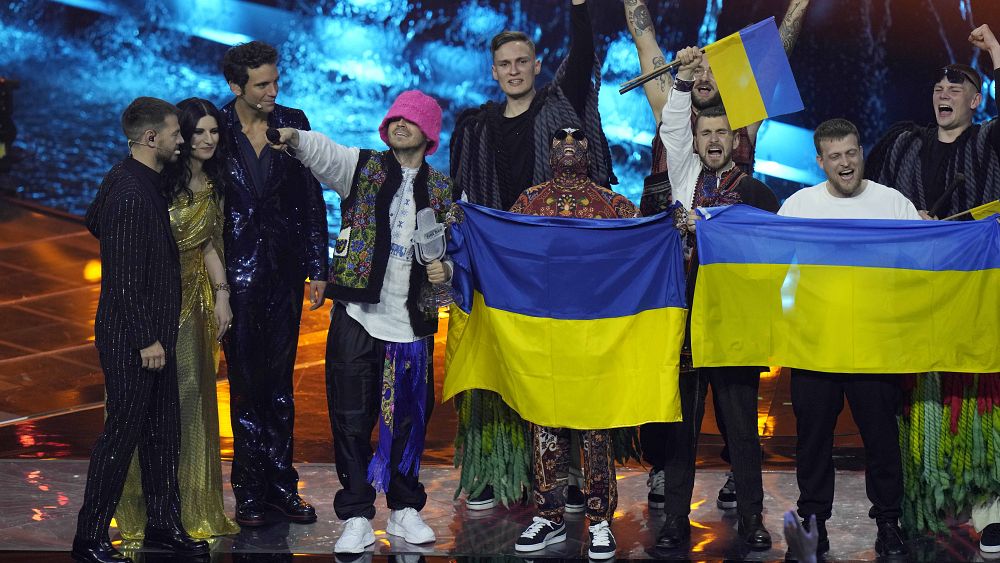 The leader of Ukraine’s Eurovision Song Contest winners Kalush Orchestra said they were “ready to fight” the war with Russia once again when they return to their country.

Oleh Psiuk spoke during a press conference in Turin after Ukraine’s victory was confirmed early on Sunday.

Currently, a Ukrainian government order prohibits men between the ages of 18 and 60 from leaving the country, but the six members of the boy band received special permission to go and represent Ukraine and Ukrainian culture in the music contest.

One of the original members stayed behind to continue the war effort, and the others will return to Ukraine in “exactly two days” when their temporary clearance expires, Psiuk said.

Kalush Orchestra, the bookmakers’ favorite among the 25 artists who competed in the grand final, received 439 votes from fans, the most televoting points ever received in a Eurovision contest, now in its 66th year.

As winners of the competition, Ukraine will now host the Eurovision Song Contest 2023.

Psiuk said Ukraine would be “happy to host” next year’s event in the “new integrated and happy Ukraine.”

Psiuk thanked “all Ukrainians, the Ukrainian diaspora and everyone around the world” who voted for Ukraine in the race, adding that “any victory is very significant for Ukraine these days.”

Ukraine’s song “Stefania” was written as a tribute to the leader’s mother, but since the war it has become an anthem for the beleaguered nation as the lyrics take on new meaning.

“I will always find my way home, even if all roads are destroyed,” Psiuk wrote.

Russia was excluded this year after its invasion of Ukraine on February 24, a move organizers say seeks to keep politics out of the race that promotes diversity and friendship between nations.