The war-torn European country was crowned the winner after the audience vote drastically changed the rankings at the last moment, leaving Britain’s Sam Ryder in second place.

‘Stefania’ has been recognized as a hymn of resilience and courage in the face of the Russian invasion of Ukraine.

READ MORE: American rapper Lil Keed dies at 24: “Tell me this is a dream”

“Thank you very much, thank you for supporting Ukraine,” said rapper Oleh Psiuk after the victory.

“This victory is for all Ukrainians,” he added.

READ MORE: Ava, a girl from Queensland, was diagnosed with an inoperable brain tumor: “A parent’s worst nightmare”

“The fact is they showed up, put on an incredible celebration of their heritage and broadcast it with comments made by a guy hiding in a bomb shelter. It’s no shame the UK is second to that.”

Australia’s contender Sheldon Riley, who found fame on The Voice, finished in 15th place after the final votes were counted.

A total of 25 countries met in the final, which took place in Turin, Italy.

For a daily dose of 9Honey, Subscribe to our newsletter here 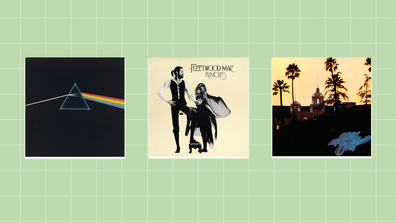 The 10 best-selling albums of all time