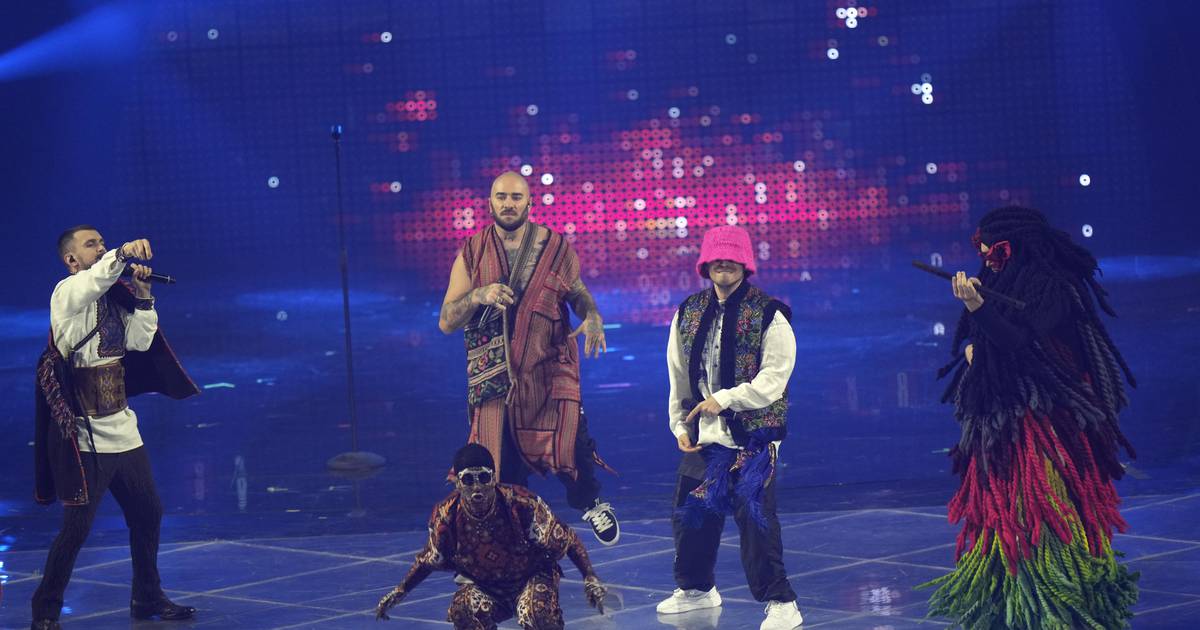 Waging a war against Russia that it did not provoke, Ukraine scored a symbolic victory by winning the annual Eurovision Song Contest.

The Ukrainian band Kalush Orchestra took home the top prize on Saturday night as the 66th edition of the popular music competition came to an end.

The folk-rap group that mixes traditional Ukrainian rhythms with contemporary hip hop entered the festival’s grand finale, which took place in Turin, Italy, this year, as heavy favorites to win.

The UK’s Sam Ryder, a TikTok superstar who rose in popularity during the country’s first COVID lockdown in 2020, finished second, the nation’s highest position in 20 years.

Kalush Orchestra’s song “Stefania” was originally written as a tribute to lead singer Oleh Psiuk’s mother, but became an anthem of resilience, amid Russia’s bloody invasion of Ukraine.

“I will always find my way home, even if all roads are destroyed,” Psiuk sang, as one of 25 countries competing in the grand final.

Public votes account for 50% of the final score, and Psiuk used his time on stage to make his case.

“Please help Ukraine, Mariupol. Help Azovstal right now,” he said from the stage after the band had finished playing.

Earlier on Saturday, Ukraine’s President Volodymyr Zelenskyy shared a video on Twitter saying that a victory would be symbolic of Ukraine winning the war.

The six members of the group, all men, had to receive special permission to leave their country, and they are supposed to fly back as soon as the glow is resolved.

Twenty bands were chosen to sing in two semi-finals this week. They were joined by Italy, Great Britain, France, Germany and Spain, who automatically play in the final, due to their financial support of the event.

In February, organizers announced that Russia would not be allowed to compete, “in light of the unprecedented crisis in Ukraine.”