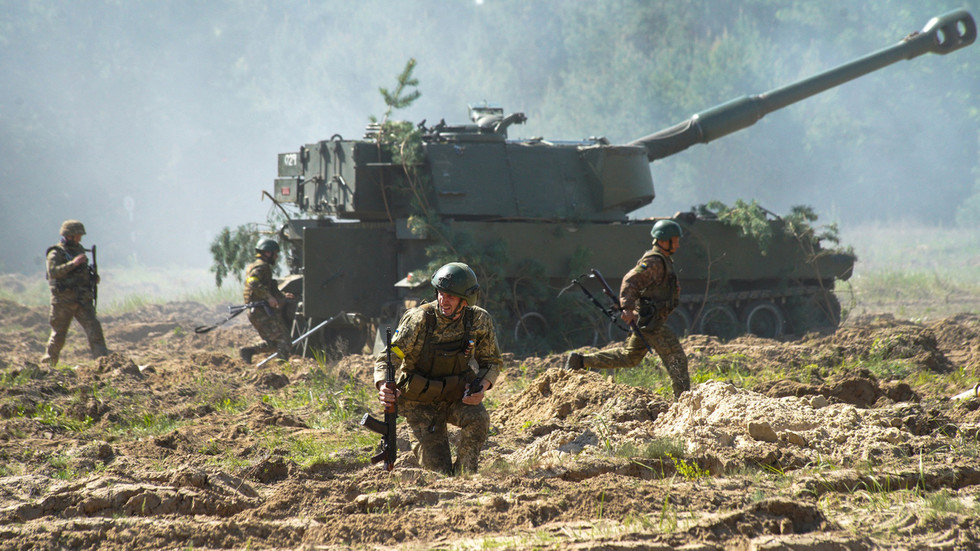 Every day up to 1,000 soldiers are killed or wounded, according to a kyiv official.

kyiv has revealed the extent of its daily casualties in the conflict with Russia. Up to 1,000 Ukrainian soldiers are killed or wounded every day in Donbass, a senior official said on Wednesday, quoted by Axios.

David Arakhamia, who leads kyiv’s negotiations with Moscow and heads the Ukrainian president’s party in parliament, revealed the figures during a roundtable meeting at the German Marshall Fund in Washington DC. He said that the number of daily casualties among Ukrainian soldiers has increased significantly since Russia stepped up its offensive in Donbass.

On June 1, Ukrainian President Volodymyr Zelensky said that kyiv was losing between 60 and 100 soldiers a day in combat. Now, just over two weeks later, Arakhamia says the number has risen to 200-500 deaths a day on average.

According to Arakhamia, while kyiv has mobilized a million people since the start of the conflict, it can mobilize an additional 2 million soldiers. However, the problem, according to the official, is not the lack of soldiers but the lack of weapons and supplies.

“We have people trained to attack, to counterattack, but we need weapons for that,” Arakhamia said.

The negotiator is leading a delegation in Washington to pressure the Biden administration and Congress to increase arms shipments to Ukraine, Axios reported.


On Wednesday, after a phone call with Zelensky, President Joe Biden announced that the US will provide additional military and humanitarian assistance to kyiv, including $1 billion worth of weapons and supplies such as rockets and artillery munitions.

Last month, the White House approved a $40 billion aid package for Ukraine. However, according to Arakhamia, these funds are taking too long to translate into actual arms shipments.

Meanwhile, kyiv’s European partners have begun to focus on replenishing their own reserves rather than sending everything they have to fight Russia, Arakhamia said, arguing that countries like Germany are trapped in a “inner fear” of Russia, judging by its reluctance to approve export licenses to arm Ukraine.

Commenting on the talks with Moscow, Arakhamia said that kyiv currently does not want to come to the table because its “The negotiating position is actually quite weak.” The official said that kyiv plans “invest it in some way”, highlighting the need for a counter operation to recover the lost territory.

He noted that although the negotiations between Russia and Ukraine are still almost frozen, the two sides continue to talk on the phone. “once or twice a week” to register, even though everyone realizes that “There is no room for negotiation.”

However, Arakhamia stressed that ultimately the conflict should be resolved through compromise, despite the fact that there is currently significant internal resistance to any kind of negotiation with Moscow.

Russia attacked Ukraine in late February, after kyiv’s failure to implement the terms of the Minsk agreements, first signed in 2014, and Moscow’s eventual recognition of the Donbass republics of Donetsk and Luhansk. The protocols negotiated by Germany and France were designed to give breakaway regions special status within the Ukrainian state.

Since then, the Kremlin has demanded that Ukraine officially declare itself a neutral country that will never join the US-led NATO military bloc. kyiv insists the Russian offensive was completely unprovoked and has denied claims it planned to retake the two republics by force.