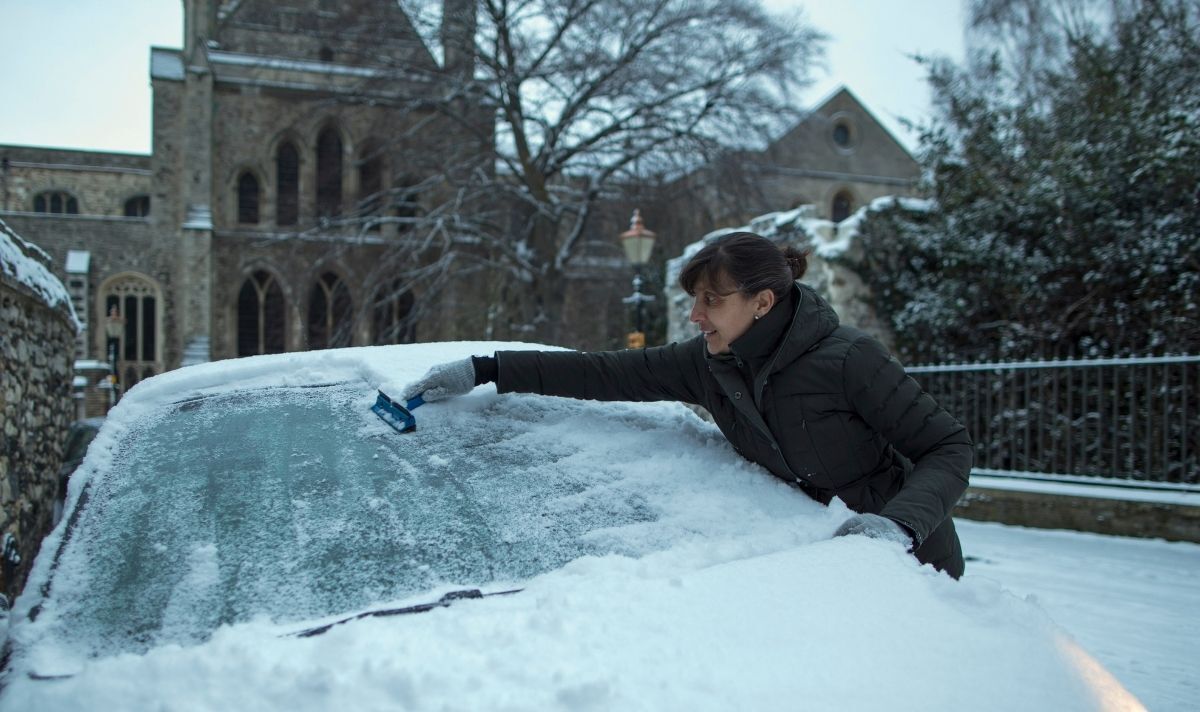 Temperatures in Scotland and parts of Belfast are thought to plummet to -3°C within days, with London feeling a chilly 4°C next week. British Weather Service meteorologist Jim Dale has declared that the coming week will be cold and warned Britons of the possibility of frost, with some areas even experiencing a scattering of snow.

He said: “It will feel cooler and there will be a risk of frost overnight.

“Scotland may see winter showers over high ground. You will feel like you need to put a jersey back on.”

Meanwhile, hay fever sufferers have been warned about a high pollen count on Thursday as temperatures settle into the mid-teens seasonal average in England.

The weather system for the next few days is dominated by high pressure which will bring temperatures down from the highs seen last weekend.

BBC meteorologist Chris Fawkes stated: “The high pressure is to the north of the UK, the winds around the high pressure are coming from the east and will tend to strengthen over the next few days.

“And as the winds pick up, the cold North Sea temperatures are going to start a little bit over the next few days.”

On Thursday morning in northern areas of the UK, particularly eastern Scotland, the Met Office has forecast fog and cloud covering much of the north east coast.

However, the southern region will see much milder weather, with Mr Fawkes saying there will be a “sunny start for most” on Thursday morning with temperatures reaching 15°C and 17°C, with maximum temperatures of 18 °C in some areas.

Areas further north such as Yorkshire, Newcastle and Scotland will struggle to reach the high double digits with temperatures hovering around 12C before tapering off for a chilly night.

READ MORE: Lawn Care: How To Get Rid Of Moss From Lawn With Baking Soda

Temperatures will be cooler than Thursday with most areas seeing temperatures between 12C and 14C.

The outlook for the weekend shows scattered showers, with Saturday being particularly cloudy in parts of England and Wales.

Mr. Fawkes noted that some afternoon sheen will develop and Scotland and Northern Ireland will be dry and sunny.

He added: “Sunday will see variable clouds and some raindrops, with the best of the sun to the south.”

Following the mini heatwave over the Easter weekend, the UK Met Office stated that temperatures are returning to the usual seasonal average for this time of year.