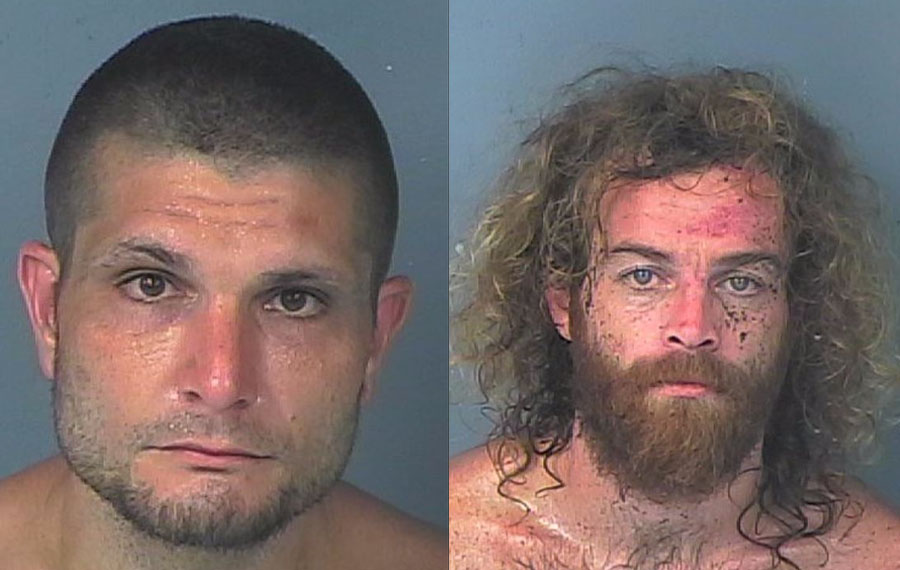 HERNANDO COUNTY, FL – On September 7, 2022 at approximately 10:40 am, while conducting proactive patrols, Hernando County Sheriff’s Detectives observed a man riding his bicycle on the center yellow line of California Street in Brooksville . Because the man was traveling on the center line, rather than the right side of the roadway with southbound traffic, detectives conducted a traffic stop.

The bike driver, later identified as Shane McKinney, 35. Although the outside temperature was above 90 degrees, McKinney was wearing a long-sleeved hoodie. According to authorities, detectives immediately observed a glass pipe protruding from the large center pocket of the hoodie. The pipe was removed and McKinney was taken into custody.

McKinney was arrested and charged with possession of methamphetamine, possession of a controlled substance and possession of drug paraphernalia. According to detectives, McKinney said his residence was very close and requested that detectives transport his bicycle there.

Detectives immediately took Griffin into custody with the arrest warrant. After being arrested and handcuffed, Griffin attempted to flee on foot; however, detectives caught him almost immediately.

An arrest search incident revealed the following: He was in possession of 93.1 grams of methamphetamine, 1.5 grams of marijuana, 11.8 grams of crack cocaine, 54.6 grams of fentanyl, 36 oxycodone pills, 3 methadone, 7 unknown pills, two firearms, and approximately $17,000 in cash.