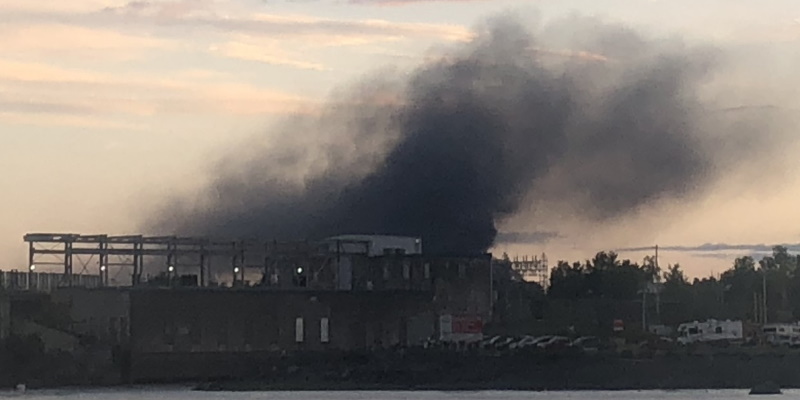 The Bishop’s Falls fire chief says it’s the worst accident scene he’s ever been to.

Traffic will be diverted through the city for the next few days as investigators continue their work at the scene.

The Bishop’s Falls Fire Department tackled the fire with the help of the Grand Falls-Windsor Fire Department and managed to put it out fairly quickly despite some challenges on scene.

He says that the water had to be relayed to the scene due to its location on the road.

Harnum says his members are doing well under the circumstances and there are plenty of supports available.

They had a meeting last night and another meeting is planned today for tomorrow while some of their team members are trained in trauma response.

The collision resulted in a widespread fire and forced traffic around the scene to be rerouted through Bishop’s Falls while crews attended the scene. RCMP confirms that traffic is still being diverted through the community this morning as officers continue to process the scene.

There is no immediate news about injuries.

Police are asking witnesses to the collision to contact them.

RCMP NL confirms that the TCH, near Bishop’s Falls (between routes 21 and 22) remains closed this morning. #traffic being diverted through the town of Bishop’s Falls. @590VOCM @VOCMNEWS