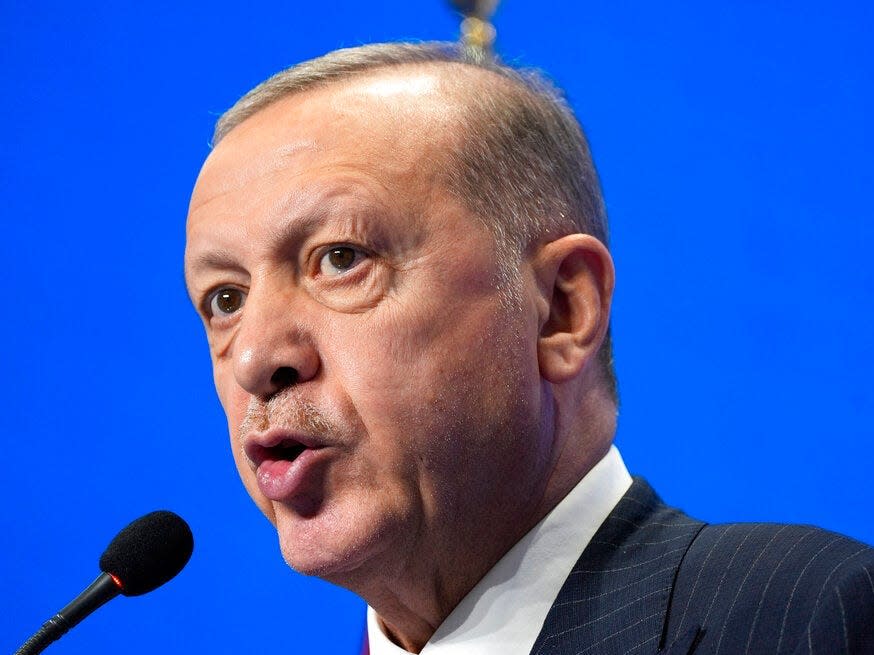 Turkey’s president has said he will block Swedish and Finnish bids to become NATO members, complicating a major shift in European geopolitics triggered by Russia’s invasion of Ukraine.

Recep Tayyip Erdogan shared a video of an interview he did on Wednesday on his Twitter account on Thursday.

He said, according to a Reuters translation: “We will continue with our policy resolutely. We have told allies that we will say no to Finnish and Swedish membership in NATO.”

Erdogan had previously suggested that he would block the two countries’ offers to join NATO. As a member of NATO, Turkey has the power to veto the accession of any new country.

Insider’s John Haltiwanger previously reported that Erdogan hinted that he is seeking concessions, after which he would allow Sweden and Finland to join.

Turkey wants Finland and Sweden to extradite suspected Kurdish militants and other NATO members to end limits on arms sales that Turkey opposes.

Sweden and Finland formally applied to join NATO this week. It may take weeks or months for them to become members.