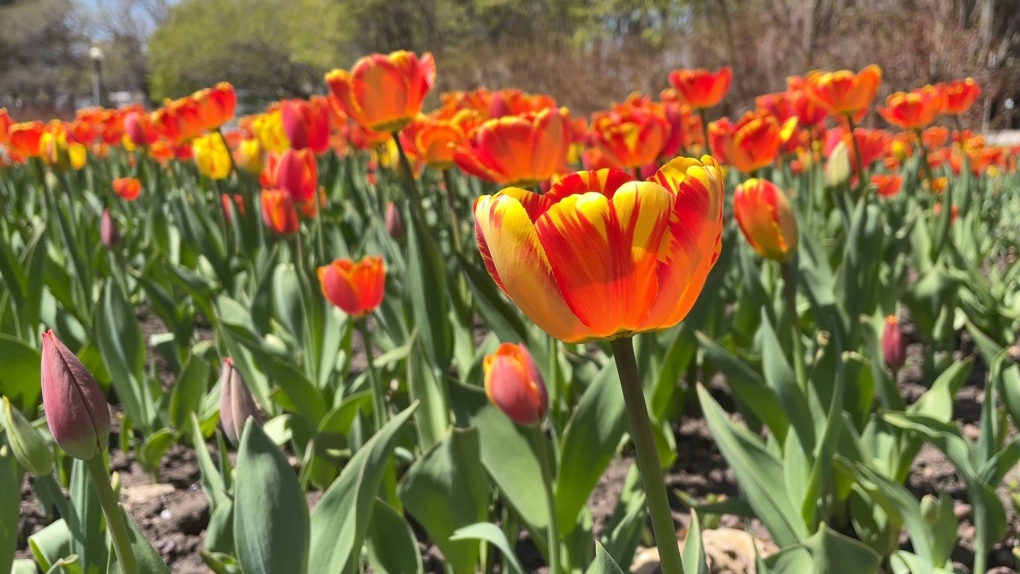 The Canadian Tulip Festival is back for its first in-person event in two years and a very special guest will be in attendance.

Over the next two weeks, she and tens of thousands of tourists will be able to attend the Tulip Festival in person.

“We’re back in person for our 70th birthday,” says festival CEO Jo Riding. “Our platinum jubilee.”

And royalty will be among those in attendance.

Princess Margriet of the Netherlands will attend the Tulip Festival this year. Margriet was born in Ottawa in 1943, at a time when the Dutch royal family was offered a safe haven in the capital during World War II. Since then, tulips have symbolized the relationship between the two countries.

The city of Ottawa plants a million tulips throughout the capital, but Commissioners Park is the place to be this weekend.

“Here at the festival site in Commissioners Park, we have the highest concentration of stems,” says Riding. “We have 300,000 stems in the park in 26 beds. There are about 140 different breeds of tulips.”

Some Ottawa residents already have a sneak peek of what’s to come.

“You walk around and it feels so good to see all the colors and the flowers,” says photographer Beverly Dawson, taking advantage of the weather and beautiful scenery at Commissioners Park.

“I like the sun to come through some of the petals,” says Dawson. “It’s just beautiful and it feels good.”

The Tulip Festival kicks off the summer tourist season in Ottawa. With most COVID-19 restrictions lifted for the first time in two years, it’s expected to be busy everywhere.

“As restrictions have been lifted, and people have become more comfortable moving around, and there are offers like the Ontario stay tax credit, there is a lot of pent-up demand,” says Jantine Van Kregten of Ottawa Tourism.

Some Ottawa hidden gems for tourists on a budget are the new tours of the House of Commons and Senate. They opened in 2019 but then had to close shortly after due to the pandemic.

“Architecturally, (the Parliament buildings) are magnificent,” says Van Kregten. “And it’s right in our backyard. So you can get these new experiences without spending a lot because it’s free.”

Dawson loves being able to capture the tulips in person.

“I love tulips,” says Dawson. “I love the color. The color is amazing.”