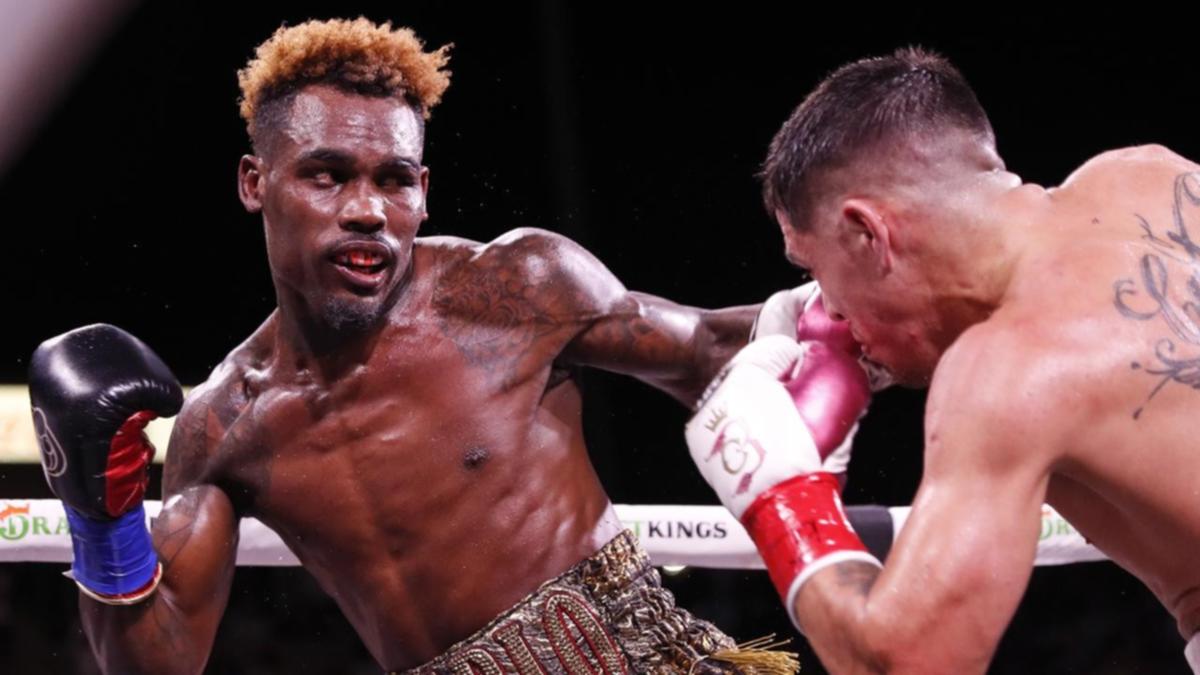 Tim Tszyu was on the front row as American Jermell Charlo became the first undisputed super welterweight boxing champion in the four-belt era by stopping Argentina’s Brian Castano in a brutal rematch in California.

After an outstanding fight featuring extensive hand-to-hand action, Charlo (35-1-1, 19 KOs) dropped Castano twice in quick succession in the 10th round in Carson on Saturday night.

Charlo jumped onto the ropes to celebrate as the referee continued to count out his opponent, celebrating the addition of Castaño’s WBO 154-pound title to his WBC, WBA and IBF belts.

Undefeated Australian Tszyu flew in to watch the fight as the WBO mandatory challenger.

He became the seventh fighter to simultaneously hold every major title in any weight class since the four-belt era began in 1988.

Castaño’s aggression and Charlo’s heavy counterpunching led to some great exchanges in each round, highlighted by a sensational fifth round of relentless action. Castano’s relentless early pace slowed in the middle rounds, and he was finished off in dramatic fashion by Charlo at 2:33 of the tenth.

After catching Castano with a right uppercut and left hook for the first knockdown, Charlo dropped Castano again seconds later with two lefts to the head and a left to the body.

Charlo’s victory is a historic moment in the history of the best fighters between middleweight and welterweight.

The 154-pound division was created in 1962, and talents ranging from Thomas Hearns and Terry Norris to Felix Trinidad and Winky Wright have excelled at weight. But no boxer had held every major title at super welterweight since the WBO formed and inaugurated the four-belt championship era in 1988.