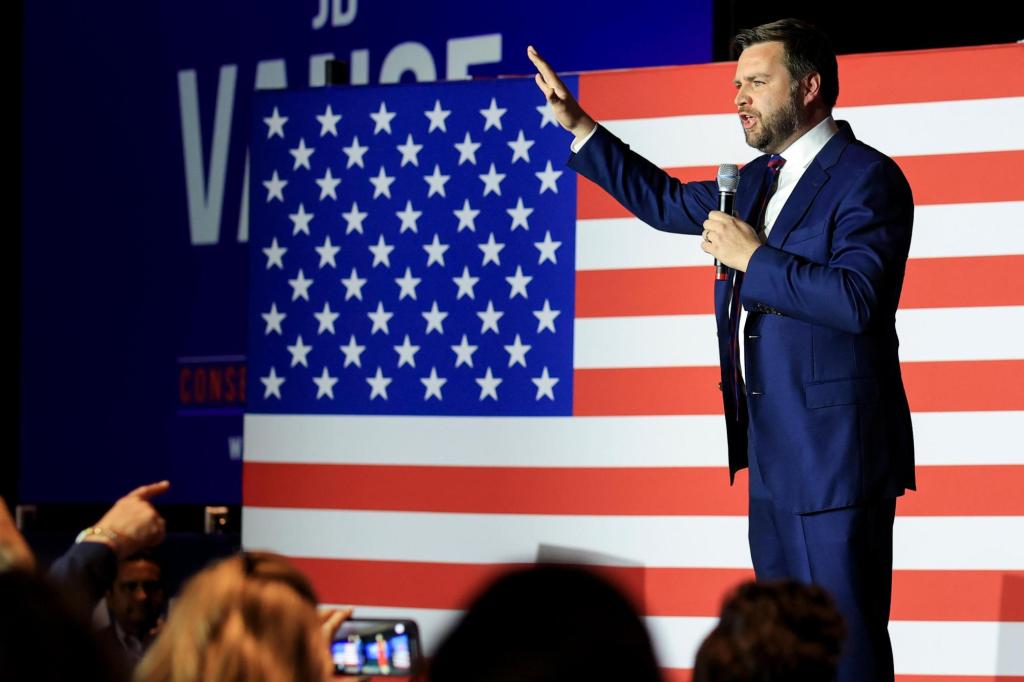 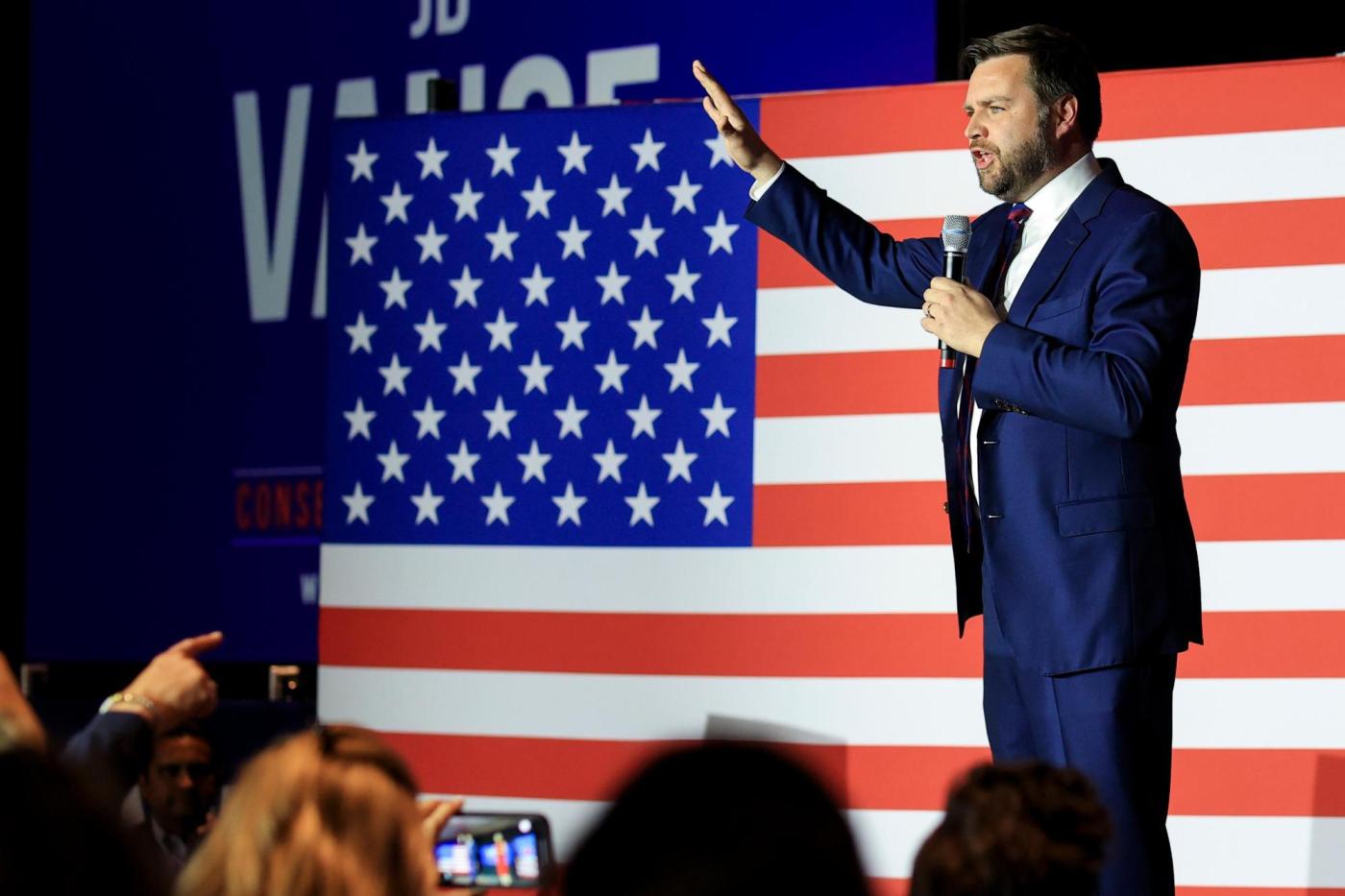 COLUMBUS, Ohio (AP) — “Hillbilly Elegy” author JD Vance won the contentious and hyper-competitive Republican primary for the Ohio Senate on Tuesday, buoyed by support from Donald Trump in a race that was an early test of the former president’s control. about his match as the midseason gets under way.

Vance, once a staunch Trump critic whose 2016 memoir of his childhood in Appalachia rose to fame, spent much of the campaign trailing in the polls. But a late-stage endorsement from Trump pushed him to favorite status and the two men played down Vance’s scathing criticism of the former president, with Vance saying he was wrong.

Accepting the GOP nomination, Vance struck a unifying tone, congratulating his rivals, including silencing boos from his most bitter opponent, former state treasurer Josh Mandel, and vowing to appeal to the state’s many moderates before November after a campaign exceptionally bitter that, at one point, saw two candidates almost come to blows on a debate stage

“I think this campaign was a referendum on what kind of Republican Party we want and what kind of country we want,” Vance told the crowd.

Tuesday’s contests marked the start of a more competitive phase of the midterm primary season, with closely watched races in Pennsylvania, North Carolina and Georgia scheduled for later this month. The election will culminate in November, when control of Congress, governors’ mansions and key electoral offices are at stake.

Vance will face Democrat Tim Ryan in the general election race to fill the seat vacated by retired Republican Sen. Rob Portman. The 10-term Democratic congressman, who handily won his three-way primary on Tuesday night, will likely have an uphill climb in a state Trump has won twice by an 8-point margin. In a possible warning sign for Ryan, roughly twice as many Republicans turned out in the primary as Democrats.

President Joe Biden called Ryan Tuesday night to congratulate him on becoming the nominee, and Trump also reached out to Vance.

In neighboring Indiana, sitting Republicans in the state House of Representatives turned down primary hopefuls who wanted to push the Legislature further to the right. Among the roughly two dozen so-called freedom candidates in GOP legislative races, one defeated a 10-term incumbent in northern Indiana, while a movement leader lost his primary race.

The campaign is intensifying at a volatile time in national politics. On the eve of this week’s primaries, a draft US Supreme Court opinion was leaked suggesting the court could overturn the landmark Roe v. Wade in 1973 that legalized abortion throughout the country. While Democrats have criticized the draft, they suddenly have a clear, unifying message that they hope will offset a difficult political climate dominated by economic problems including high inflation and gasoline prices.

Trump, meanwhile, is using the primaries to build his reputation as a Republican leader as he ponders another presidential bid a year after leaving office under the cloud of two impeachments and the Jan. 6, 2021, Capitol insurrection. A spokesman Trump took credit for the outcome of the Ohio Senate race on Tuesday, saying the former president’s endorsement “propelled (Vance) into an impressive first place.”

While Vance is the undisputed winner of the Republican primary, boosting support in rural Ohio, there was notable support for Mandel and state Sen. Matt Dolan, the only major candidate not to aggressively court Trump. His traction suggests there remains an appetite in the party for non-Trump alternatives, especially in a state with a long history of electing moderates, including DeWine, Portman and former Ohio governor turned Trump critic John Kasich.

Dolan did well in the Ohio metropolitan communities, particularly around Cleveland and Columbus. Meanwhile, Mandel also found some rural support.

At the library in Strongsville in suburban Cleveland, Joanne Mondak, 71, said she voted for Dolan because the rest of the candidates are “nuts” who are “too much Trump.”

Ohio, once a leading state, is now decidedly Republican, posing a challenge to Ryan, who has distanced himself from the progressive wing of his party during the race. Campaigning in sweatshirts and baseball caps, he has become a blue-collar crusader fighting for working families.

During his acceptance speech, Ryan was moved to talk about the community his steelworker grandfather was able to build while having a high-paying job with the union.

“I am absolutely sure that we can do this if we come together, and it is not about finding our differences. This is not about hate,” she said.

Buoyed by historic trends and Biden’s deep unpopularity, Republicans are optimistic about retaking the House and Senate in November. A new president’s party almost always loses seats in subsequent midterm elections, and Republicans hope skyrocketing inflation, high energy prices and lingering frustrations over the country’s handling of the COVID-19 pandemic will further boost their votes. prospects.

Democrats, meanwhile, are confident that the GOP, with Trump’s help, will pick candidates so extreme that they are ineligible in November. Vance, in particular, has been criticized for dismissing the Russian invasion of Ukraine as none of America’s business and accusing Biden of intentionally trying to kill Trump voters by allowing illegal drugs to cross the southern border.

“With good reason, history tells us that the Democrats are going to lose control of the House,” said Dale Butland, a Democratic strategist in Ohio. “With all rights, we should also lose control of the Senate. However, the only thing that could save us is if the Republicans nominate a bunch of crazy right-wingers who are unacceptable in a general election.”

While DeWine is widely known in Ohio after a 40-year political career, he faced a fierce backlash from conservatives for the COVID-19 lockdowns and mandates he imposed during the early months of the pandemic.

DeWine’s three opponents — former US Rep. Jim Renacci, former state Rep. Ron Hood and farmer Joe Blystone — tapped into that anger, but appear to have split the far-right vote. Still, DeWine took no chances, spending millions on advertising during the final weeks of the race.

On the Democratic side, Whaley became the first woman in state history to be endorsed by a major party. She defeated former Cincinnati Mayor John Cranley in a race that drew relatively little attention as much of the state focused on the contentious Republican Senate primary and ongoing redistricting legal battle. Whaley had the support of the state’s top Democrat, US Senator Sherrod Brown, a popular household name, while Cranley had the endorsement of feminist icon Gloria Steinem.

The two candidates agreed on most of the big issues — guns, abortion rights, social justice — but Whaley had repeatedly pointed out that Cranley recently said he was pro-choice.

In the House, Republican Max Miller, a former Trump campaign and White House aide, won the GOP nomination in northeast Ohio’s sprawling new District 7, despite accusations from his ex-girlfriend, former Secretary of State. White House press release Stephanie Grisham, that he grew violent with her as their relationship deteriorated. He has denied the charges.

Miller was initially recruited to challenge Republican Rep. Anthony Gonzalez, one of 10 House Republicans who voted to impeach Trump. But González chose to retire in his place.