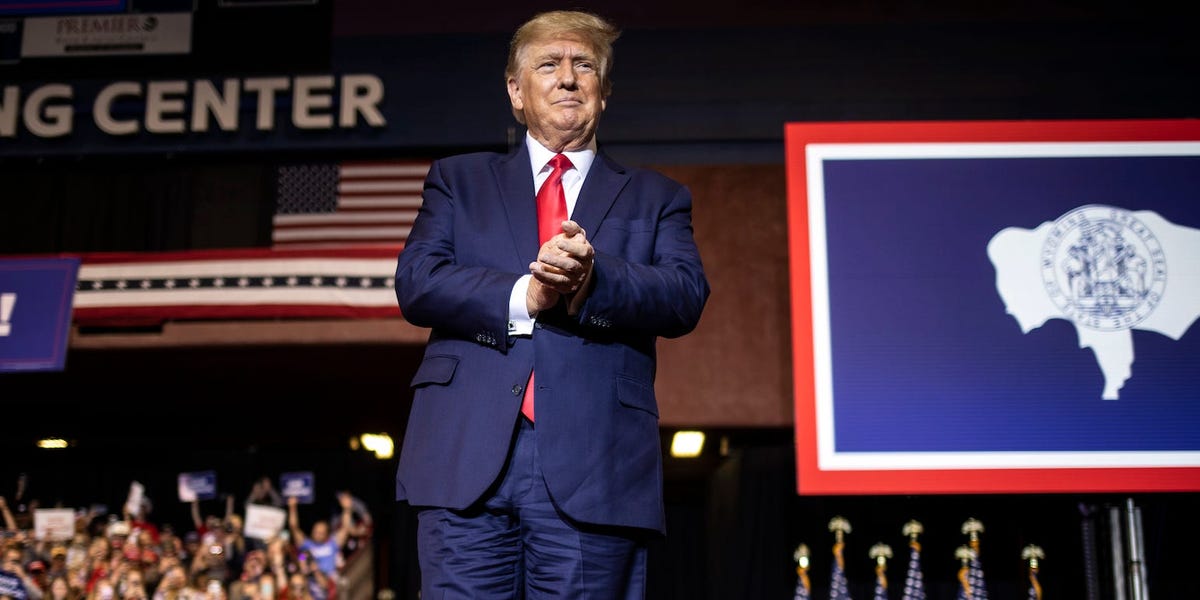 CASPER, Wyoming — Thousands of supporters of former President Donald Trump jumped out of their seats and raised their phones to capture the moment he took the stage Saturday afternoon at a rally in support of Harriet Hageman, a lawyer running to unseat Trump. Representative Liz. Cheney in the upcoming Republican primary.

The crowd, which nearly filled the 9,700-capacity Ford Wyoming Center, greeted Trump with a long standing ovation, thunderous applause and chants of “USA.”

“The people of Wyoming are going to vote to fire their congresswoman from RINO, Liz Cheney,” Trump told the audience, which erupted in applause, “and they are going to send the incredible Harriet Hageman to Congress.”

Trump’s appearance in the red state on Saturday demonstrated his commitment to trying to oust Cheney from Congress. A Trump ally turned critic, Cheney sharply rebuked the former president after the Jan. 6 riots on Capitol Hill. She was one of 10 House Republicans who voted to impeach Trump on one count of “inciting insurrection” last year.

Since then, Trump has targeted the congresswoman and vowed revenge on Republicans like Cheney, who he says betrayed him. Cheney, a staunch conservative, has stood her ground against Trump amid a spate of national and state backlash from members of her own party.

Trump criticized Cheney during various parts of his speech, claiming that she “hates Republican Party voters.” The speech was in part a broad exposition of Trump’s frequent complaints, including about the investigation of Russian meddling in the 2016 election; his two political trials of him, size of the crowd; the investigation into the Jan. 6, 2021 attack on Capitol Hill, which he called a “hoax,” and Cheney’s vote to impeach him.

Trump asks for support for Hageman

The former president’s arrival in Wyoming, his first political appearance in the state, comes just as the primaries begin. Cheney officially filed for re-election on Thursday. There have been no meaningful polls yet on the contest, which takes place on August 16. Trump urged voters Saturday afternoon to support Hageman over Cheney.

“The entire United States is counting on you, Wyoming,” Trump said. “I think this is the most important election we have.”

The primary election is widely seen as a test of Trump’s influence over the Republican Party. Recently, high-profile endorsements for Trump in the Georgia primary failed. Trump had backed two primary contenders against incumbent Governor Brian Kemp and Secretary of State Brad Raffensperger, who had pushed back against Trump’s attempts to overturn the results of the 2020 election in the battleground state. Kemp and Raffensperger each won their feature races on Wednesday by routs. However, Trump-backed candidates in Ohio and Pennsylvania have won their primaries in recent weeks.

This report has been updated with comments from the rally.