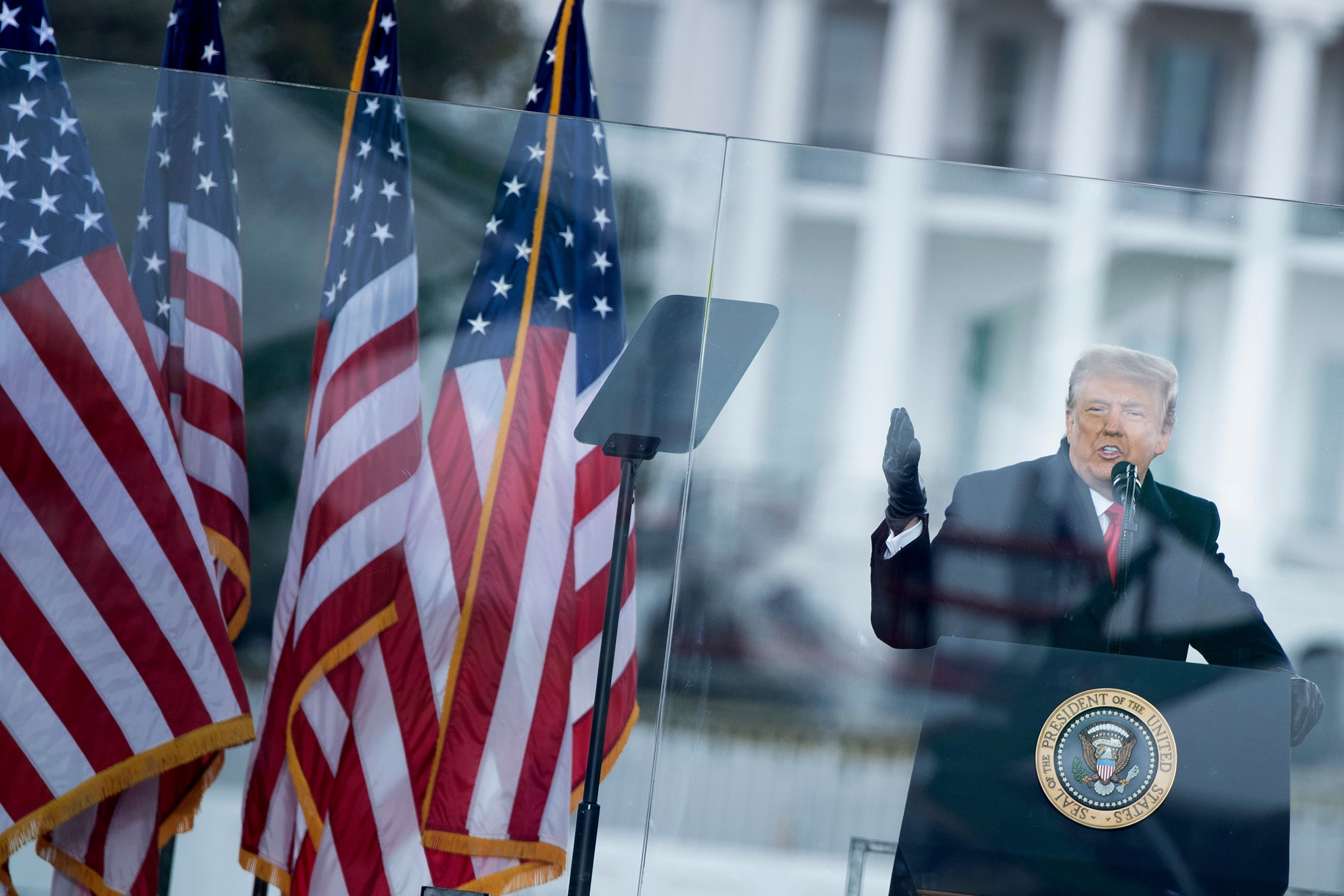 Former federal prosecutor Glenn Kirschner has alleged that former President Donald Trump is “on the hook for treason” for his actions through January 6, 2021.

The House select committee investigating the pro-Trump attack on the US Capitol, as well as the former president’s efforts to overturn the results of the 2020 election, is holding publicly televised hearings outlining the evidence and the testimonies of the witnesses that the investigation has compiled. Hundreds of Trump supporters attacked the federal legislative branch of government on Jan. 6 in an apparent effort to disrupt the formal certification of President Joe Biden’s victory in the Electoral College.

Kirschner, a legal analyst for MSNBC and NBC News, updated his assessment of the evidence presented by the House committee in an interview with The Dean Obeidallah Show on Wednesday.

“The evidence is there,” he said. “They are proving all of Donald Trump’s crimes with almost exclusively Republican voices, Republican witnesses.”

Kirschner said he believes Trump “is responsible for inciting insurrection” as well as “a seditious conspiracy.”

“And it turns out that I think he is on the hook for treason,” the legal expert continued, “because he imposed the war against the United States, against the democratic process, against the certification of Joe Biden’s victory on January 6.”

Trump “sent his attack dogs to stop the certification, he sent them to the Capitol. He refused to suspend them for more than three hours and we also know that he refused to send reinforcements to defend the Capitol against the attack he had launched. He put the life of everyone in danger on Capitol Hill that day.

“If that is not declaring war on the United States, which is the very definition of treason… Donald Trump is on the hook for treason,” Kirschner alleged.

During the select committee’s first prime-time hearing last Thursday, Rep. Liz Cheney, R-Wyoming, said Trump made no effort to get the National Guard or other law enforcement to intervene on Jan. 6.

“President Trump not only refused to tell the mob to leave the Capitol, but he did not call any element of the United States government to instruct the Capitol to be defended,” Cheney said during the hearing.

“He did not call his secretary of defense on January 6. He didn’t talk to the attorney general about him. He did not speak to the Department of Homeland Security,” the Republican lawmaker continued. “President Trump gave no order to deploy the National Guard that day. And he made no effort to work with the Justice Department to coordinate and deploy law enforcement assets.”

Trump has denied these accusations and has insisted that he did nothing wrong on January 6 or in his effort to nullify Biden’s electoral victory. The former president continues to claim that the 2020 election was “rigged” or “stolen,” though no evidence has surfaced to substantiate the allegations. Trump supporters were largely buoyed by his lies about the election results when they attacked Capitol Hill last year.

More than 60 legal challenges to the 2020 election brought by Trump and his allies have failed in state and federal courts. Even judges appointed by the former president have ruled against the lawsuits.

Barr, who was widely seen as one of Trump’s most loyal cabinet members, has repeatedly said there is “no evidence” to support claims of fraud. He wrote in his memoir that he told Trump directly that the allegations were “nonsense” and that his legal team after the 2020 election was a “clown show.”

The House select committee showed a video last Thursday of Barr’s testimony to investigators in which he made similar comments. The former Trump administration official claimed again in the clip that the claims about voter fraud were “nonsense.”

“Frankly, a year and a half later, I haven’t seen anything to change my mind about it,” Barr said.

Barr also testified that he was concerned for the former president’s mental well-being if he really believed the fraud claims.

Trump and his allies have repeatedly attacked Barr, trying to undermine his credibility. However, the former president’s daughter, Ivanka Trump, told the committee, according to video testimony shared last Thursday, that she respected Barr and “accepted” his assessment of the 2020 voter fraud allegations.

In a 12-page statement released this week, Trump criticized the Jan. 6 committee hearings as a partisan “kangaroo court.”

“The January 6 Deselection Committee is dishonoring everything we hold sacred about our Constitution. If they had any real evidence, they would hold real hearings with equal representation. smoke and mirrors show for the American people, in a sorry last ditch effort to mislead the American public…again,” the former president said.