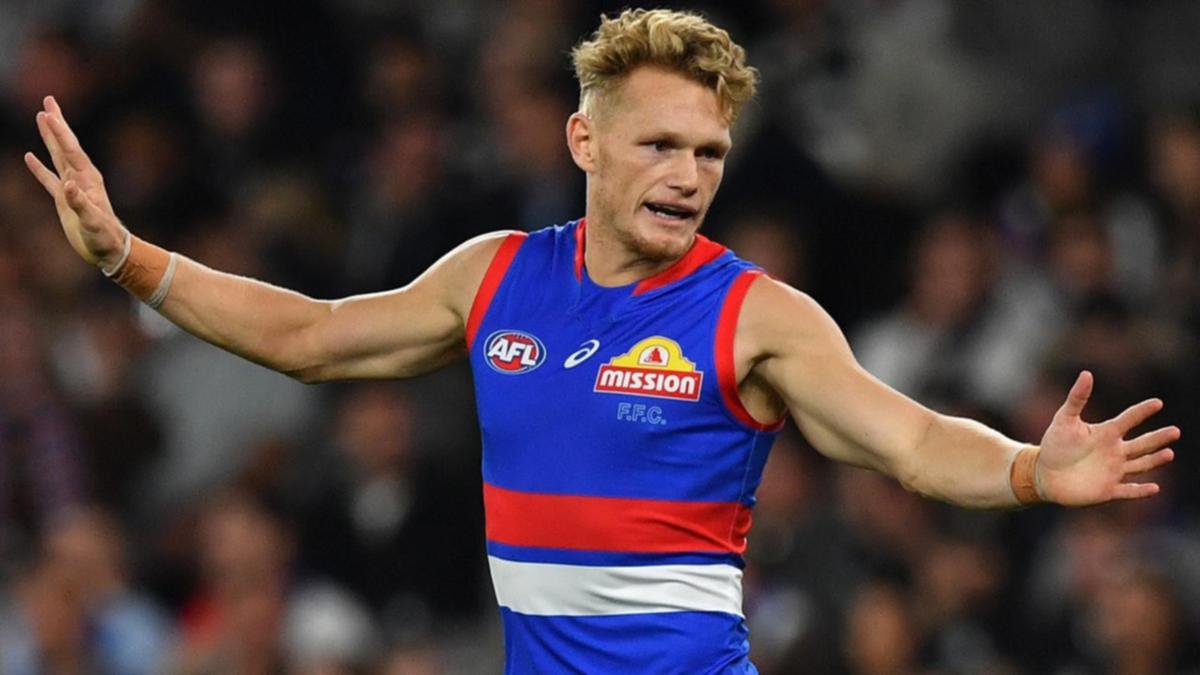 The Western Bulldogs’ AFL season is back on track after an early blowout that set up a vital and convincing 48-point victory over Collingwood at Marvel Stadium.

Entering Friday night’s game under the pump at 3-5, last year’s grand finalists came out on fire playing their best football all year to score the game’s first six goals.

Collingwood leveled off after the first quarter onslaught to stay in contention until midway through the third period before the Bulldogs pulled away again to lead by 46 points at the final break and prevail 14.15 (99) to 7.9 (51).

Former Collingwood midfielder Adam Treloar shone for the Dogs, notching 36 touches and scoring three goals in one of the best outings of his stellar 199-game career to receive the Bob Rose-Charlie Sutton Medal for best on the ground.

Treloar now has a 2-0 record for the Bulldogs playing Collingwood after he was controversially traded by the Magpies in late 2020.

Collingwood’s young striker Oliver Henry showed glimmers of promise but had to regret several missed shots on goal and a critical turnover in the first quarter.

Henry’s pass from just 40m was cut short, before Treloar kicked a goal at the other end and the Bulldogs quickly cruised through another four majors.

Worried about the Bulldogs, Naughton seemed preoccupied with a knee injury for most of the game and limped to the bench late in the fourth quarter.

The night started off rocky for Collingwood after captain Scott Pendlebury retired late due to illness.

Magpies defender Jack Madgen appears poised for a long season on the sidelines after injuring his shoulder in the second quarter and was replaced by Finlay Macrae.

The Bulldogs will have a chance to even the ledger at 5-5 next weekend when they host Gold Coast in Ballarat, while Collingwood (4-5) travel to Perth’s Optus Stadium to take on Fremantle.