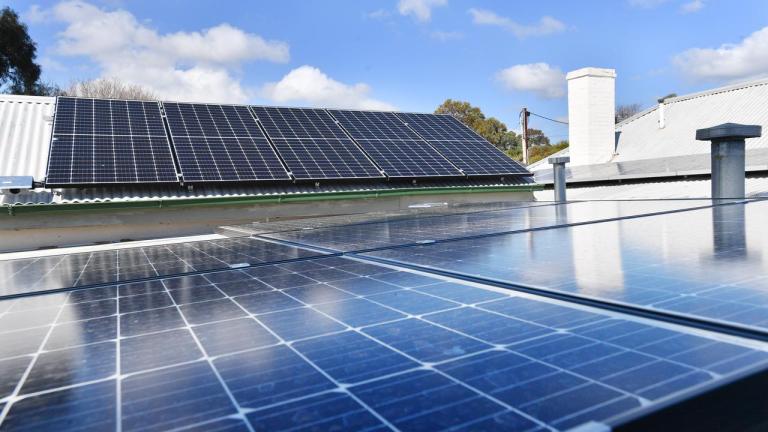 Electricity bills and carbon emissions could be slashed with the Greens’ proposed “electrify everything” pilot program.

Cities and suburbs could go all-electric under a pilot program proposed by Greens.

Under the $235 million “electrify everything” scheme announced Thursday, households and businesses would get an electric vehicle, rooftop solar and batteries to prove the benefits.

The pilot project aims to demonstrate that by 2025 it will be cost effective and cleaner to run homes and cars on a combination of rooftop solar, home batteries and neighborhood shipping container-sized systems.

Greens leader Adam Bandt said these suburbs will become a model of the future for all and an opportunity to show the world what is possible.

“We will show that this works at scale, creating jobs and empowering a community.”

The project would suit a suburb in a regional town or city and could support rebuilding in areas affected by climate disasters, such as Lismore or Ulmarra in the Northern Rivers, he said.

The proposal is based on the work of engineer and author Saul Griffith, who highlights the benefits of electrification.

Electrification is the fastest and most cost-effective way to reduce emissions and can reduce household energy bills by $5,000 per year, according to the entrepreneur.

“Now we can go further and fully electrify our homes and cars.”

The Greens hope to secure the balance of power on May 21 and influence the next government in priority areas such as climate and energy.