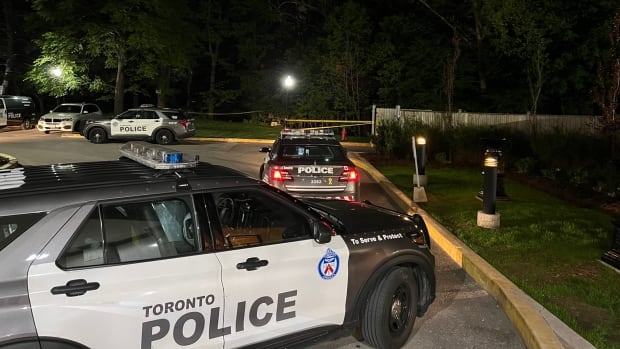 Toronto police found a body in a wooded area in North York on Wednesday night.

It was discovered near Wynford Heights Crescent and Wynford Drive. Police were called to the area around 6:45 p.m.

However, no information about the victim’s age or gender has been released.

“There are some circumstances that are suspicious,” Hopkinson said.

Officers have established a perimeter and are investigating.

No other details were available.