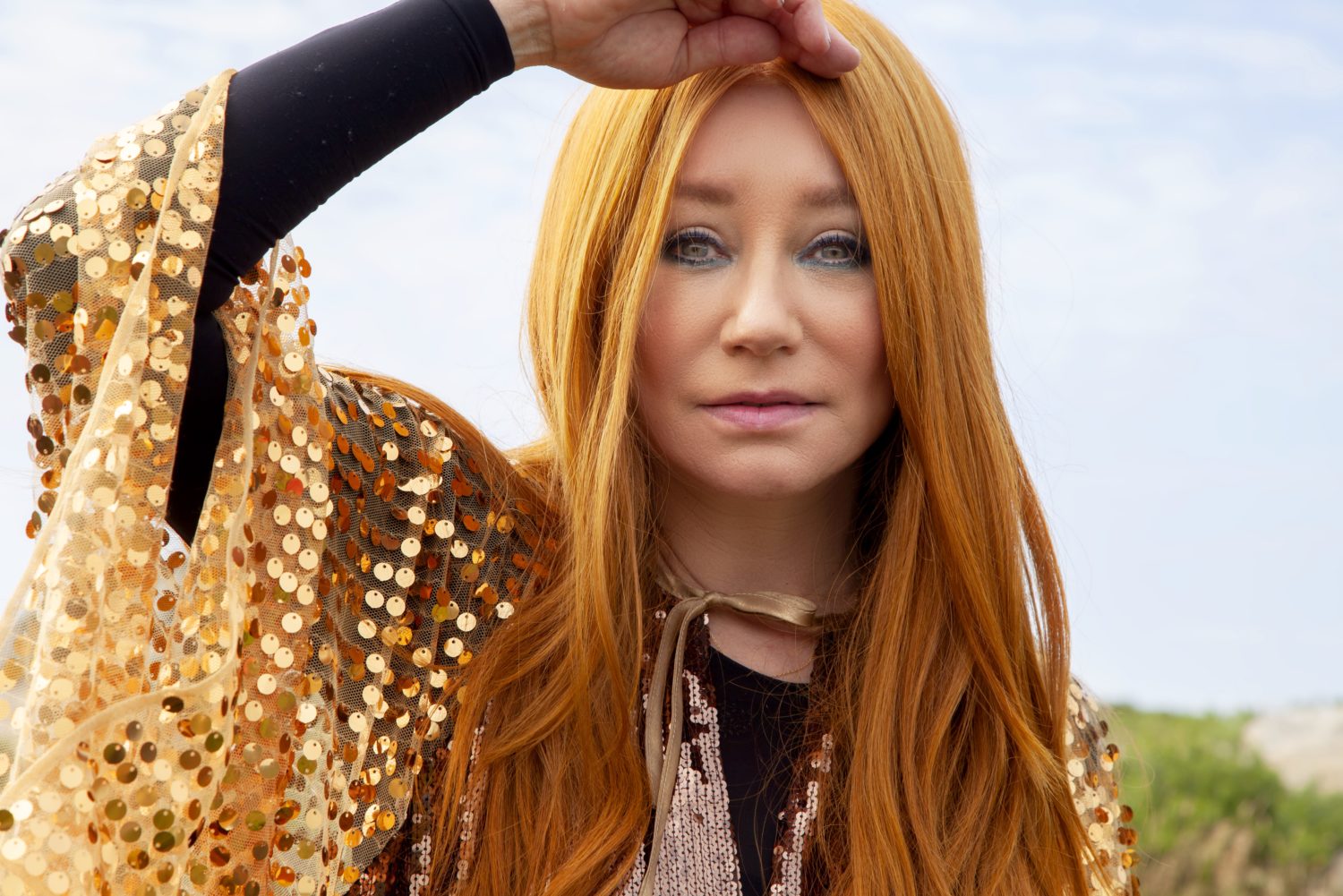 Tori’s Glory: Tori Amos is in the middle of the Ocean to Ocean tour when we speak to her for this interview; finally, the celebrated singer-songwriter can hit the road and celebrate the album of the same name that was released in October. She is characteristically chatty and charming when on the phone, an easy talker. But she’s also very open about the fact that the last two years have been challenging, to say the least.

Amos spent the period of the pandemic at home in Cornwall, a beautiful county in the south-west of England. Fortunately, he is now able to travel and see his family, as well as tour.

“Now that the pandemic is over, between tours I stopped by the beach house in Florida before it all started; I hadn’t seen my father except once in the last two years,” she says. “So I’m in Cornwall for a good part of the time, but not for many, many months now.”

There are worse places to be on lockdown than Cornwall, but still, a lockdown is a lockdown. In the UK, they had three during the course of the pandemic.

“In the third, I thought we handled it the best we could,” says Amos. “For the first one and the second one, particularly the first one, we were busy. We were in the recording studio, so we had a book that came out. [Resistance: A Songwriter’s Story of Hope, Change, and Courage]we did a virtual book tour, and then we did an EP and put out Christmastide with Dec. So we’ve been pretty busy. And then the insurrection happened. And then the third lockdown was implemented, and I think it was clear that live music was not going to happen, so here we go again. I think a lot of the musicians I talk to are in a similar state of mind which is ‘when is this going to change?’ Our business was one of the businesses that was on its knees. That and live theater. But as you know, the musical side of things was one of the last to come back. So it was a challenge.”

It was particularly strange for Amos, a North Carolina native and former Los Angeles resident, to watch the January 6 insurrection from the UK.

“British callers were asking ‘what has happened to your country in the world?’” he says. “My husband started wearing a t-shirt around the house that said ‘Make America Great Britain Again.’ Then he looked at me and said: ‘Wife, your people are lost.’ Maybe they need their older brother to come back and colonize them and teach them what’s what. Oh my God. But in a way, this is such adolescent behavior. ‘Look at me dad, I’m going to crash my car. Fuck you, I’ll show you. Burn it all

It was the events of January 6, combined with the Cornish mythology and setting, that inspired Ocean to Ocean.

“It’s all, and it also has to come out, even in the Cornish winter weather, when the gales and gusts are blowing, it can be fiercely beautiful because it’s so powerful,” says Amos. “I got into it. We really are in the middle of nowhere, we are in a farmland 20 minutes from the cliffs in North Cornwall, where the weather coming off the Atlantic can be something extraordinary. It was almost a relief to realize that nature was not locked away. I was busy, and I was in this moment of very dramatic weather. It was humiliating. I said, ‘Clearly, you as an energy force are capable of dealing with a world that has gone insane and I just need to study from you’ because I had gotten into a place of discouragement. I didn’t have the tools. Nobody did, really. How do you deal with a pandemic, especially if your livelihood and what you do doesn’t lend itself to Zoom? Not really. So it was about, how do you fit in? It was then that I sat with nature and began to listen. ‘Metal Water Wood’ was the first song to come, to admit that I was in a sad place.”

The album was recorded, produced, mixed and engineered in Cornwall, Los Angeles and Massachusetts which was challenging but the results are outstanding.

“I think it worked because Matt Chamberlain [drums]John Evans [bass]Mark Hawley [guitar] and I, we worked like four directions on this with John Philip Shenale – we added an additional direction with him there,” says Amos. “I have been working with JPS since ’91. So because we have a history of playing together for so many years and working together, there was a language that we’ve developed. When you have that language, you have it. However, we were not in a room together playing. So I’d go from the studio to Los Angeles to Matt Chamberlain’s studio, then come back to us and take off my piano and play for him. Then he goes to Jon Evans’ studio and comes back to us. We’d add things and go to JPS, and then come back and link to it. That was the process.”

Ultimately, the album sounds phenomenal. Songs like the title track and “Spies” are Tori Amos classics: emotionally moving, almost classic, epic yet organic, and absolutely beautiful. Given the circumstances, it has stood out.

“Those were the circumstances,” says Amos. “Would it have been different if we were all in one room together? Probably? I remember when Matt listened to ’29 Years’ once he was done, and he was like ‘reggae, really?’ That’s all he said. Because once he played the drums, he didn’t hear it again until the end. I’m sure he was surprised, but after listening to it for a couple of days, I think he was really excited. The choices you make are the choices. When they’re in a room together, it’s a very different conversation than when they’re thousands of miles apart. There was just no time for people to say, ‘let me change this, let me change that.’ Every once in a while I get a letter from an introvert saying, ‘How’s your pandemic? Mine is doing pretty well. Introverts get a little break here. Good for them.”

Now on tour, Amos receives many letters from people concerned about the state of the world. She has been an effective activist for years, with organizations like RAINN (Rape, Abuse and Incest National Network). Naturally, she is appalled by the recent moves by the Supreme Court to potentially overturn Roe vs. Wade.

“We have been away for several weeks and the letters we receive from people who are deeply concerned about what is happening,” she says. “Many of them continue to make it clear that this is against the right to decide. It is not pro-life. If it were pro-life, then where are these people after the child is born? It’s about fighting the choice. This is not about helping these people raise a child. Financially and anything else for the next 18 years. Very few people put their money where their mouth is. That’s where I just roll my eyes and say, ‘don’t get confused about what this is about.’ This is anti-choice, because you’re forcing someone to have a child, if they then feel like they don’t want to put the child up for adoption but fight back and try to do it.’ Many people are making it clear to me how they see it. A lot of people are incredibly concerned about the court and what the court means. This is a really defining moment, I think, in our history, with our justice system.”

Amos is performing for three nights in Los Angeles at the Orpheum, and he’s relishing the opportunity to return to his old home.

“I love it,” she says. “I lived there for seven and a half years, when long hair was the most important thing. I lived in Los Angeles at a specific time. He was in his twenties; I moved there when I was 21. I was all over the Canyons, in the Valley, and drove my little Mustang wannabe, a baby blue Capri, everywhere. Playing piano bars anywhere he could. I played at the Sheraton, the Bonaventure. I even played the Sheraton in Long Beach after small earthquakes was rejected. I had to go back to the piano bars. I played the Ramada in Beverly Hills. I played it all, my friend.

People intending to attend all three nights can expect odd setlist changes here and there.

“We change a few songs every night,” says Amos. “I’m always moving the set. I start the same way, because that’s ‘Once Upon a Time’ for every tour. So you can move to where you want to move, more or less. There may be some that show up more than others, because they’re part of the narrative right now for our time now, just functioning as a pivot. But we are rewriting the narrative so that the journey is different every night, reflecting what we learned that day in that city, which will be Los Angeles. It’s just reading the letters before the show, getting a sense of where people are, taking requests. – this is how I do it.”

Finally, Amos says that the schedule for the next 12 months is open to change. Anything can happen.

“A lot of this is time,” she says. “Does it work? Because when we’re on tour really, aside from a few interviews, it’s not like I can go into a recording studio somewhere and contribute something if they have a deadline three weeks from now. It doesn’t always work out.” “In terms of time. So I’m open to whatever happens. I think I’m going to spend some time in the United States so I can see my family because I haven’t seen them in a long time.”