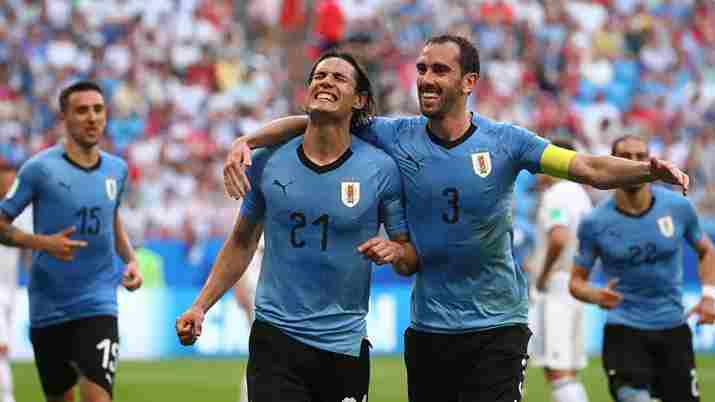 Uruguay will be one of the 32 teams that will participate in the 2022 FIFA World Cup in Qatar. The Uruguayan side has some of the most talented players in the world, each with the ability to single-handedly change the outcome of a game. Uruguay lost to France in the 1/4 finals of the WC-2018.

The team has won the World Cup twice in its history and will look to add one more to its tally in the upcoming edition. It’s time to take a look at the top 5 players for Uruguay at the FIFA World Cup 2022.

Ronald Araujo, who currently plays for FC Barcelona, ​​made his Uruguayan debut just a few years ago in 2020. The 23-year-old has been fantastic for his club of late and will be a vital part of Uruguay’s squad at the upcoming FIFA World Cup. Cup 2022 campaign.

Here are his stats for Uruguay in his short international career:-

Here are his stats for Uruguay:-

Edinson Cavani, who currently plays for the Spanish club Valencia, made his debut in Uruguay in 2008 at the age of 21. He appeared in the 2010, 2014 and 2018 World Championships as part of his team. The forward has been in fine form for his club of late and will be a key part of his country’s journey to the upcoming FIFA World Cup 2022.

Here are his stats for Uruguay:

Darwin Nunes made his debut for Uruguay’s senior team in 2019. He missed the 2021 Copa America due to injury, which means the 2022 World Cup will be his biggest tournament with Uruguay. Nunes has been in fine form at Liverpool, who he recently joined in the summer of 2022. He is expected to be in fine rhythm for Uruguay during the upcoming FIFA World Cup 2022.

Here are his stats against Uruguay:

Fede Valverde, who currently plays for Real Madrid, made his debut in the Uruguayan national team in 2017. The midfielder was not part of his squad during the 2018 World Cup. He played in the 2019 Copa America and will make his World Cup debut at the tournament in Qatar. He has been in sensational form for Real Madrid of late and will look to continue his good form for Uruguay at the 2022 FIFA World Cup.

Here are his stats for Uruguay:-