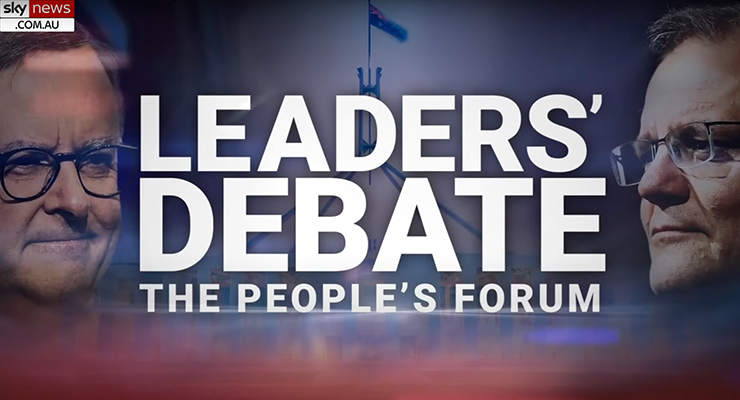 The dismal viewing numbers for last night’s leaders’ debate show that the public prefers the next-day tidbits to the live deals.

Wow, that seemed like a good idea, a prime minister’s debate between Albo and ScoMo — 175,000 on Sky News — kind of difficult quiz (753,000 last night) without the humor, one that badly needs Tom Gleeson to give it an edge rather than some serious tragic politician like Kieran Gilbert on Sky News (aka News Corp’s PR channel for the Morrison government and all things conservative).

To give viewers more context, Monday’s NRL game between Wests and Parramatta was watched by 276,000 viewers on Fox League. To give more context, at the end of December, Foxtel had 1.564 million residential subscribers and 218,000 business subscribers. The ratings refer to the former, not the latter, which are pubs and clubs. Australia has about 10 million households, so in effect the debate was blacked out and relied on the press and ABC, Seven and Nine to sell the message on Wednesday, as well as news websites last night and today. In effect, Sky News and those controlled by Murdoch got a free ride from their rivals.