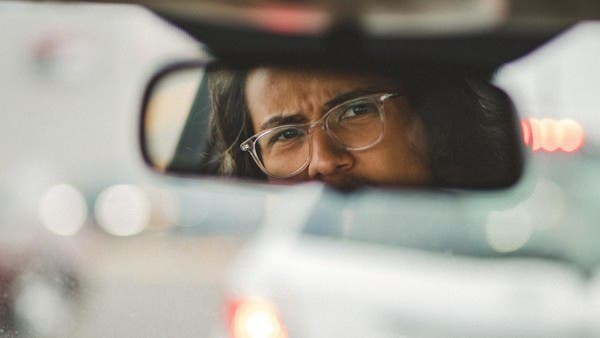 Road safety campaigners say three in five motorists in the UAE have experienced road rage during their daily commute, while a quarter admitted to losing their temper while driving due to reckless behavior on the roads. .

The road rage problem has only accelerated since the start of the COVID-19 pandemic, according to Thomas Edelmann, managing director of Road Safety UAE, who describes the increase as multiple.

First of all, people have become more stressed in the last two years during the pandemic, while, after an almost deserted period on the roads, motorists find themselves back in congestion, facing the daily commute and finding that the frustrations of this are compounded further after an absence without her.

“The ‘buzz is back’ in Dubai, as are the traffic jams,” said Edelmann. “We hear constant stories from frustrated motorists.”

Edelmann said the problem has also been exacerbated by a surge in new development and a trend of more people moving from inner-city flats to villas in search of larger, more rural properties after the pandemic, that generates bottlenecks in areas paralyzed by heavy traffic flow.

“This creates traffic of residents, students, suppliers, etc. Virtually every day on the radio we hear about morning and evening rush hour congestion in these new areas. Motorists feel cornered with no way out and this can sometimes lead to misbehavior and road rage.”

Road Safety UAE conducted a YouGov survey on traffic tolerance and road rage and found that, when asked by other motorists if they were exposed to road rage, 64 percent of 1,000 respondents said they were exposed “to times” or “often”.

Of those surveyed, 50 per cent of respondents think that road users are generally tolerant of each other, however, more than one in three (35 per cent) witness deliberate and selfish acts such as reckless driving, bullying, jumping the queue and tailgating.

“Clearly, this is an indication that we need to work to establish a more caring attitude towards each other on our roads, as road rage is clearly an ingredient in many forms of reckless driving, which can cause accidents,” Edelmann said.

Mechanics and garages are often tasked with repairing damage to vehicles as a result of road rage.

Ancy Alexander, general manager of Falcon Auto Engineering, said it’s hard to identify the cause of a traffic jam, drivers sometimes offer their experiences on the road.

“As an auto repair shop, it is difficult to pinpoint the exact cause of an accident unless there is an opportunity to have a conversation with the vehicle owner.

“An accident report provides details of the damage to the vehicle, not what caused the accident. Often this information is also not provided voluntarily by the affected party.

“But, in a month, we usually take care of some minor repair jobs caused by accidents resulting from road rage.”

Alexander said road rage can have both a financial and emotional impact on the victim.

“As a business that involves face-to-face interaction with vehicle owners and drivers who have been customers for a long time, I can say that road rage is unpleasant,” he said.

“Drivers of small to heavy vehicles often share how they have to dangerously change lanes due to tailgating and honking relentlessly until they do so.

“Customers have shared instances where they were forced to drive their vehicle over a curb or barricade to avoid colliding with enraged motorists who suddenly and intentionally braked in retaliation toward the driver expressing concern or frustration about reckless speeding or changing of lane.

“Once, out of the blue, I saw two enraged men jump out of their cars and aggressively fight in public for a parking space.

“It’s human to feel irritated when you’re stuck in traffic or when parking is particularly difficult on a not-so-good day. But what instigates aggressive acts that lead to causing physical harm to another person requires in-depth study with the intention of finding pragmatic long-term solutions.

“More precise data will be a big step in the right direction for this.”

Mandeep Jassal, a behavioral therapist at the Priory Wellness Center in Dubai and Abu Dhabi, who teaches anger management courses, offered insight into the impact incidents of road rage can have on mental health.

“People who experience road rage are often living on autopilot and in ‘reaction mode.’ By comparison, when people feel calm and grounded, they are often in “response mode,” which ultimately means having an emotional distance from the triggering situation, for example, someone cutting you off while you drive

“In some cultures, more than others, road rage and honking the car horn, in particular, is more common. For example, studies show how noise levels on the road can be much higher in Eastern societies than in Western societies. However, this is a worldwide problem in its various forms.”

Like Edelmann, Jassal also believes that incidents of road rage are more common.

“Today, perhaps more than ever, people are competitive and strive for the best, whether it be, for example, in their career, as parents or in their appearance.

“We are often caught up in the ‘rat race’ of life and the pandemic has certainly increased insecurities, especially for those who already had a predisposition to anxiety.

“For example, financial insecurities, health concerns, the stress and strain of working from home, and homeschooling over the past two years have had an impact on our anxiety levels.”