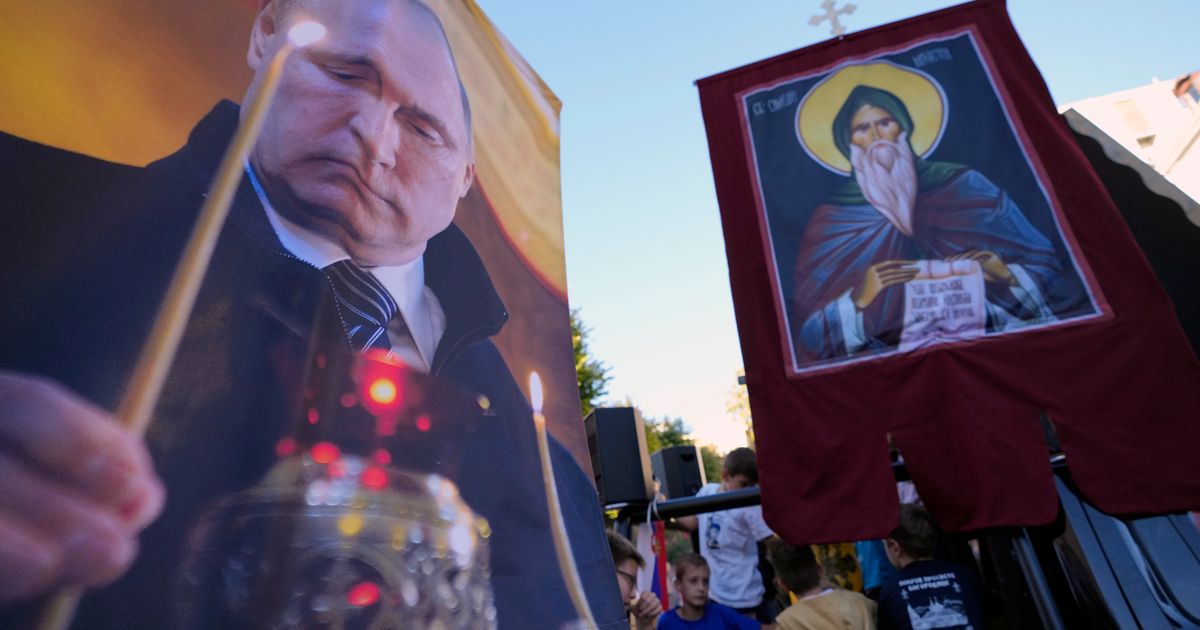 BELGRADE, Serbia (AP) — Thousands of opponents of a pan-European LGBTQ event planned for this week in Belgrade marched through the Serbian capital Sunday despite an announced ban on Europe’s largest annual gay gathering.

The procession called by the conservative Serbian Orthodox Church and led by its clergy included anti-Western slogans as well as Russian flags and portraits of Russian President Vladimir Putin.

After the march, Serbian Patriarch Porfirije prayed at Belgrade’s main Saint Sava temple, saying that “evil forces” want to “profane the purity of the family by imposing unnatural and anti-God unions as a substitute for marriage and family”.

Organizers of EuroPride, which includes a week of events and a Pride march in Belgrade on September 17, have said they will ignore the police ban and hold the LGBTQ festivities instead.

Members of the Association of European Pride Organizers chose the Serbian capital three years ago to host the annual event, hoping it would represent a breakthrough for a Slavic country that is traditionally conservative and heavily influenced by the Church. Orthodox.

Serbia is formally seeking membership in the European Union, but for years it has been edging closer to Russia’s political orbit. The Balkan country has voted in favor of UN resolutions condemning Russia’s invasion of Ukraine, but has refused to join Western sanctions against Moscow.

Serbia’s populist President Aleksandar Vucic, who announced the ban, said Serbian police cannot cope with possible riots by right-wing groups against the Pride march amid a crisis over Serbia’s breakaway province of Kosovo, as well as the energy crisis caused by the war in Ukraine. .

Serbian rights groups have urged their supporters to join the Pride march as part of the fight for democracy that they say is threatened in Serbia by the autocratic Vucic regime.

Several EU officials have said they will join the LGBTQ events, while among those calling on the Serbian government to reverse the announced ban is US Secretary of State Antony Blinken.