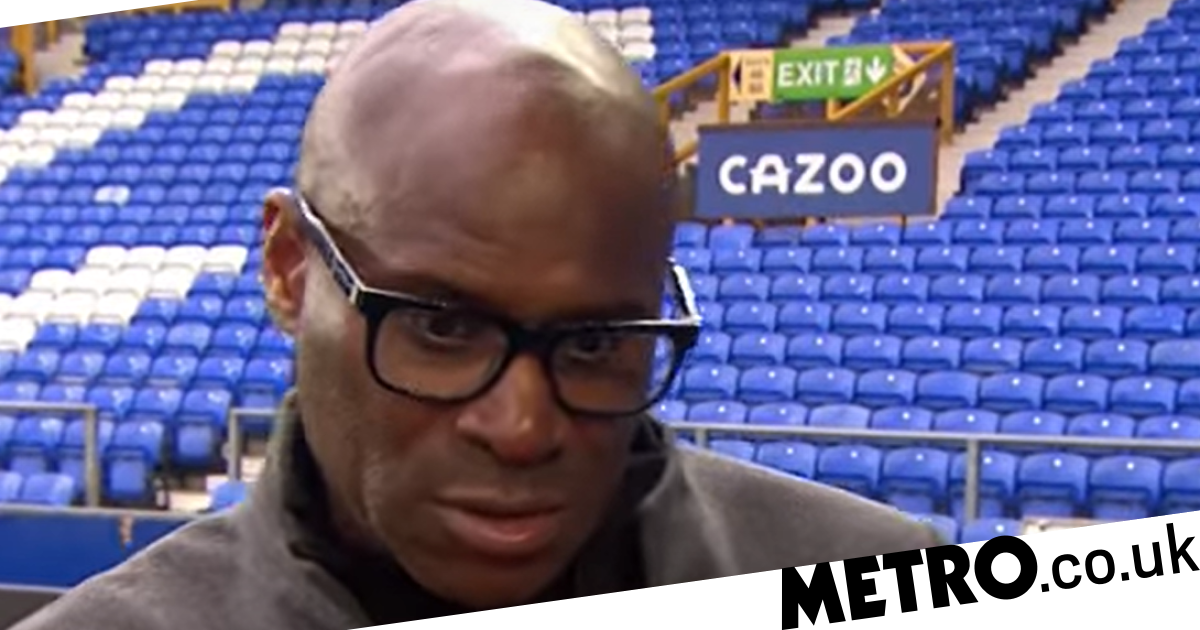 Previous Chelsea defender Frank Sinclair has criticized Thomas Tuchel’s decision to snub Romelu Lukaku against Everton and fears his former club have a ‘huge’ problem on their hands.

Tuchel’s side put in another below-par performance on Sunday as The Toffees boosted their hopes of survival with a hard-fought 1-0 victory over the FA Cup finalists.

An error by César Azpilicueta gifted Richarlison the only goal of the match early in the second half and, although it required an inspired goalkeeper from Jordan Pickford, Chelsea could not find an equaliser.

With his side chasing a draw, Tuchel resisted the urge to introduce the club’s record signing and instead brought on full-backs Hakim Ziyech and Christian Pulisic with 23 minutes to go.

Lukaku made a sad figure on the bench and Sincalir feels it is now inevitable that the 28-year-old, who cost £97m just under 12 months ago, will leave Stamford Bridge this summer.

Sinclair told Stadium Astro: ‘Regarding Romelu Lukaku, there’s a big problem there. For me, with ten minutes to go in a match where you need a goal and you have a player who has scored so many goals and so many good feelings in this football club, for me it was nonsense not to bring him and give him 10 or 15 minutes to try to change the game and get something out of it.

“Especially when you get crosses in the area at will towards the end when you’re chasing the game.” Leaving him on the bench surprised me quite a bit.

“Obviously they’ve put a lot of money into bringing him back to club football again but I don’t like the body language. There was one performance in particular a few weeks ago where he got a lot of attention just because of his general effort and application in the game I didn’t like. like that.

“I wouldn’t be surprised to see him go, but I think obviously Chelsea will want to get a lot of the money back.” For him it would be more appropriate to return to an Inter where he enjoyed his football and scored goals.