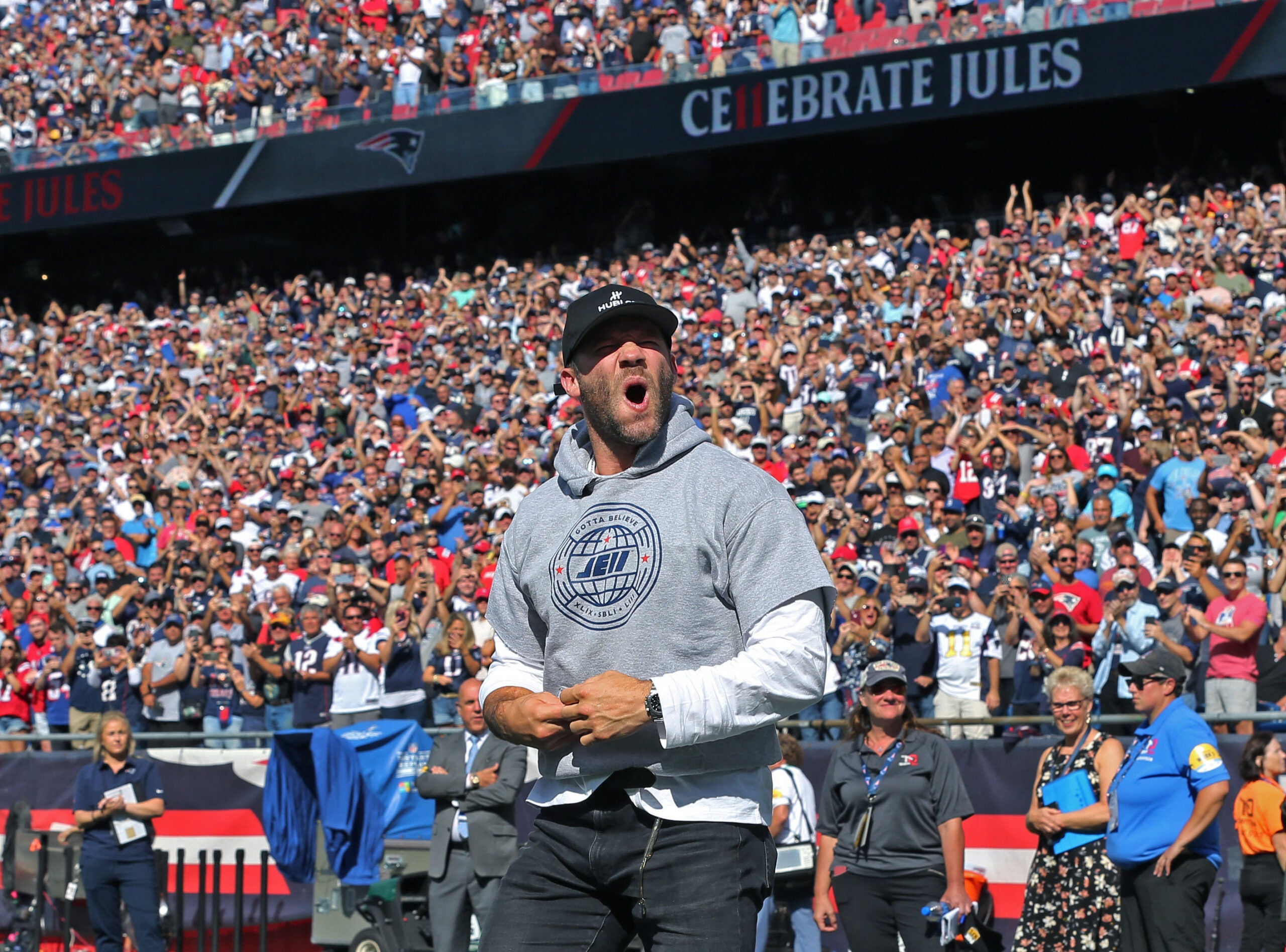 The Red Sox scored runs in every inning except the seventh en route to a 10-1 victory over the A’s on Wednesday night. Boston goes for a three-game sweep of Oakland this afternoon (1:35 pm) at Fenway Park.

Tonight at 9 pm, the Celtics take on the Warriors in Game 6 of the NBA Finals at TD Garden. Boston, trailing 3-2 in the series, needs to win to force a Game 7 (which would happen on Sunday in San Francisco).

Julian Edelman on a possible comeback: Since announcing his retirement in April 2021, Julian Edelman has repeatedly denied any speculation about a possible return (April Fools jokes aside).

“I don’t know, we’ll see,” Edelman said at the Sunset Sports Media Festival in Zadar, Croatia, in response to a question about a possible return to play alongside Tom Brady.

“That’s called a little teaser,” Edelman added. “We’ll see. We stay in shape, but you never know. But I’d probably go back to the Patriots. I love the Patriots. Foxborough forever.”

Edelman and Brady worked out together in early 2022, which Brady showed off in a video clip he tweeted in May.

Originally selected in the seventh round of the 2009 draft, Edelman earned his spot on the Patriots’ roster by playing on special teams and defending at various points. He eventually became Brady’s favorite target and ranks fourth in all-time Patriots history for receiving yards.

Trivia: Can you name the three players who top Edelman on the Patriots’ all-time receiving yards list?

(Answer at the bottom).

Djordje Petrovic exposes his case: With US international Matt Turner leaving the Revolution to join English club Arsenal in late June, New England signed Serbian Djordje Petrović as a possible replacement. So far, the 22-year-old Petrović has shown some potential, including this instant save on Wednesday.

In this day: In 1938, the Red Sox defeated the St. Louis Browns 12-8 despite St. Louis opting to walk Boston slugger Jimmie Foxx a record six times in a game.

Daily Featured: After deft work by Gustavo Bou to maintain possession and find Carles Gil with a cross, Gil scored one of the best goals of his New England career thus far in Wednesday’s 1-1 draw.