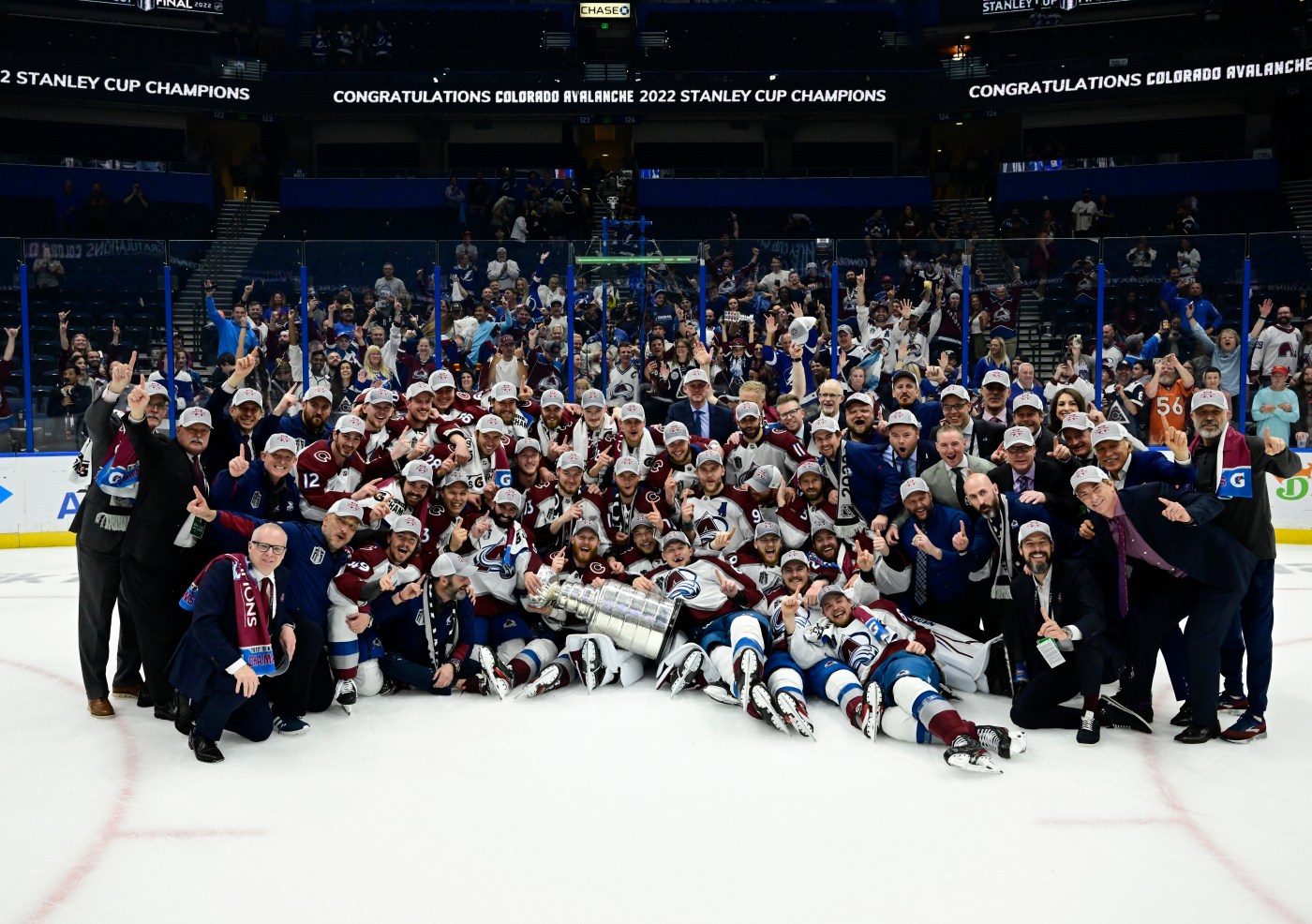 General manager Joe Sakic, the architect of Colorado’s championship rebuild, was proud in Tampa on Sunday night following a 2-1 victory over the Lightning to clinch the series in Game 6. His patience and decision-making the list paid off with a third title for the franchise.

Sakic lifted the Stanley Cup in the air just as he did as an Avalanche player in 1996 and 2001.

“This is something you dream about,” Sakic said. “I am very proud for the players, especially for the greatest that have existed. Our group, since last year, when we were arriving at the training camp, they were engaged. Nothing fazed them this year.

“They were prepared every day to improve. The coaches prepared them and all the players accepted. It’s a great group. A close group. They competed and wrestled with each other all year.”

Sakic bolstered the team’s Cup chances with smart trade decisions and free agency. More recent additions such as Valeri Nichushkin, Artturi Lehkonen, Devon Toews and Darcy Kuemper were instrumental in the team’s title fight. Sakic has a soft spot for the older players on the team who win their first championship.

“You bring in a guy like Jack Johnson who hasn’t won. Enter (Andrew) Cogliano. These older guys have been around for a long time and had a chance to win their first Cup,” he said. “Being a former player and all that, you know how happy they are and how relieved they are to finally have a chance to lift the Stanley Cup.”