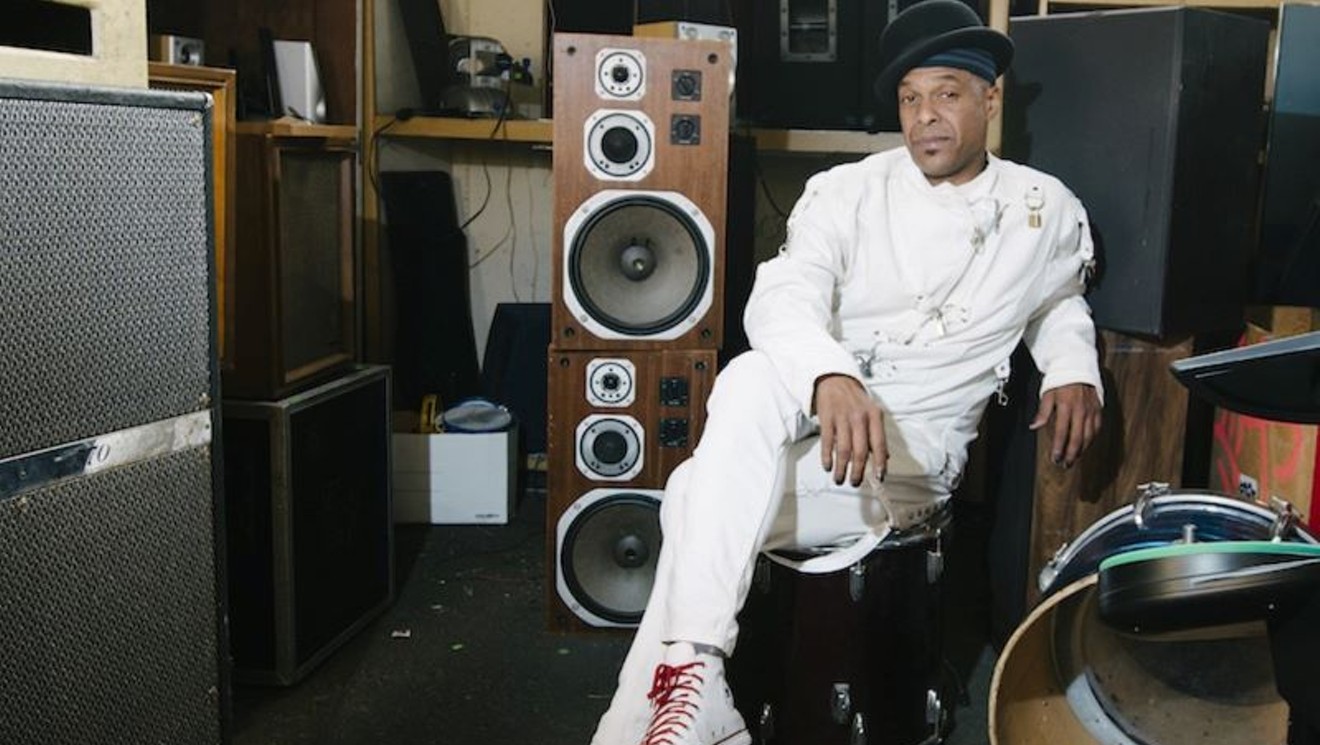 Everyone deserves a new chance in life. Just ask the legendary leader of Fishbone, Angelo Moore. “Brand New Step has been a completely new step for me,” says Moore.

Angelo Moore and the Brand New Step will perform in Houston for the first time on Friday, May 20 at The Continental Club with the Houston Swimsuit Department and DJ Big E opening the show.

“I can always say that everyone deserves a new step, we all deserve it, but for me it’s been a new step because it’s always good to have a different perspective on music and art,” says Moore.

“The Brand New Step is a different reason and perspective for me to play music other than Fishbone, not to take anything away from Fishbone, but sometimes I can’t do certain things there. It’s a completely different genre of music. It’s dance music. It’s the disco ball of my life.”

Fishbone is known not only for Moore’s impressive and magnetic energy on stage that has made him one of the greatest frontmen of all time, but also for his ability to blend many genres ranging from ska, punk, reggae and metal, all while spreading a social conscience. message.

“Fishbone is much angrier,” describes Moore. “Brand New Step is much more disco hipp. You have bell bottoms, glitter, and there’s a lot more hippie peace, love, and hugs.”

“Fishbone is much more angry. Brand New Step is a much more hippie club.”

The project began in 2013 when Moore was approached by Kris Jensen and approached by producer Jim Greer after a screening of the documentary. Everyday Sunshine: The Fishbone Story.

“I’ll try anything once, so I went up north to San Francisco and did some collaborations with those guys,” says Moore in his characteristically energetic and sincere way of expressing himself.

“The Brand New Step hasn’t gotten a chance to play that often, but every once in a while, we get a good push, so I think we’re getting a good push now,” Moore says of the band’s upcoming stops. in Austin, Houston and New Orleans.

“It’s one of those things where the band is scattered. It’s not a local thing, so when we play, it’s more of an operation than not bringing everyone together.”

Getting together physically isn’t the only challenge for the band. Moore describes how initially working with The Brand New Step was a creative challenge for him, as the multi-instrumentalist had never worked with pre-made samples and beats.

“I don’t do that on Fishbone, but it definitely put me in a place where I have to use a different perspective to appreciate the pre-recorded track because on Fishbone and the other things I’m into, it’s all real instruments and real musicians.”

Moore advises all of his collaborators to start by thinking about how those samples were created, and then go ahead and learn the instruments needed to create the sounds they’re after.

“I’m working to create the beats. Whenever I get into The Brand New Step, I always come from the school of playing your instrument, doing it well and creating your own beats, but if we’re going to incorporate tracks into the music then it should be something of an accessory to the essentials. ”, she says comparing it to preparing for a night out where the outfit takes precedence over the details of jewelry and shoes.

“The reason I play all these instruments that I play is because if the band I’m in can’t manifest the idea for me. I don’t want to be left without being able to produce a musical part because I depend on someone else who doesn’t support me, so I have to learn to play the instrument myself.”

Although Moore plays a wide variety of instruments, from saxophone, piano, organ, drums and the theremin, which will be part of his live shows this week, it’s his voice and lyrics that really take your breath away.

Moore, also known as Dr. Madd Vibe, is also a poet with three published poetry books to his credit. He is working on cataloging his lyrics online so that people can easily access his lyrics.

“Dr. Madd Vibe recommends that you arm yourself with a layer of protective and prophylactic awareness,” he says gently.

“It’s to raise awareness,” he says. “I am using words. You can get sound and intent from a musical instrument, but you can’t get the musical instrument to speak a language and that’s the first thing that draws people in or what they recognize is the words.”

Although Moore has been actively making music since ’79, he has never lost his childlike enthusiasm and energy for making music and connecting with audiences. His life and work was recently documented in foreverMoore; The Angelo Project which will launch on Amazon this summer.

“I’m thankful that I’m still playing music and making a living since ’79, man. I’ve only had two jobs, one was at McDonald’s and I got fired,” laughs Moore. “I always tell them not to grow up, he is a cheat man.”

When asked what it was like to see her life on film, Moore says, “It’s kind of weird looking at me, people call me an icon and a legend. I’m like, aren’t they usually dead when people talk about them?

“I’m grateful. I’m going to do what I have to do so I can stay here longer and when it’s time to go, well then I’ll be out of this motherfucker, but I’ll tell you, I’m trying to put some things behind me really.” good for the human race and the people of the planet to enjoy, learn and smile throughout their lives”.