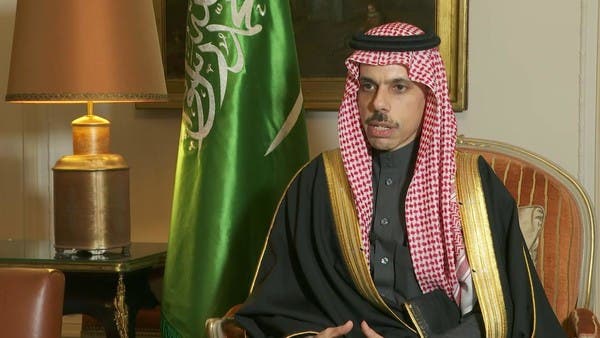 Today, Tuesday, the Saudi foreign minister said that he does not see a shortage of oil in the market, but rather a shortage of refining capacity, which makes it necessary to increase investment in the capacity to process crude oil into various oil products.

He noted that “without the collective cooperation of OPEC+, it will be impossible to secure a sufficient supply of oil.”

Prince Faisal bin Farhan noted that Russia is an integral part of OPEC+.

Oil prices were turbulent on supply concerns after Western sanctions on Russian crude and fuel supplies disrupted commercial shipments to refiners and then consumers, as well as mounting fears that attempts by the US central bank fuel demand.

The OPEC Plus alliance includes 23 oil-exporting countries, 13 of which are members of the Organization of the Petroleum Exporting Countries (OPEC). This agreement was reached in November 2016 with the aim of ensuring the stability of the oil markets.

The Saudi foreign minister’s statements confirm what was said by officials that oil policy decisions will be made according to the logic of the market and within the OPEC+ alliance, after US President Joe Biden concluded a historic trip to the Kingdom .

Biden said late Friday that Saudi Arabian officials shared his “urgent need” to increase oil supplies, and he expected “further steps in the coming weeks” to that end.

Meanwhile, Saudi officials stressed that any decision to pump more would be made within the framework of OPEC+, which is due to hold its next meeting on August 3.

For his part, the Minister of State for Foreign Affairs, Adel al-Jubeir, downplayed the idea of ​​any agreement. “This is not about the deal. This is about the kingdom’s long-term policy of working to ensure that there is sufficient supply of crude in the markets and we are closely monitoring the state of supply and demand. If there is a potential shortage , we are working to increase crude oil production through and with our partners,” he said. In OPEC and our partners in OPEC+.”

The alliance already moved to speed up production increases in June, following calls from consuming countries including the United States. However, with oil prices falling from recent highs and recession risks gripping markets, the picture may change ahead of the next meeting on August 3.

Under the terms of the current OPEC+ deal, Saudi Arabia’s output will hit 11 million barrels a day next month, a level it has rarely maintained in its contracts as a crude oil exporter.