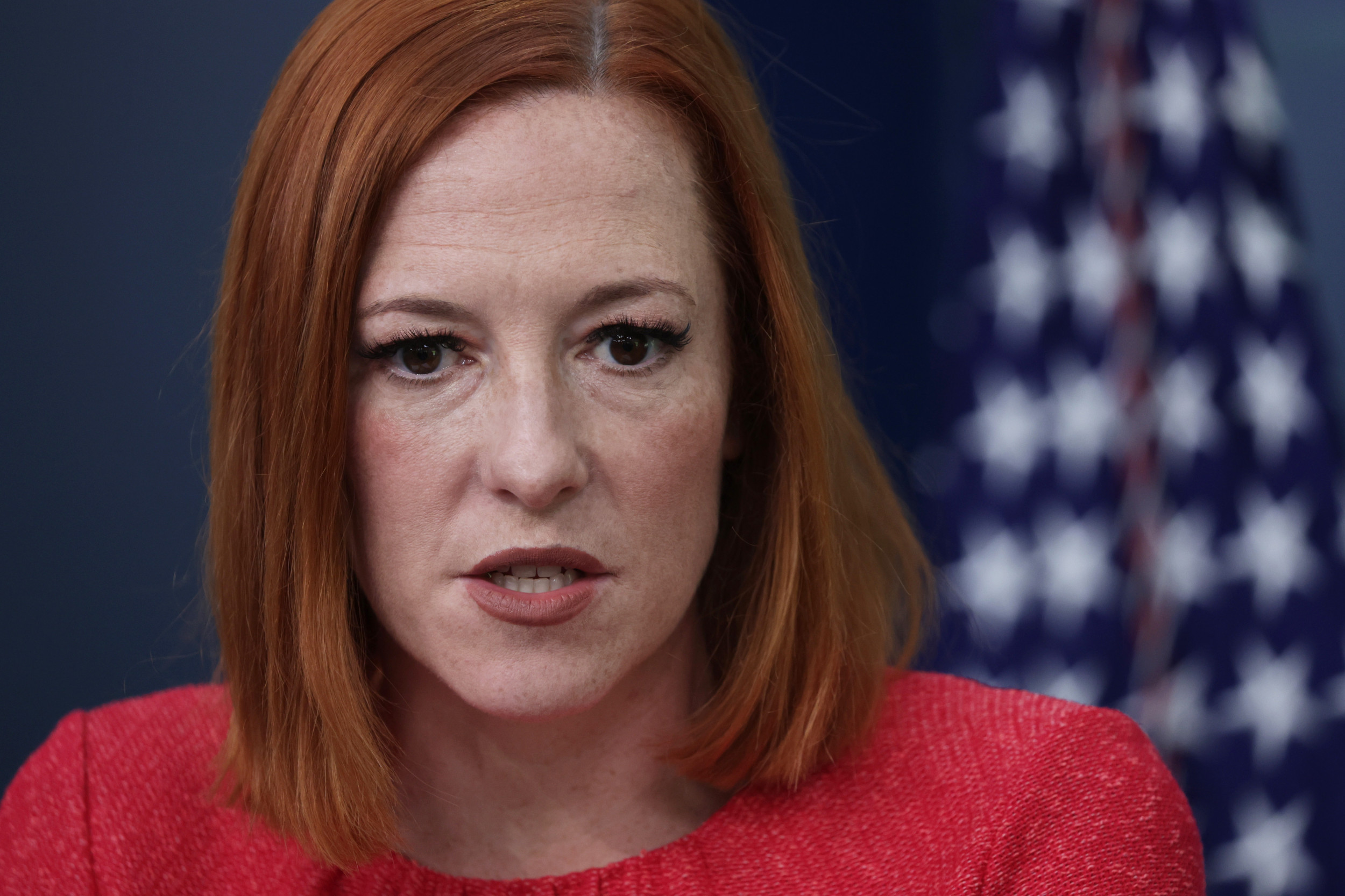 White House press secretary Jen Psaki said it was “absurd” for Russian President Vladimir Putin to suggest NATO allies were to blame for the war in Ukraine when he was the one who ordered the invasion of the country. Russia’s neighbor.

“The suggestion that this war, which was led by President Putin, was provoked by Western aggression or Western plans is patently false and absurd,” Psaki told reporters during Monday’s press conference.

Speaking about Putin’s speech at Russia’s Victory Day celebrations, he said his speech at the parade in Moscow was “a revisionist version of history that took the form of disinformation, which we have too often seen as the book of Russian plays”, and added that it was lucky. because reporters around the world know to be skeptical of Putin’s claims.

Earlier on Monday, Putin headed to the Russian nation to celebrate the country’s annual holiday marking the Soviet defeat of Nazi Germany.

In his speech from Red Square, the Russian president defended the invasion of Ukraine saying that “it was the only correct solution that we could take” in the face of international threats against Russia.

“NATO countries did not want to listen to us. They had different plans and we saw it. They were planning an invasion of our historical lands, including Crimea,” Putin said. “It was a threat that we could not accept, it was a direct threat to our border. Everything showed that we are dealing with Nazis and we have to do something about it.”

“We will never give up love of the country, faith, traditional values, ancestral customs and respect for all peoples and cultures,” he added. “As for the West, it seems to be determined to cancel these ancient values.”

On Monday, Psaki recognized Victory Day as a day “that we have all celebrated, which is the defeat of the Nazis after World War II.”

He said that while the Russians shared those commemorations with the Americans, “we are seeing Russian forces commit war crimes and atrocities in Ukraine while engaging in a brutal war that is causing so much unnecessary suffering and destruction.”

“This day is supposed to be about celebrating peace and unity in Europe and the defeat of the Nazis in World War II, that’s what is celebrated every year in Russia as well,” Psaki said from the White House. “Instead, Putin is perverting history, changing history, or trying to change it, he should say, to justify his unprovoked and unjustified war.”

Earlier in the day, President Joe Biden signed the “Ukraine Democracy Defense Lend-Lease Act of 2022,” which will give him more authority to provide military aid to Ukraine, signing it into law.

Ukrainian President Volodymyr Zelensky thanked Biden and the American people shortly afterward, saying, “I am convinced that we will win again together. And we will defend democracy in Ukraine. And in Europe. Like 77 years ago.”