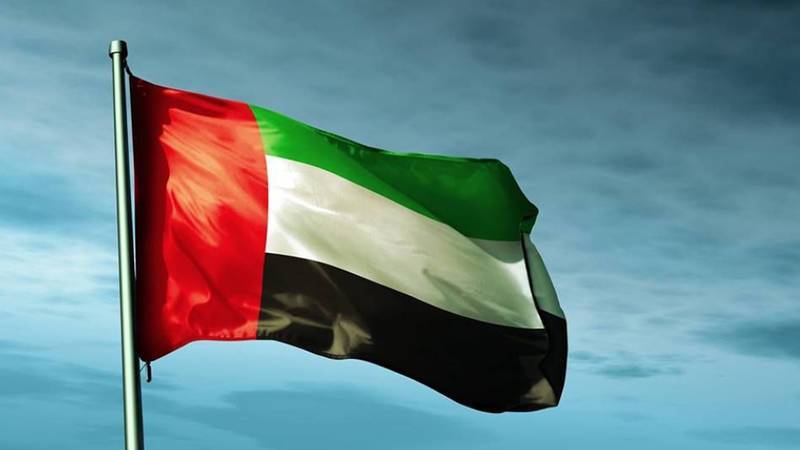 For the fourth consecutive day, the UAE delegation continued to hold important and high-level meetings and gatherings on the sidelines of its participation in the 77th session of the United Nations General Assembly.
Reem Al Hashemi, Minister of State for International Cooperation, delivered the UAE statement, during a high-level briefing to the Security Council, on maintaining peace and security in Ukraine.
He met with Luca Beccari, Minister of Foreign Affairs of San Marino, to sign a memorandum of understanding to establish a cooperation committee between the two countries. He also met David Beasley, Executive Director of the World Food Program.
Khalifa Al Marar, Minister of State, attended the ministerial meeting between the Gulf Cooperation Council and the European Union.
He also participated in the ministerial meeting of the Ad Hoc Liaison Committee for the Coordination of International Assistance to the Palestinian People, which acts as an important coordination mechanism in policies to provide development assistance to the Palestinian people, where he delivered a speech in which He said: “The UAE contributed around 684 million dollars between 2016 and 2022, within the framework of the efforts it is making to support the humanitarian conditions of the Palestinian people, since UNRWA received around 165 million dollars, of which 143 million were earmarked for education, and 11.7 million for in-kind aid and social service programs in Gaza, the West Bank, Jordan, Syria and Lebanon. The United Arab Emirates also recently pledged $25 million to Al-Makassed Hospital in East Jerusalem to improve its services.
He added: “The UAE supports the renewal of UNRWA’s mandate and affirms its leading role in providing humanitarian aid and protection programs to millions of Palestinian refugees. Here, I would like to emphasize the importance of the agency continuing to provide all services, within the framework of its mandate, to the Palestinian refugees.
Meanwhile, Dr. Sultan Al Jaber, Minister for Industry and Advanced Technology, UAE Special Envoy for Climate Change, joined world leaders, ministers and experts at the Bloomberg Emerging Markets Forum to emphasize the importance of a successful and affordable energy transition, and to drive economic growth and climate action.
During the forum, he emphasized the need for a realistic strategy to keep the level of global temperature rise from exceeding 1.5 degrees Celsius, while expanding access to energy at an adequate cost.
Al-Jaber also met with Adel Al-Jubeir, Minister of State for Foreign Affairs, member of the Council of Ministers and Saudi Arabia’s envoy for climate affairs.
Meanwhile, Sheikh Shakhbut bin Nahyan Al Nahyan, Minister of State, met with William Samui Ruto, President of the Republic of Kenya. He also had a fruitful conversation with Umaro Sissoko Ombalo, President of the Republic of Guinea-Bissau, and Olivia Ruamba, Minister of Foreign Affairs, Regional Cooperation and Burkinabe Abroad of Burkina Faso.
He also attended a meeting on the Ethiopian Green Legacy Initiative and its role in combating climate change, and another high-level United Nations meeting on the situation in the Sahel region, and met with Mike Hammer, US special envoy for the Horn of Africa. .
Speaking at the high-level meeting on the Sahel region, he said: “The UAE stresses the need to eliminate extremist ideologies that impede development, peace and prosperity in the Sahel countries, because the UAE remains deeply concerned about the growing threat of cross-border activities by terrorist groups in the Sahel”.
It affirmed the commitment of the State to provide relief aid and extend a helping hand to those in need, within the framework of its humanitarian and civilized policy and mission, and its values ​​established in alleviating the suffering of societies without discrimination, based on the geographic location, race, color, sect, or religion.
“Climate change knows no borders and the Sahel is paying a high price in this regard, despite its low contribution to global greenhouse gas emissions,” he added.
Sultan Al Shamsi, Deputy Minister for Foreign Affairs and International Cooperation for International Development Affairs, attended the UNRWA donor ministerial meeting, which was hosted by the Hashemite Kingdom of Jordan and the Kingdom of Sweden.
Finally, Yaqoub Al Hosani, Deputy Minister for International Organization Affairs, participated in the annual coordination meeting of foreign ministers of the member states of the Organization for Islamic Cooperation. (wow)