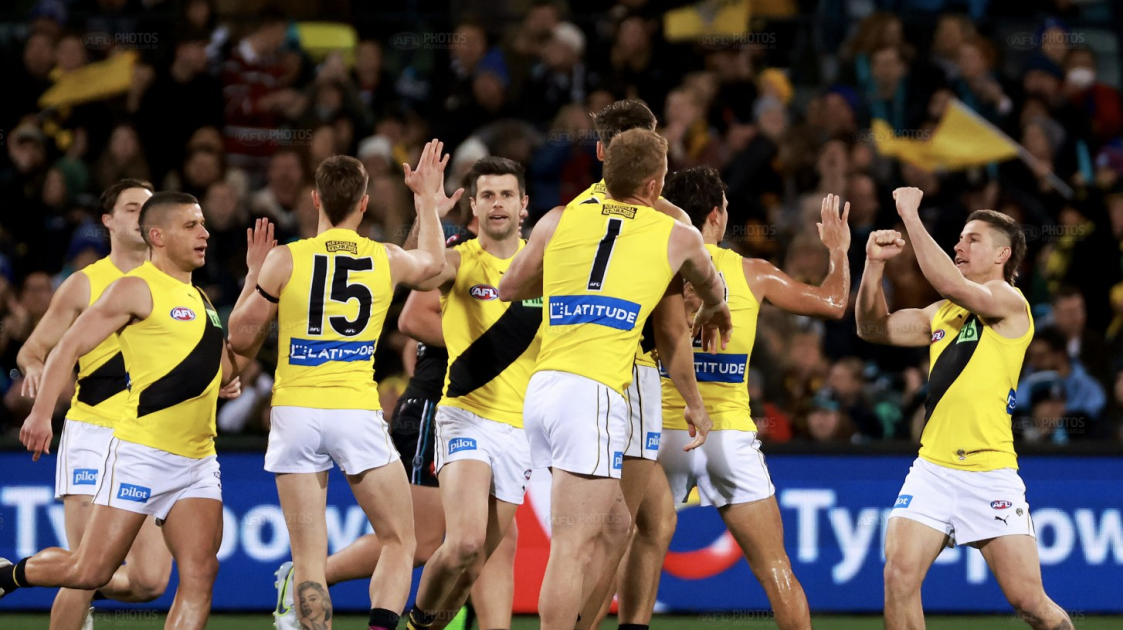 A masterclass from Shai Bolton has lifted Richmond into the top eight after a 71-109 victory over a disappointing Port Adelaide.

Victory sees them two points clear of St Kilda and comfortably clear on percentage as the season comes to a head with just two rounds remaining.

This continued into the second quarter when the Power fought hard in front of a raucous home crowd to find themselves eight points down thanks to another Bolton goal.

The game opened up after halftime as the Tigers went impressively seven goals to three in the third period, a 34-point lead that was ultimately too much for the Power to overcome.

Port would be buoyed by performances from Zak Butters (28 touches, eight tackles), Ollie Wines (32 touches, six tackles), Dan Houston (24 touches, 497 meters gained) and Miles Bergman (one goal, 21 discards) in what It was ultimately a bad night for Ken Hinkley’s men.

The Tigers will be sweating for Nick Vlaustin’s health for the final, as the 28-year-old suffered a rib injury and visible pain.

Port Adelaide take on Essendon at Marvel Stadium next week when the Tigers host Hawthorn at the MCG against Essendon in the final round and would be favorites for both meetings.