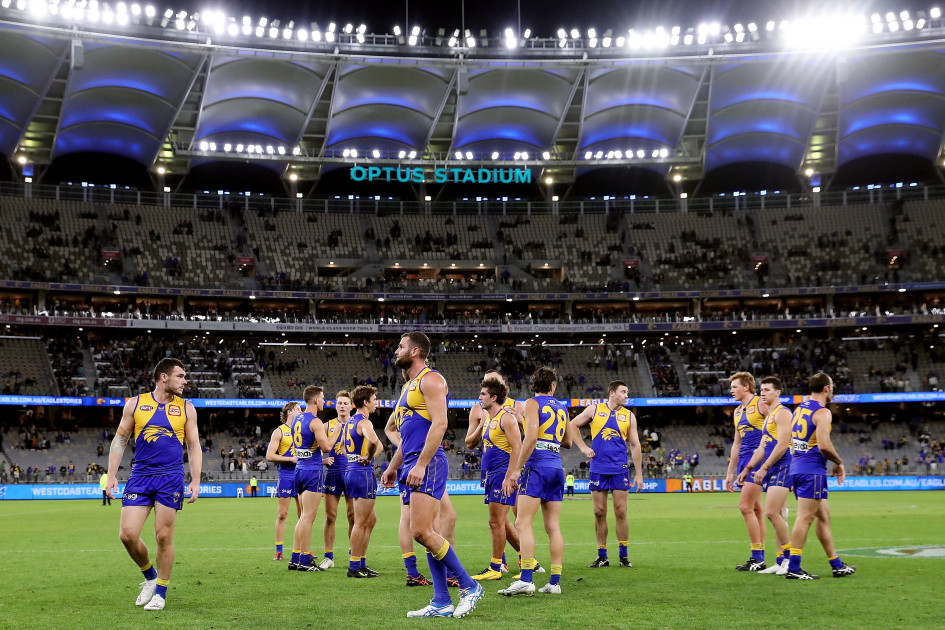 We are seven weeks into the AFL season and the contenders are beginning to separate themselves from the pack.

Round 7 told us a lot about some clubs, as teams rallied, fell to new lows and caused dramatic upsets.

Here’s what we learned from the weekend’s games:

While they went into their clash against Geelong with a 5-1 record, Fremantle really proved their mettle at the Cattery on Saturday.

Winning at GMHBA Stadium is no small feat, especially with the likes of Nat Fyfe, Sean Darcy and Matt Taberner out of the squad.

Beating a genuine contender was the litmus test the Dockers had to pass to prove they are a real shot in 2022; now they absolutely look like a potential top-four team.

Their team’s defense is elite and they have a great combination of youth and attacking experience, a true hallmark of the best teams in the league.

Their next three games will be against the Kangaroos, Suns and Magpies and they will be favorites in all three matchups.

A 9-1 record is on the line before they take on Melbourne in Round 11. They could be the Demons’ biggest challenger this year.

The West Coast needs to come to terms with its situation and commit to rebuilding.

We all knew the West Coast was trending down in 2022, but Friday night’s 109-point loss to Richmond would have really hit Perth.

After such a period of containment, there was always going to be the other side of the mountain, but right now, it’s more like free falling off a cliff.

With a rebuild clearly needed, West Coast should commit to it sooner rather than later as they once again begin their climb up the ladder.

Their next two games are against the Lions and Dees, games they wouldn’t win even with their best side in top form, offering a perfect opportunity to continue to bleed the youth and try different things.

The writing was on the wall, it is time for the Eagles now to accept what is to come and regenerate.

Brisbane has broken away as the second seed

Going into the round, we all knew that Melbourne were the better side, but a chasing pack was beginning to emerge as the Lions, Dockers, Saints and Swans sat just behind the reigning Premiers with just one loss.

While the Dockers impressively beat the Cats at Geelong, it seems premature to name them too soon, so all eyes turned to the SCG, where it looked like the winner of the Brisbane-Sydney clash would be announced as the “other” best. league team. .

The result would have been enough for the Lions to secure the second seed, but the way they ultimately did it proved it even more.

Winning 24 points over a top-four Swans side is impressive in itself, but the Lions really picked themselves up after withstanding a heavy blitz from Sydney in the third quarter, showing that their structure and game plan were accumulate under immense heat.

We’ve been saying that Melbourne has a good gap to the rest, but it looks like the Lions are starting to close that.

St Kilda let a golden opportunity slip away on Saturday night, dropping Port Adelaide by a solitary point at Cairns after showing themselves astray in front of the big sticks.

With the margin proving so small, the club’s decision to sell the home game to Cairns, where the game was played in conditions not suited to the Saints’ style of play, has come under scrutiny.

As the dewy surface was the exact opposite of their usual environment under the roof of Marvel Stadium, that’s probably all it took to change that result and get the Saints on their impressive run.

With poor results in previous ‘home’ games in China, Cairns, New Zealand and Tasmania, the Saints will be desperate to put themselves in a financial position to keep all their home games in Melbourne.

Moorabbin’s supporters will pray that he arrives sooner rather than later.

The last ray of hope has now left for Essendon

Essendon simply had to beat the Western Bulldogs on Sunday if they were to return to the final in 2022, as the loss sent them to a shocking 1-6 record after seven rounds.

With their hopes of a September football return dashed, this season will now take a different path for the Dons, who must continue to nurture the youth and develop their emerging players.

Looking at Essendon’s roster, they have enough quality players in the right positions to challenge most teams, but through a combination of injuries, a tough game and a couple of terrifying performances, it’s looking like another wasted campaign. .

Hopefully for Bomber fans, the likes of Sam Draper, Nik Cox, Archie Perkins, Nic Martin, Zach Reid and Ben Hobbs continue to improve as the club looks to build a platform to compete for years to come.

It’s a big week for Richmond

Richmond was at his best against the Eagles on Friday night, his game clicking in all facets to record a 109-point win.

While the Tigers looked back on their prime, inconsistency is what has plagued them this year, with all of their wins followed by a loss next week.

Taking on Collingwood, a team that, like Richmond, look set to contend for mid-table positions, they will be desperate to find the consistency they want.

With the possible inclusion of superstar Dustin Martin for the big game, Richmond could really start storming the 2022 season with a win.