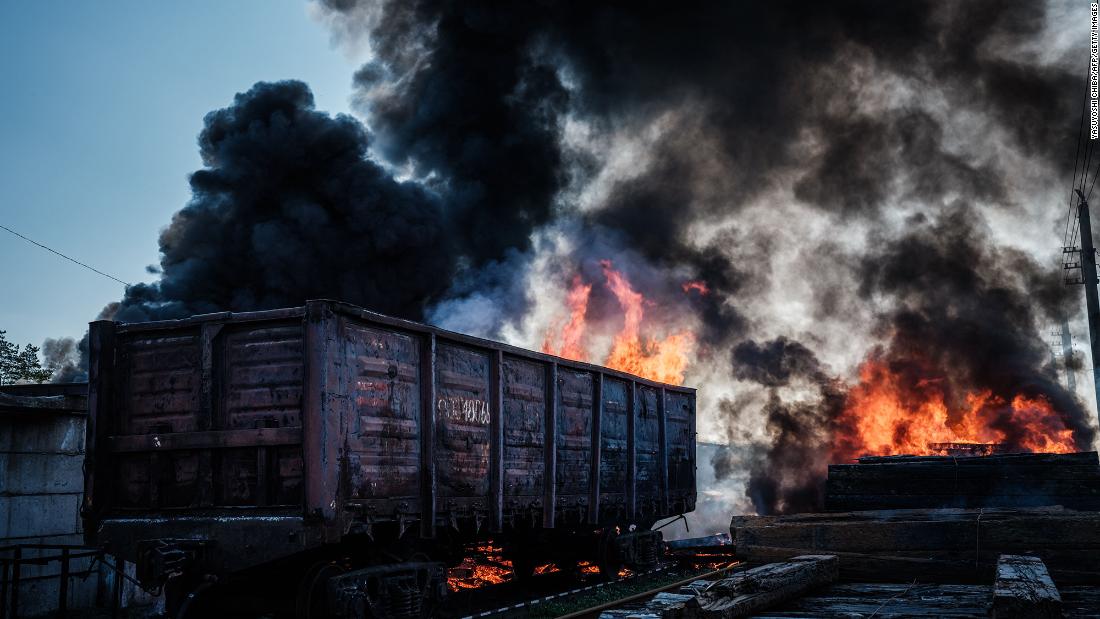 The International Committee of the Red Cross (ICRC) is working with the United Nations in an ongoing operation to remove people from Mariupol and the besieged Azovstal steel plant, the ICRC said in a statement.

“The ICRC confirms that a safe passage operation is underway, in coordination with the UN and the parties to the conflict. The convoy to evacuate the civilians left on April 29, traveled about 230 kilometers and arrived at the Mariupol plant on Saturday morning local time, according to the statement. “The ICRC insists that details cannot be shared until the situation allows, as it could seriously jeopardize the safety of civilians and the convoy. Relevant local authorities are communicating with civilians about details. practical”.

Ukrainian President Volodymyr Zelensky confirmed in a tweet on Sunday that “the evacuation of civilians from Azovstal has begun.”

“The first group of about 100 people is already heading to the controlled area,” he added.

The Mariupol city council said on Sunday there was an “opportunity” to evacuate civilians from the besieged city of Mariupol.

The council urged people to gather at 4 pm local time (9 am ET) near a shopping mall called “Port City” to evacuate them to the southern region of Zaporizhzhia.

“If you have relatives or acquaintances in Mariupol, try to contact them by all means. Call, text and say that it is possible to go to Zaporozhzhya, where it is safe,” the Council said on Telegram.

“We pray that everything works out,” he added.

A local Telegram channel earlier said that until 3 pm local time, a “green corridor” would be opened for citizens who want to enter the “enemy-controlled” territory in Kamensky district.

There are around 100,000 people still in Mariupol, even though most of the city has been severely damaged by weeks of bombing and airstrikes by Russian forces.

Ukrainian authorities have been giving more details about the evacuation of civilians who had been trapped on the steep Azovstal plant.

Iryna Vereshchuk, deputy prime minister, said on Ukrainian television: “I’m sorry, we were silent. We really wanted everything to go well. Our silence was for people to come out alive and unharmed. More than 100 people have been evacuated and the evacuation continues. All this happened thanks to the control of Ukraine’s President Zelensky Antonio Guterres and the International Committee of the Red Cross, for which we are very, very grateful.”

Some more context: Mariupol is home to the Azovstal steel plant, which has come under heavy Russian bombardment in recent weeks. Hundreds of people, dozens of whom are injured, are believed to be inside the steel complex.

The Russian news agency TASS says that according to the Defense Ministry in Moscow, 80 civilians have now been rescued from the “territory” of the Azovstal plant and evacuated to a Russian-controlled compound a few miles away.

It is not clear if any of them came from inside the plant itself, where hundreds of civilians have been under shelling for weeks.

“Civilians evacuated by the Russian military from the Azovstal plant, who wanted to leave for areas controlled by the kyiv regime, were handed over to representatives of the UN and the International Committee of the Red Cross,” the ministry said.

The report followed comments from a Ukrainian commander inside the plant who said some civilians had been evacuated from the steelworks after the introduction of a ceasefire.

These civilians, all women and children, were expected to go to the “appointed destination” of Zaporizhzhia, Capt. Svyatoslav Palamar said.