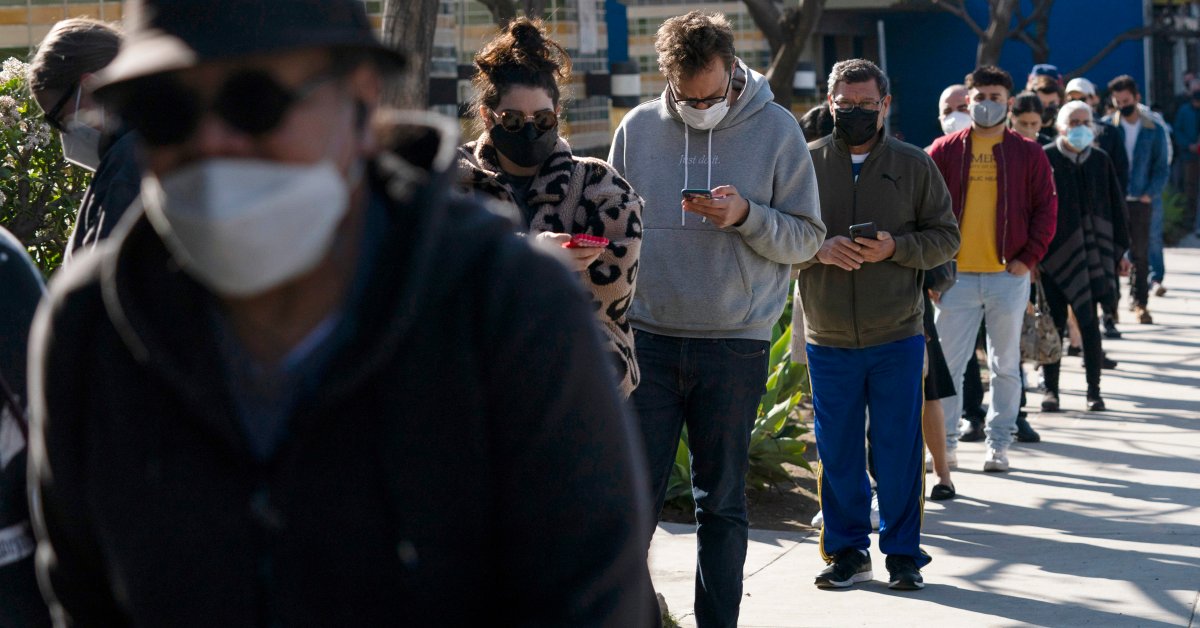 B.and Hispanic Americans remain far more cautious in their approach to COVID-19 than white Americans, recent polls show, reflecting divergent preferences about how to deal with the pandemic as federal, state and local restrictions fall by the wayside. .

Despite the majority preference among American adults in general for measures such as the mandatory use of face masks, public health experts said that the divided opinions among racial groups reflect not only the unequal impact of the pandemic on people of color, but also apathy among some white Americans.

Black Americans (63%) and Hispanic Americans (68%) are still more likely than White Americans (45%) to say they are at least somewhat concerned that they or a member of your family become infected with COVID-19, according to an April survey report by The Associated Press-NORC Center for Public Affairs Research.

Throughout the pandemic, African-American and Hispanic communities have experienced higher rates of illness and death from COVID, said Amelia Burke-Garcia, director of NORC’s public health program area. Those experiences have resulted in higher levels of stress, anxiety and awareness of the risks of contracting COVID-19, she said, meaning people of color are more likely to feel that measures like mandatory mask wearing are needed.

Read more: Most Americans have had COVID-19. That doesn’t mean they won’t get it again

“We have seen these trends endure throughout the pandemic,” Burke-Garcia said. “What we are seeing now, as mitigation measures are rolled back, is that there is still a lot of concern among African Americans and Hispanic Americans about the risk of getting sick.”

A new AP-NORC survey shows that most black and Hispanic Americans are at least somewhat concerned that they or their family will be infected with COVID-19, compared to less than half of white Americans.

Seventy-one percent of black Americans say they are in favor of requiring face masks for people traveling on planes, trains, and other types of public transportation. That’s more than the 52% of white Americans who support mask mandates for travelers; 29% of white Americans oppose it. Among Hispanic Americans, 59% are in favor and 20% oppose. The survey was conducted before a federal judge’s ruling struck down the government’s mandate to wear masks for travelers.

In Indiana, Tuwanna Plant said she’s seeing fewer and fewer people wearing masks in public, though she said she’s been diligent about always wearing one. Plant, who is black, said she sees people treating the pandemic as if it is over, and she wants the mask mandate to continue.

Plant, a 46-year-old sous chef, said she had some concerns about getting vaccinated and took all other precautions, like cleaning herself and wearing a mask, to avoid getting sick, but was recently hospitalized for COVID-19.

The experience scared her: She has a pre-existing lung condition and knew relatives who have died from COVID-19. She said that she plans to get vaccinated as soon as she can.

“I called my kids while I was in the ER,” Plant said. “I didn’t know…if it was going to get better or worse, I didn’t know. So that was the whole experience for me.”

Dr. Celine Gounder, an infectious disease specialist and epidemiologist and managing editor of Kaiser Health News, said people’s lived experiences profoundly shape how they perceive the pandemic. Anecdotes and personal experience can have a greater impact on behavior than numbers, she said, and people of color are more likely to have had negative experiences with health care before and during the pandemic.

While new drugs and vaccines have made it easier to treat COVID-19, Gounder said many people still face systemic barriers to accessing that care. Others risk losing their jobs or can’t take time off if they get sick, she said, or can’t avoid things like public transportation to reduce their exposure.

“When people argue that they don’t have to wear a mask on the plane, that means a very different thing to someone who has access to all these new innovations than it does to someone who has no health insurance, struggling to care for an elderly person. his father and his children, who may be a single mother who works in a job where she doesn’t have paid sick or family medical leave,” Gounder said. “It’s just a completely different calculation.”

Last month, an AP-NORC survey showed that black and Hispanic Americans, 69% and 49%, were more likely than white Americans, 35%, to say they always or often wear a face mask when around others. persons.

Less support for mask mandates and other precautions among white Americans may also reflect less sensitivity to what’s going on in communities of color. In a 2021 study of mask wearing during the early part of the pandemic, researchers found that mask wearing among white people increased when white people were dying at a higher rate in the surrounding community. When black and Hispanic people died, the use of masks was less.

Berkeley Franz, a co-author of the article, said that in addition to the residential segregation that separates whites from communities of color, previous research has shown that whites can show ambivalence toward policies they believe primarily help people of color.

Communities of color also have a different perception of pandemic risk than their white counterparts, said Michael Niño, a sociology professor at the University of Arkansas who co-authored a paper on race, gender and masking in the pandemic.

“Masking is something that is relatively cheap, it is effective and it is something that can be done easily,” he said. “It does not require any kind of government response. These broader histories of racism and sexism in the United States are certainly shaping some of the patterns we’re seeing.”

The AP-NORC survey of 1,085 adults was conducted April 14-18 using a sample drawn from NORC’s probability-based AmeriSpeak panel, which is designed to be representative of the U.S. population. The sampling error margin for all respondents is plus or minus 3.9 percentage points.