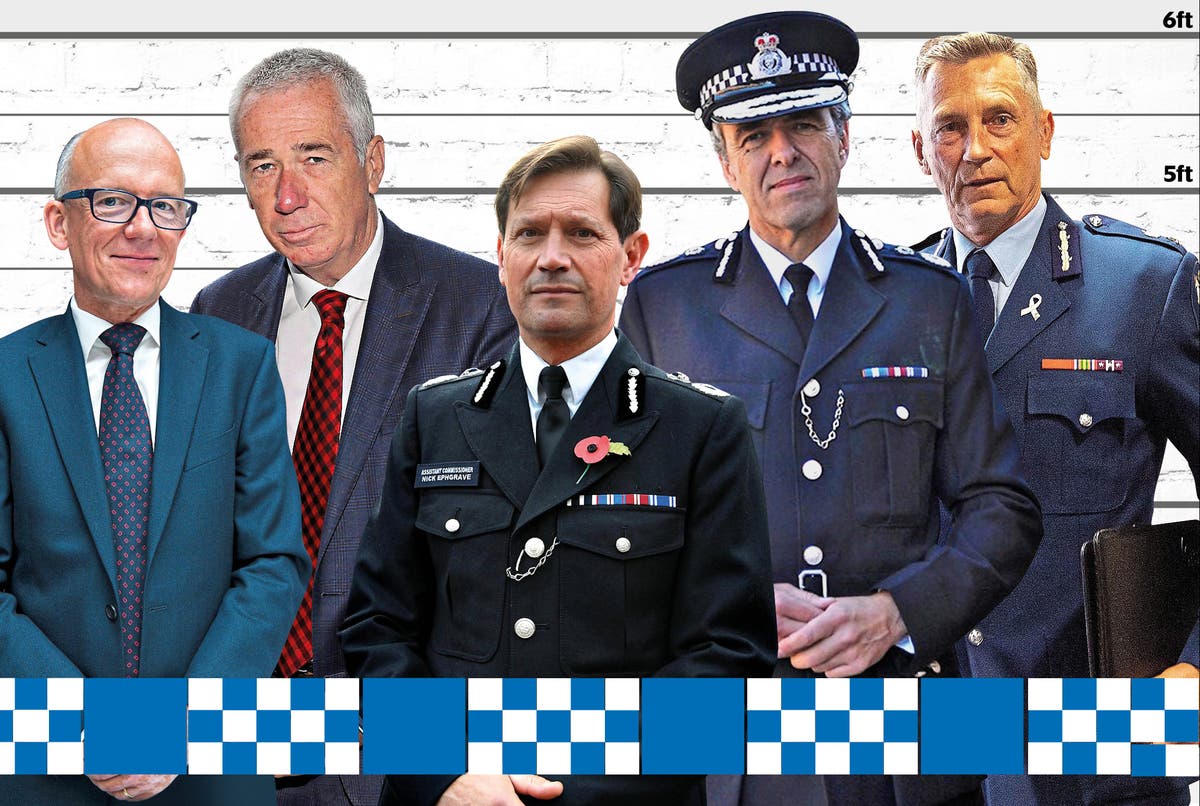 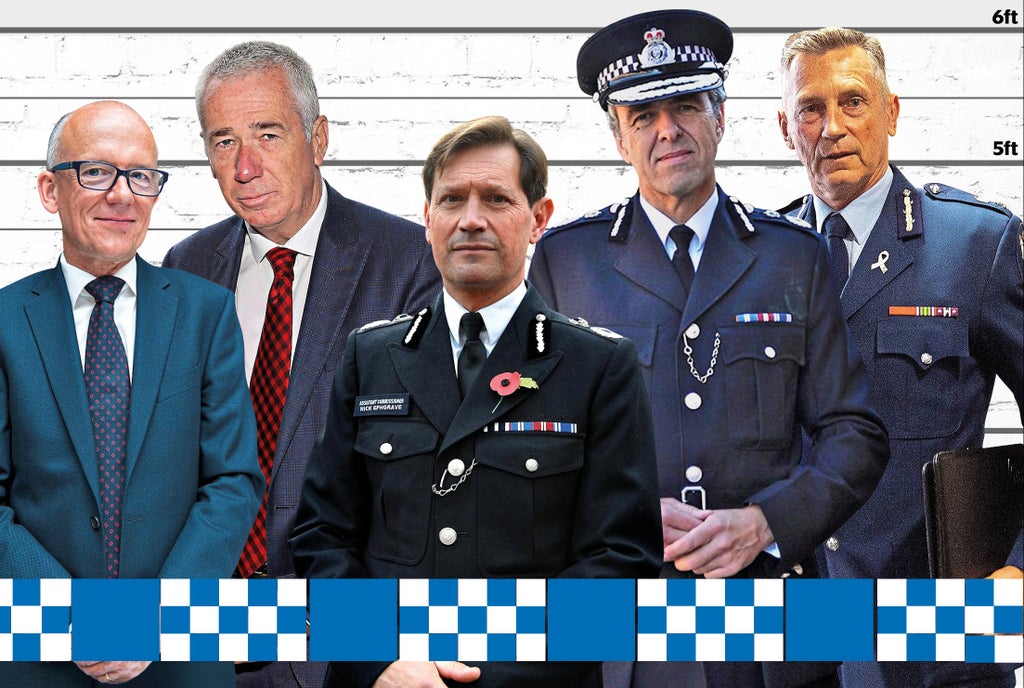 When the list is narrowed tomorrow to find Dame Cressida Dick’s replacement as Scotland Yard’s director, all the candidates will look familiar. Critics say Mayor Sadiq Khan’s brutal ouster of the Metropolitan Police’s first female commissioner in its 193-year history has backfired. Because a middle-aged white man is sure to lead Britain’s largest force to usher in urgent reform amid accusations of a toxic culture of sexism, racism and homophobia in his ranks.

After much jostling, five highly experienced contenders have emerged, raising questions about whether Dame Cressida’s “pale male” successor can be an ally to all Londoners. Sir Mark Rowley, 57, a former deputy chief of the Met and UK counter-terrorism police chief, is the favourite, followed by Deputy Commissioner Nick Ephgrave, 56, who led the team that ultimately solved Damilola’s murder. Taylor, aged 10, six years after he was stabbed to death in Peckham. Also entering the fray are outgoing Devon and Cornwall chief Shaun Sawyer, 59, former Bedfordshire chief Jon Boutcher, 56, and former New Zealand police chief Mike Bush, 61, who would become in the first foreign commissioner.

Sadly, none of the UK’s 13 female or deputy chief police officers came forward, many in solidarity with Dame Cressida. Home Secretary Priti Patel’s first choice, Dame Lynne Owens, a respected former head of the National Crime Agency, ruled herself out, and the Met’s acting deputy Helen Ball and her assistant commissioner, Louisa Rolfe, the public face of the Met after the kidnapping, rape and murder of Sarah Everard while serving PC Wayne Couzens last March; both refused to throw their hats into the ring.

“If anything, the women officers looked at the work and thought, ‘Is it really doable?’ Says a retired police chief, who carefully considered applying (he didn’t). “A lot of male officers just have this overwhelming confidence that they can do it and they will succeed. I would love to have done it and would never say never, but the substantial reform required needs the support of national and local politicians. I couldn’t see a place in the appointment process for that discussion.”

Former Chief Superintendent of Detectives Sue Hill, of the British Association of Women in Policing, says: “I hold Cressida in high regard but she was treated terribly. I hope that doesn’t discourage women in the future; It’s already hard enough work. But surveillance has become political… Life is too short to accept that poisoned chalice.”

The recruitment process also exposed a lack of senior black, Asian and ethnic minority officers for the £293,000 a year post. The fact that only two black officers in police history have reached the rank of police chief or deputy commissioner is a “failure,” according to the National Police Chiefs Council and Police College. On Tuesday, both bodies set out a racial action plan admitting they are “ashamed” of racism within their ranks.

At the Police Federation’s annual conference last week, Ms Patel deflected questions from Standard about whether women, girls or minority groups in London would have faith in the five challengers. The Home Secretary said the “terrible, terrible circumstances” of the murder of Miss Everard, the offensive WhatsApp exchanges between Charing Cross officers and the jailing of two officers for sharing images of the bodies of the murdered Bibaa Henry sisters, 46, and Nicole Smallman, 27, meant “we can’t sit still on this issue.”

Ms Patel, who will consult with Mr Khan on the appointment, added: “We have seen some of the most appalling and egregious behavior that has undermined public confidence in the police. At the same time, you have a Home Secretary who absolutely and fundamentally believes in policing, backs the police and has spent £17bn to give them the powers to go after criminals.”

Certainly, whoever succeeds Cressida Dick will have to deal with an imposing inbox. The Met has 43,000 officers and staff, many of whom are doing excellent detective work. Overall, shootings are down 37 per cent in London with 524 firearms seized. In the last five years, the fight against terrorism and the security services stopped 29 attacks. The Met’s Predatory Offenders Unit, which focuses on those who make the lives of women and girls hell, has made nearly 3,000 arrests in the last year.

But the violent crime epidemic saw a record 30 teenagers murdered in the capital last year. Vehicle theft is up 14 percent and only a fraction of those crimes and thefts are solved. There have been rampant accusations of sexism, corruption and racism on the force in the past 12 months, and two investigations, set up in the wake of Miss Everard’s murder, are set to inform Met culture. One, an internally commissioned investigation led by Baroness Louise Casey will single out the force’s Parliamentary and Diplomatic Protection Command, where armed PC Couzens worked, to see if there are “specific issues” within the unit.

The second is an investigation commissioned for the Home Office by Dame Elish Angiolini looking into the vetting flaws that allowed Miss Everard’s killer to work for three forces despite concerns about her behaviour. Operation Soteria is looking into allegations that rape investigations were quickly dropped after the women were branded “liars and time wasters”. Disciplinary hearings will also be held for serious misconduct for five police officers involved in the stop and search of Team GB athlete Bianca Williams and her partner Ricardo Dos Santos. Mrs Williams accused police of racially profiling the couple on July 4, 2020. Separately, the new Scotland Yard chief will have to find replacements for acting commissioner Sir Stephen House, Mrs Ball and others in the senior management team expected to exit stage left.

It is clear that a change is needed. “At the moment, the potential candidates for the next Met police commissioner don’t strike me as people who will fight for radical reform of the force,” observes Patsy Stephenson, the activist who was photographed being pinned down by officers during a vigil for the police. marketing executive Miss Everard in Clapham Common, an image that traveled the world. “Whoever replaces Cressida needs to understand the institutional racism, sexism, homophobia and transphobia that are rife within the Met in order to eradicate it.”

“The experience of many Londoners under the previous commissioner shows that diverse representation, even at the highest level, will not cure the culture of force,” observes Habib Kadiri of the stop-and-frisk campaign group StopWatch. Habib also adds that the current list does not reflect the demographics of London, which is around 44 per cent black or ethnic minorities.

Sadiq Khan is optimistic on the matter. “The mayor is unapologetic for demanding fundamental and deep-seated change at the Met after a series of devastating scandals that exposed misogyny, racism, sexism, homophobia and bullying on the force and saw trust plummet. at the Met to its lowest level on record (49 percent), down from 68 percent in March 2017 when Cressida Dick became commissioner,” says a spokesperson for Khan. “Sadiq is now working with the Home Secretary to appoint a new Commissioner who understands the depth of the cultural issues facing the Met and has a comprehensive plan to restore all Londoners’ trust in the service. Since May 2016, the number of female officers joining the Met has increased by more than 20% and the Mayor has set high targets for increasing the diversity of officers at the Met at all ranks, so that Londoners are fully reflected in their own police service and all of London’s diverse communities feel protected and served.”

Still, reform is at least high on the agenda now, and Shout Out UK founder Matteo Bergamini, who campaigns for political education in schools, says it’s unrealistic to expect overnight change. morning. Although people are “incredibly angry, designating someone other than a middle-aged white male to be symbolic isn’t going to solve the problem,” he says. “You could be setting them up to fail when the institution itself is the problem.”

Former Detective Sergeant Janet Hills, former head of the Met’s Black Police Association, agrees, pointing to sweeping reform under contender Mr Boutcher at various Luton and Bedford, which improved community relations. “Since the death of George Floyd in the US, all the use of the word ally has come up. Although black communities will get more of the same, whoever gets the Met role needs to understand how it can be effective. We thought the change would come with the first female commissioner but, for me, it got worse. In the meetings I had with Cressida and her senior team, it was like witnessing a flock of ostriches with their heads in the sand. The Met needs to own up to their institutional racism and say what they are going to do to address it.

“If the next commissioner is a white man, and he does, people will run to the Met to work with them.”