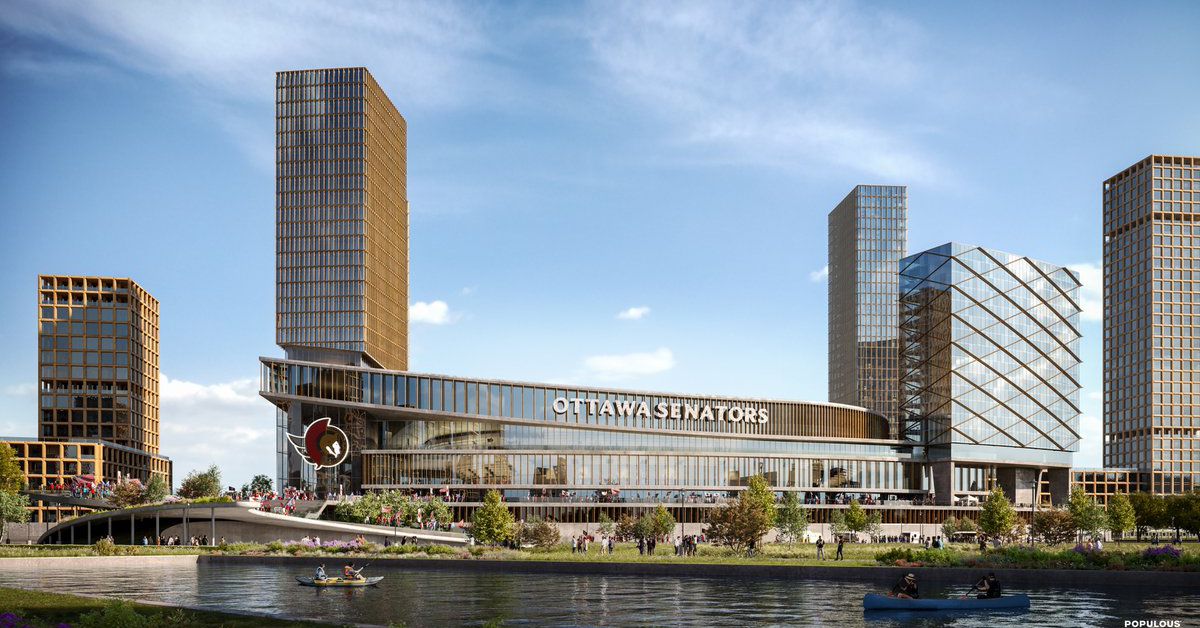 The National Capital Commission has announced Capital Sports Development Inc. as the preferred proponent of the “main attraction” component of LeBreton Flats, which is a consortium that includes the Ottawa Senators.

For the proposal, the Sens have partnered with Sterling Project Development, Populous, Tipping Point Sports and Live Nation. Populous is the design firm behind the T-Mobile Arena in Las Vegas and the Climate Pledge Arena in Seattle.

The specific plot of land in LeBreton is in Albert, between Preston and the city center – the big orange block in the image below. For those who have been following since the original process, that’s just a bit southwest of where it was in the original RendezVous LeBreton plan from 2015 (right in the middle).

The development includes the arena as well as the mixed-use development around it. Other than the very basic definition of that, which includes commercial and residential space, the only information we have is that it will include affordable housing.

On the design side, it’s still in the “very early stages,” so the final product could look very different from the concept image they released today. This also means that details about the building (seating capacity, services, etc.) are yet to be determined.

There is still a lot of work to be done: a memorandum of understanding has been signed, but the long-term lease is still pending. The NCC’s goal is to have it signed by the fall of 2023. The design, municipal permits, etc. are expected to be finalized in the same time frame, which will hopefully lead to shovels in the ground soon after it’s signed, seal and deliver the agreement.

It will still be a few years until the puck drops downtown, but we can once again look forward to it instead of just dreaming about it.

You can read the NCC press release here.