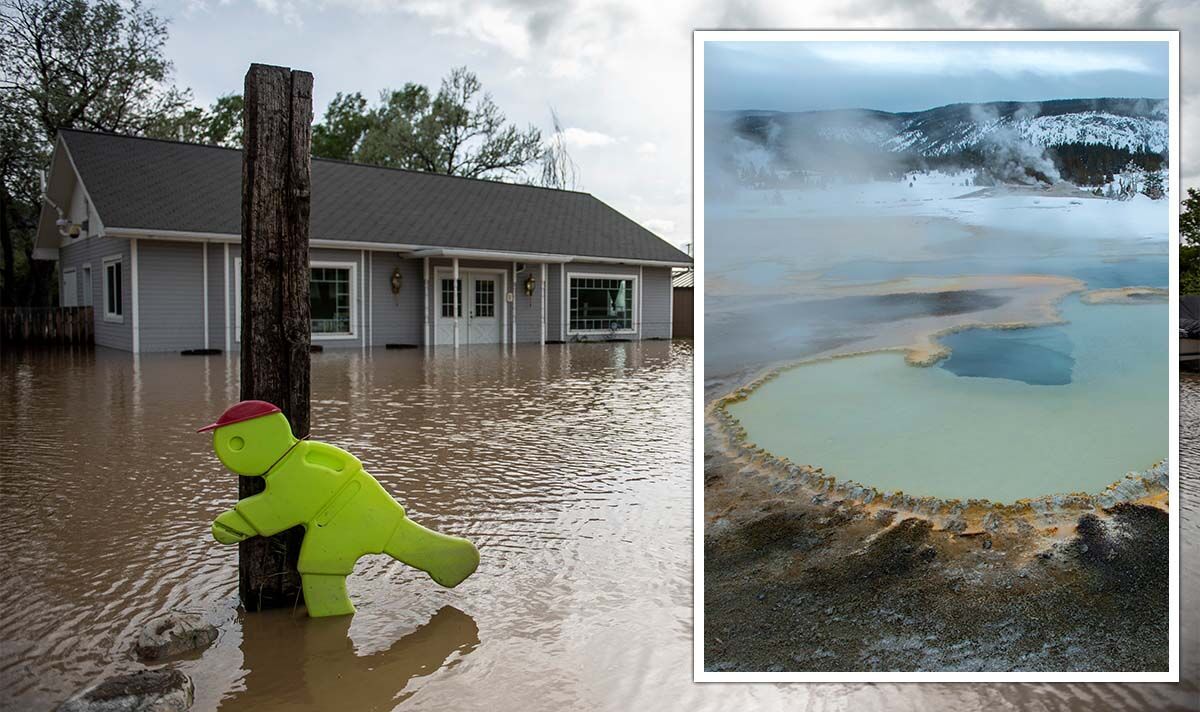 The floods have destroyed large stretches of roads and bridges and have inundated hundreds of homes in the surrounding areas. The disaster, which was caused by a combination of heavy rain and melting snow over a few days, may have irreparably damaged the landscape of the oldest National Park in the US. The deluge even affected a popular fishing river in the region, throwing it off course, with some reports warning that the change may be permanent.

Bill Berg, commissioner in nearby Park County, former AP: “The landscape, literally and figuratively, has changed dramatically in the last 36 hours.

“It’s a bit ironic that this spectacular landscape has been created by violent geological and hydrological events, and it’s not very helpful when it happens while we’re all here sitting on it.”

Fortunately, no casualties have been reported, even as the park was closed for the first time in 34 years.

Superintendent Cam Sholly said: “I hear this is a 1000 year event, whatever that means these days.

“They seem to be happening more and more often,”

Experts have repeatedly warned that these “eleven-one-in-a-millennium” natural disasters will become more common as climate change destroys the world.

“These things are going to happen, and they will probably happen with much more intensity.”

Sholly added that according to some weather forecasts, the flooding is expected to continue through this weekend.

Relentless rain and rapidly melting snow caused cabins in parts of southern Montana and northern Wyoming to be washed away, as floodwaters inundated small towns and knocked out power.

Authorities have now warned that flooding could threaten to cut off the drinking water supply to Montana’s largest city.

Local officials in Billings, Montana have asked residents to conserve water after supplies fell to 24-36 hours of water when flooding forced them to close the city’s water treatment plant.

Debi Meling, public works director for the city, told the AP, “None of us planned for a 500-year flood in Yellowstone when we designed these facilities.”

On Wednesday, residents of Red Lodge, Montana, which borders Yellowstone National Park, worked to clear thick mud and debris from a flooded home using shovels, a wheelbarrow and a pump.

Resident Pat Ruzich said: “We thought we had it, and then a bridge fell.

“And it diverted the creek, and the water started rolling out the back, broke a basement window, and started filling my basement.