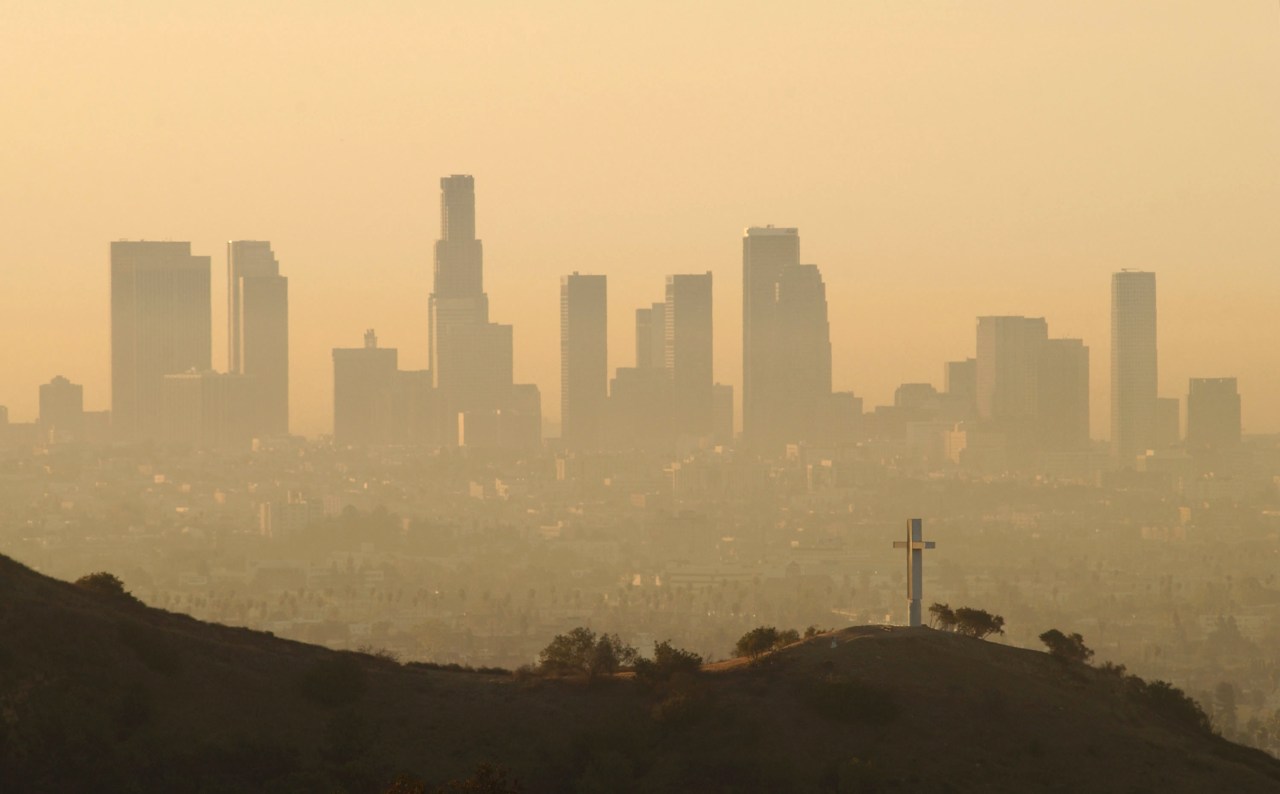 For decades, the historic smog in California has been almost as recognizable as the Hollywood sign and the Golden Gate Bridge.

Images from the 1950s show pollution so thick the tops of skyscrapers are obscured, and like weather reports, forecasts of smog alerts and “moderate eye irritation” warnings were offered so the public could protect themselves. The Los Angeles Times reported.

At one point, air pollution was so bad that motorcyclists working for a blueprint company donned gas masks from a military surplus store to combat “smog that was so thick they couldn’t see,” the Times claimed. .

“The masks also worked, the men said, making it possible to see and breathe more comfortably,” the report added.

However, modern Californians do not face the same level of air pollution. So what changed?

While gas masks provided a short-term solution, the federal government stepped in to help with the Air Pollution Control Act of 1955 and again in 1963 with the Clean Air Act.

Backed by Washington, DC, the Environmental Protection Agency began tracking smog and enforcing environmental regulations, and it had a big impact.

Beginning in the 1970s (and despite some setbacks), air pollution levels began to decline in Los Angeles, the Bay Area, and elsewhere in California and the Southwest.

In three decades, levels fell below the national standard of 9 parts per million across the region.

Even with a couple of cities experiencing spikes in air pollution, all measured areas have remained well below the national standard since 2002, the EPA chart shows.

While newcomers to Los Angeles might not realize it, longtime Angelenos noted on Reddit’s r/LosAngeles that they’ve never seen a drastic change in air quality in their lifetime.

One Reddit user, ranchoparksteve, said they moved to the area and worked on a downtown Los Angeles skyscraper starting in 1990.

“The layer of smog was obvious and unpleasant. The difference is amazing,” ranchoparksteve wrote.

Another user, Khowdung-Flunghi, said they moved to Southern California in 1977 and arrived in “bright orange” air, and part of their job duties in Pasadena involved monitoring each day’s smog alert.

“Trust me, it’s much better,” they posted. “Not perfect, but in hindsight a big positive change. I was able to witness it first hand, maybe there is hope for the future after all…keep going!”