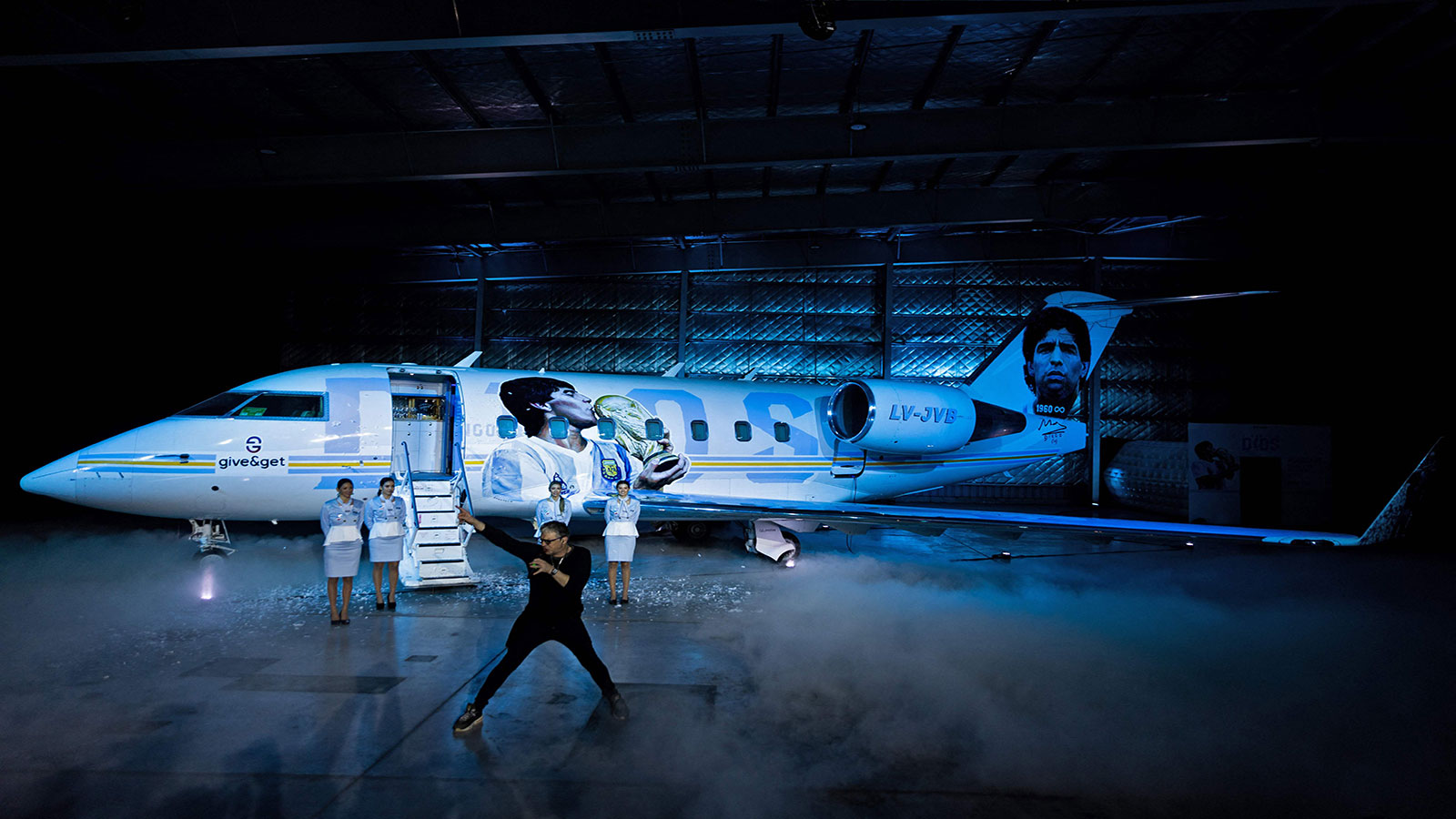 A plane dedicated to the memory of legend Diego Maradona has been unveiled ahead of the trip which will end in Qatar, which will host the FIFA World Cup later this year.

An Argentine company financed the 12-seater Tango D10S plane to turn it into a flying museum in honor of the late player, who took Argentina to the 1986 World Cup and died of a heart attack in November 2020.

An image of Maradona kissing the World Cup appears on the fuselage, while an image of his face is placed on the tail.

The wings include two images of the two goals Maradona scored in a 2-1 win over England in the 1986 quarter-finals.

“I’m in love with Maradona. I’m one of those people who still watches videos of Diego before going to bed,” Gaston Kolker, chief executive of financial technology firm Jeff & Gate, told Reuters. “This is the first World Cup without Maradona and maybe the last with (Lionel) Messi. I said, I want to make a Diego plane. So we call it Tango d10S.”

“When Maradona’s teammates saw it, they were amazed, they were impressed with the plane,” Kolker said at a plane unveiling ceremony in the presence of former players from the winning team.

The plan is to fly the plane around Argentina and eventually to Qatar, which will host the World Cup final in November.

Fans will be able to board a plane and leave a message for Maradona in the cockpit, “interact” with the late player through artificial intelligence and see memorabilia of him and the players from 1986.

The plane will also be available for private hire before being offered at a charity auction.