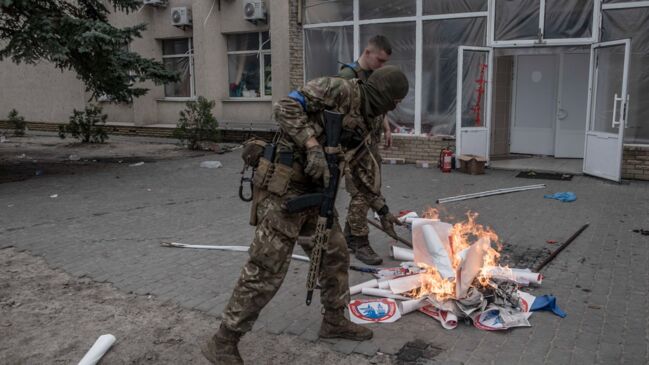 Ukrainian forces raised their country’s flag in the city of Lyman after driving out Russian troops. The victory in Donetsk and further progress in Kherson came days after Russia announced the annexation of four regions of Ukraine. Photo: Manu Brabo for WSJ

Ukrainian forces raised their country’s flag in the city of Lyman after driving out Russian troops. The victory in Donetsk and further progress in Kherson came days after Russia announced the annexation of four regions of Ukraine. Photo: Manu Brabo for WSJ

Ukrainian President Volodymyr Zelensky said on Sunday that Lyman, a key city located in one of the four Ukrainian regions that Russia annexed, had been “cleansed” of Moscow’s troops. The latest development, a feature of Ukraine’s weeks-long counteroffensive against Moscow’s invasion, comes as Russia moved to finalize the annexation of captured Ukrainian territories despite condemnation … Read more

Ukrainian soldiers drive an armored personnel carrier in the newly retaken area. Kyiv: Russia said on Saturday its troops had abandoned its Lyman stronghold in eastern Ukraine fearing encirclement and the leader of Chechnya, a close Kremlin ally, said Moscow should consider using a low-yield nuclear weapon in response. The fall of the city is … Read more

Russian President Vladimir Putin hosted a grand ceremony in Moscow on Friday to celebrate the annexation of four parts of Ukraine occupied by his military, while Kyiv pushed for faster NATO membership. US President Joe Biden has condemned Friday’s ceremony in Moscow as a “fake routine” that Putin put on to show strength, but instead … Read more 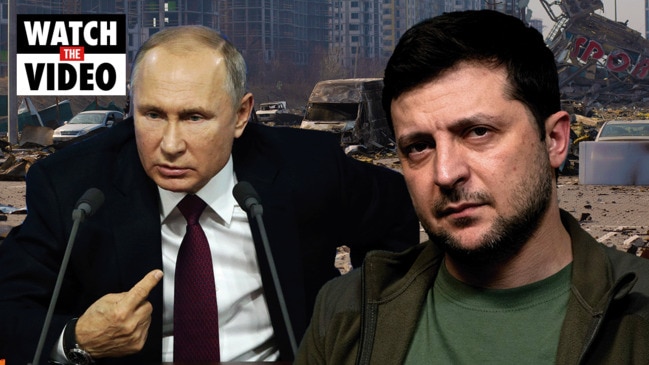 In a choreographed ceremony in Moscow, President Vladimir Putin announced the annexation of four Ukrainian regions occupied by Russian troops. A series of celebrations were scheduled on Red Square. Photo: Gavriil Grigorov/AFP/Getty Images

Russian President Vladimir Putin on Friday annexed four territories in Ukraine controlled by his army in a grand ceremony in the Kremlin and urged Kyiv to lay down its arms and negotiate an end to seven months of fighting. “We call on the Kyiv regime to immediately stop fighting and stop all hostilities… and return … Read more 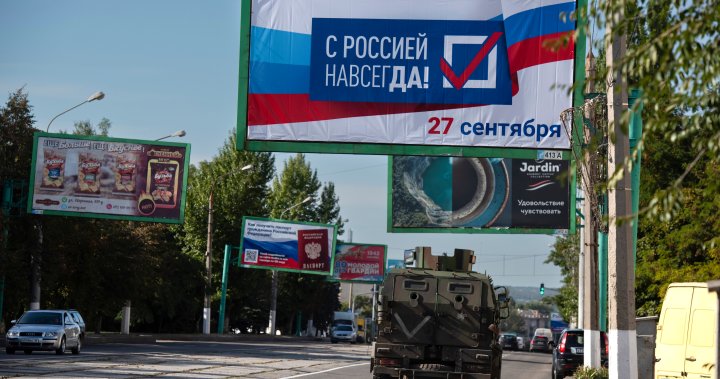 Canada’s national defense minister is “disgusted” by the news that Russian President Vladimir Putin intends to formally annex four regions of Ukraine on Friday. Putin, who saw his troops pushed back in a Ukrainian counteroffensive, will attend a ceremony in the Kremlin on Friday when four occupied regions of Ukraine will officially join Russia, Kremlin … Read more

Annexation polls were due to close on Tuesday in Ukraine’s Kremlin-controlled regions, as officials in Moscow repeated warnings that Russia could use nuclear weapons to defend the territories from Ukrainian counterattacks. Putin said that Russia would use all available means to defend its territory, implying that after the four regions were annexed, Moscow could deploy … Read more