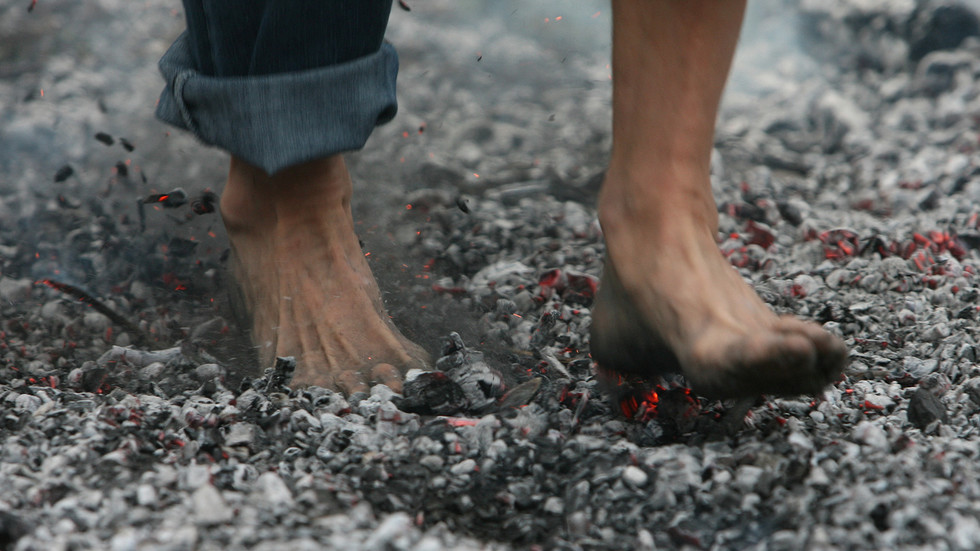 A fire-walking activity at a team-building event on Tuesday in the Swiss canton of Zurich went terribly wrong, resulting in 25 people being injured, including 13 seriously, local media reported. An internal corporate event turned into what local police have called a “major operation” for medical services.

“Walking on fire ignites the inner fire and mobilizes an unimaginable force,” promised an advertisement for walking on fire as part of mental and personality training, according to the Swiss newspaper Aargauer Zeitung. “Where clear motive meets discipline, success cannot be far behind.” another similar statement is read.

Apparently, these slogans were what prompted Goldbach AG, a conglomerate specializing in marketing and advertising, to reserve such an activity for its internal team-building event. However, an event supposed to lift spirits did not go as planned.


On Tuesday night, local rescue services were alerted that “several people had suffered burns after walking on hot coals”, the cantonal police said in a statement. Large police forces as well as rescue vehicles including ten ambulances and two emergency medical teams were deployed to the scene. Doctors had to treat 25 people who needed assistance, including “13 people [that] He had to be hospitalized with serious injuries.” reported the police.

An investigation into the incident has been opened. However, the company itself seemed to have downplayed the problem. Goldbach CEO Michi Frank, who was present at the event, said Wednesday morning that “a firewalk could be tried as a volunteer team activity” during what was called “Sales Day”. “After proper preparation, the participants were allowed to walk barefoot on pieces of burning charcoal,” the statement said, adding that several employees had “suffered burns” Y “He had to be treated on the spot…or taken to hospital.”


Iris Blaetter, Goldbach’s director of communications, has told reporters that “the fire walk was voluntary.” “The message on the site was: nobody is obligated, everything is voluntary”, she added.

The Swiss newspaper 20 Minutes, owned by the TX Group, which also owns GoldBach AG, initially published a story headlined: “After walking on glowing embers: 25 people injured, 13 seriously” but quickly changed the headline to “The fire walk was voluntary, we didn’t force anyone.” It appears that the article is no longer accessible on the newspaper’s website.

Then the media published another story, titled “Completely incomprehensible how 25 people could get hurt,” in which he had the advice of a firewalking coach and there was speculation about whether the preparation for the activity should have lasted longer.

It is not yet clear what consequences the organizers of the event or the company providing the firewalking activity could now face. The case has reportedly been taken over by the Swiss prosecution, according to the Klein Report newspaper.