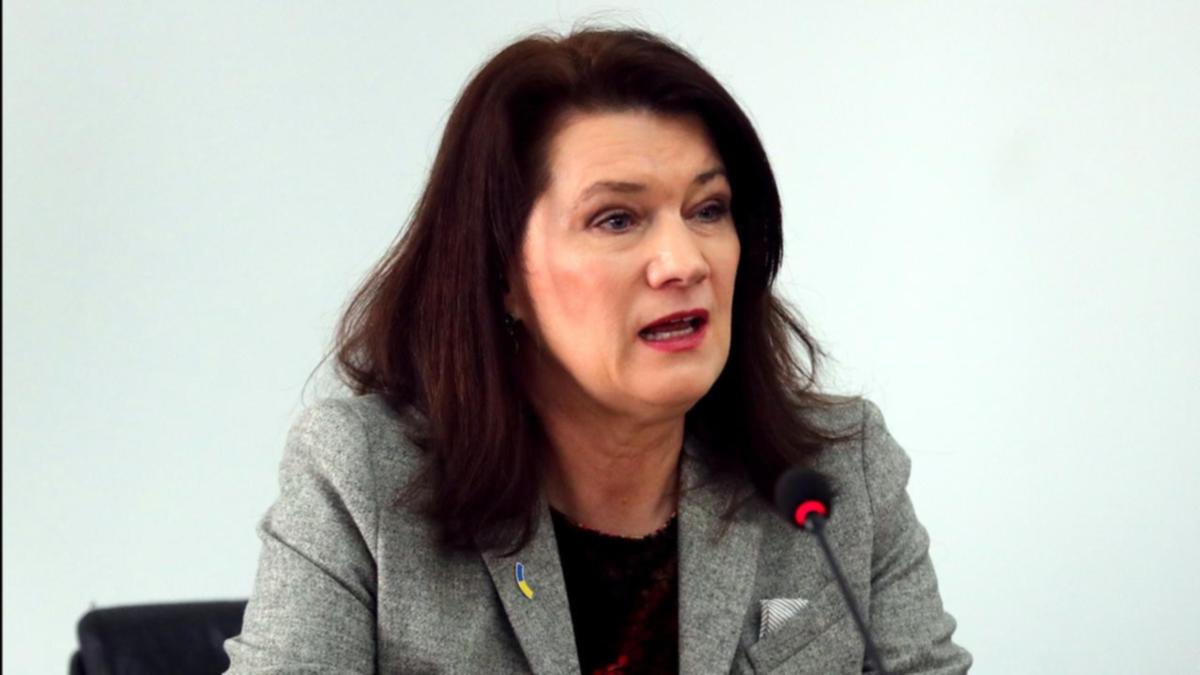 Swedish NATO membership would boost national security and help stabilize the Nordic and Baltic regions, Foreign Minister Ann Linde said, a day after neighboring Finland said it would seek to join the US-led alliance without delay.

Russia’s invasion of Ukraine has forced Sweden, and its closest military partner Finland, to publicly choose sides after remaining outside the military alliance since it was founded in 1949 to counter the Soviet Union in the Cold War.

Stockholm is widely expected to follow Helsinki’s lead and could apply to join the 30-nation North Atlantic Treaty Organization on Monday.

“Swedish NATO membership would raise the threshold for military conflicts and thus have a conflict-preventing effect in northern Europe,” Linde told reporters as he presented the findings of a security review of all the parties that examined the pros and cons of NATO membership for Sweden. .

“The most important consequence of Swedish membership in NATO would be that Sweden would be part of NATO’s collective security and would be included in the security guarantees according to… article 5.”

Although Sweden and Finland have long had close relations with NATO and regularly participate in exercises and its high-level meetings, they are not covered by its security guarantee.

The government said the report did not constitute a recommendation to join NATO.

The Left and the Greens were the only parties that did not support the report’s conclusions.

An application would have to be approved by all NATO countries and, later, by the Swedish parliament.

Turkish President Tayyip Erdogan said on Friday it was not possible for NATO member Turkey to support plans by Sweden and Finland to join the pact, saying the two countries were “home to many terrorist organizations.”

The Finnish and Swedish foreign ministries had no immediate comment on Erdogan’s statement.

Finnish and Swedish NATO membership would redraw the geopolitical map of northern Europe and create a largely unbroken ribbon of member states confronting Russia from the Arctic to the Black Sea.

On Thursday, Finland’s president and prime minister said the country, which shares a 1,300-kilometre border with Russia, must apply to join the NATO military alliance “without delay”.

Russia said Finland’s offer was a hostile move that posed a threat to its security.

Moscow said in April that it could station nuclear-armed missiles in the Russian territory of Kaliningrad, located between NATO members Poland and Lithuania in the Baltic Sea, if Finland or Sweden joined the defense alliance.

“If Sweden chooses to seek NATO membership, there is a risk of a reaction from Russia,” Defense Minister Peter Hultqvist said. “Let me say that in such a case, we are prepared to face any counter-response.”

Hultqvist said Sweden would also need guarantees from allies to cover the period between its application to join NATO and its ratification by existing members.

“Among other things, increased military exercises with international partners both on Swedish territory and in the immediate vicinity could contribute to raising the threshold (against an attack),” he said.

Sweden and Finland have received pledges of support from NATO members, including Britain, Germany and the United States.

On Sunday, Sweden’s ruling Social Democrats are expected to end decades of opposition and formally approve joining NATO. Parliament will then debate security issues on Monday.